Just as you (and I for that matter) thought that I had reached the end of this little mini series of mine, I realised that I had missed out on a couple of albums. A heinous crime and one that I felt had to be immediately rectified.

But, with big apologies all round, here’s an impromptu Part 5 of my Half-Way Through 2013 series… 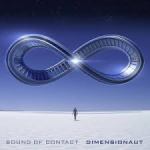 I will admit that three reasons drew me in to listening to “Dimensionaut”, the debut album from Sound Of Contact. The first was the fact that the band were signed to Inside Out, one of the most tried and trusted record labels within the industry, particularly if prog is of interest to you. The second reason was the cover artwork – those who have read previous blogs about me will not be surprised by this. The third reason was, if I’m honest, one of the names involved – none other than Simon Collins, son of Phil.

There’s no getting away from it – Simon is the drummer and vocalist for the band and he does sound freakishly like his Dad at times when he sings. Therefore, the comparisons with Genesis are inevitable. However, importantly, Sound Of Contact have proved with this impressive debut album, that they are more than capable of standing on their own.

“Dimensionaut” is simply brilliant and well worth checking out if you’re not already familiar with the band. The musical content is progressive rock on the lighter end of the scale and is very accessible. Aside from the epic closing track, the majority of the compositions are not overly long and, with plenty of hooks, melodic choruses and swathes of keyboards to soften the edges, there is an almost mainstream feel to much of the deceptively complex material. “Dimensionaut” is one of those albums that is so well put together that it’s almost impossible not to like it. Superb stuff. 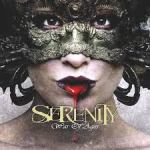 I have been a fan of Kamelot for many years and always felt that they were the kings when it came to symphonic melodic metal. Now though, with the release of “War Of Ages” from Austria’s Serenity, I have had to drastically revise this view. On the strength of the music on this album, I have to declare that Serenity are my new go-to band when I need a hit of melodic metal.

With a colourful theme, looking into the lives of some of history’s biggest names, “War Of Ages” comes out all guns blazing in an attempt to demonstrate how this oft-derided genre of metal can and should sound. The guitars are heavy, the rhythm section is really powerful and the symphonic elements are bombastic without being too over-the-top. Huge choruses are delivered too and the whole thing is topped off with a cracking vocal performance from Georg Neuhauser. Admittedly his stage persona and delivery borrows heavily from Kamelot’s ex-frontman Roy Khan, but when the guy can sing this well, who’s going to complain? 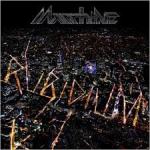 Here’s an album that has come out of leftfield for me and, I have to declare, has not even been released as yet (July 29th). However, if this mini review piques your interest, there are samples of this record out there (and watch out on the blog for an interview with the band in the near future)

Progressive rock is the genre but as you’d expect, this challenging album also dabbles with many other influences, ranging from jazz to Latin, metal to pop. It is a veritable smorgasbord of apparently disparate ideas that have been fused together into a package that is initially quite daunting but ultimately, once those melodies start to seep in, so very rewarding.

Prog fans will immediately note the overt Pain Of Salvation references, both in terms of some of the guitar work and via the lead male vocals from Luke Machin. However, these do not turn this quartet into a clone, far from it. Incorporating some lovely subtle female vocals via the band’s keyboardist, Georgia Lewis and some quality song writing along the way, the output remains impressively unique and really rather compelling. Another high quality prog band from the UK? There must be something in the water!

There are naturally a few bands that I have not mentioned. Some of these will be because they have not long been released or not been available on promo for long enough to form a proper opinion. I shall be resurrecting my ‘Top 20’ series at the end of the year, so please check back then to see if your favourite album of 2013 made it into my final list!