One of the most fascinating conversations I have with fellow music lovers and metalheads in particular is about the route they took when discovering this magnificent genre of music. Everybody has a different journey, one that inevitably leads to a different ending. Sure, we may all like roughly the same bands, but it is rare to find two metal fans who have the same favourite band or set of bands.

And, whilst I have covered much of this topic in some of my very earliest blogs (‘the early years’, ‘the University years’ and ‘the post University years’) I thought it might be fun to plot my journey to date a little more briefly via the bands that helped me to get from this… 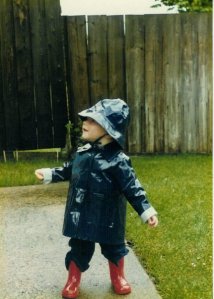 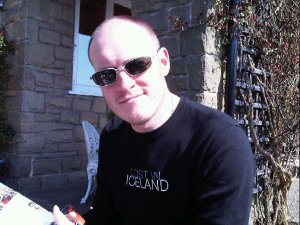 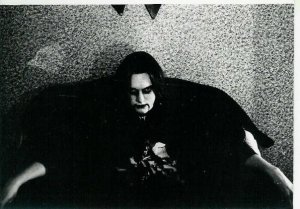 Starting at the very beginning, I was brought up on a diet of Queen, ELO and Dire Straits. My Dad would play albums by these three bands in particular in the car on a very frequent basis and, as I got older, began somewhat inevitably to appreciate these bands and, on a wider scale, guitar-based music in general. Of the three, Queen remain my favourite, with ‘Innuendo’ my album of choice. That said, songs like ‘Roll Over Beethoven’ and ‘Brothers in Arms’ hold a special place in my heart.

I didn’t really get more interested in music until my early teens when I bought my first CD player. At that time, I was heavily influenced by my best friend who, at a year older than me, was already a fair way along his own personal journey. He introduced me to both Guns ‘N’ Roses and Def Leppard, both of which remain important to me.

However, I’ve got to be honest and say that Bon Jovi were also a pivotal figure in my early listening, albeit no longer. I never really got into the whole ‘hair metal’ scene, despite an initial and lasting love of ‘Slave To The Grind’ by Skid Row – a classic album in my opinion.

I dabbled with these bands for a long while but, as I became more adventurous, two new names became massively important: Iron Maiden and Metallica. The former I became a fan of via their album ‘The Number Of The Beast’ and the track ‘Hallowed Be thy Name’ in particular. The latter, I admit, came to my attention via the ‘Black Album’, although I was quick to delve into their back catalogue once the seeds had been sown. To be honest, I rarely listen to their 1991 classic album anymore, although I am not silly enough to decry its obvious importance to me.

So far, so very ordinary I guess. But then, as I was about to get into thrash metal in a big way, thanks to the likes of Megadeth et al, I found myself suddenly veering down a more modern path, discovering new kids on the block Pantera, Machine Head and Fear Factory. What’s strange though, is that aside from these three bands, my attention was not held for long. I still listen a lot to these three, but as far as many of their contemporaries are concerned, I was only vaguely interested at best. The result of this, I must admit that I have never got into thrash metal as much as perhaps I should have done. There are certain bands that I listen to a lot, such as Exodus and Testament but in general, the scene has, to date, passed me by a little.

I never ventured into grunge territory and nu-metal turned me off immediately. I wanted ‘proper’ metal, not what I perceived at the time to be ‘rap-rock rubbish’. To a certain extent, I maintain this view although my description may be a little more measured and less dismissive these days.

And so, whilst many of my peers were discovering a whole new sub-genre, I found myself going completely the other way. Beginning with the dark Gothic overtones of Type O Negative, early Anathema ,Sentenced and Moonspell, I eventually found myself embroiled in the black metal scene. Cradle Of Filth sat front and centre of this new-found love, although thanks to the fortunate discovery of ‘Enthrone, Darkness, Triumphant’, Dimmu Borgir were never far behind. Neither were Emperor to be honest. I loved the mix of fast aggression and melodic interludes that many black metal bands of the mid 90s provided and I devoured this scene. I still love the early albums by Cradle Of Filth and with a small dose of home-town loyalty, they’ll always be a special band for me.

Not long after heading to University, my head was turned yet again. This time, the sub-genre was ‘the Gothenburg scene’ or ‘New Wave Of Swedish Death Metal’. Dissection blew me away, acting as the bridge between the black and death metal thanks to their opus ‘Storm Of The Lights Bane’.

However, soon after, it was In Flames that captured my heart. The album was ‘The Jester Race’ and the song that cemented the love was the instrumental ‘The Jester’s Dance’. Sublime.

Dark Tranquillity, Soilwork and early Arch Enemy quickly followed into my collection. And, whilst I still adore the former two, I must admit that my enjoyment of Arch Enemy has waned somewhat over the years. It would be unfair to attribute all of that to the change in vocalist, but the dismissal of Johan Liiva was a mistake in my opinion.

And then, in something of a curveball, I found myself enjoying the less intense and more light-hearted (some might say ‘cheesy’) genre of power metal. It all began with a chance hearing of ‘Valley Of The Kings’ by Gamma Ray and for a few years on and off, the likes of Rhapsody, Dragonforce and Edguy gave me a lot of instant sonic gratification.

And as we near the present day, it will come as no surprise to learn that progressive metal is my newest and currently, my biggest love. I was hankering after a genre to really test me, to give me something to think about. Prog was the answer. After discovering Evergrey, the floodgates opened. I devoured much of the InsideOut Music label, discovering Pain Of Salvation, Vanden Plas and Haken in the process.

InsideOut remains one of the most important sources of music for me, but I am always on the look-out for other bands, whether or not they are well-known. That said, I am likely to forever be in the never-ending process of discovering everything that the genre and its spin-offs have to offer. I came too late to truly ‘get’ Rush but I am loving the neo-prog movement in latter years. And, as I get older, the lighter end of the prog spectrum is becoming ever-more enticing, with Big Big Train being the catalyst for this.

And, although prog metal is still my favourite subgenre, I still listen to everything that I have mentioned in this blog and so much more besides. The whole melodic doom metal genre to include bands like Swallow The Sun, Insomnium and Daylight Dies remains important to me.

And in addition, a new door that has opened in recent years is that of melodic rock and AOR. Sometimes a bit of musical fluff is exatly what I need to dilute all that aggression.

As I have written this blog, I have had my collection on shuffle, enjoying the likes of Amorphis, Slayer, Transatlantic, Katatonia and Audrey Horne in the process.

And, as for those that I have never ‘got’? Well thanks to this path I have taken over the years, I have to admit that aside from nu-metal and huge swathes of thrash metal, Motorhead, Aerosmith, Slipknot, Nirvana and Tool are just a few of the high-profile names that I’ve never really warmed to. That’s not to say I dislike them, just that they’ve never really hit the mark with me personally. The great thing about music however, is that I still have plenty of time to change that, should I so wish. Over to you…