My ‘Unknown & Underrated’ series continues apace with another very worthy band attracting the spotlight. If you’re interested in reading the other entries in this series, they can be accessed via the following links:

But enough of that, on to today’s main event:

There are those of you who are already fans of this band undoubtedly thinking ‘these guys are neither underrated or unknown’. And, to a certain extent, you’d be correct. However, based on the quality of the output, I’m of the opinion that today’s choice should be several times more successful than they are. 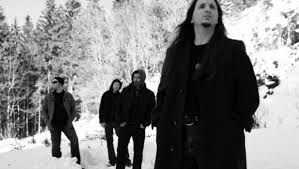 Agalloch are a band that enjoy a level of cult status in the metal underground but are far from well-known across the metal community at large. The reasons why elude me, as this American band are absolutely fantastic and should definitely enjoy much more success than they do currently. Personally-speaking, I think I have just about everything Agalloch have done, including two copies of the ‘Ashes Against The Grain’ boxset, one with the ashes and one with the bones. It just had to be done! But I digress…

At a time when metal bands are consistently trying to push the boundaries and come up with new and exciting sounds, you’d think Agalloch would find a lot of favour with listeners. Post black metal, post rock, post progressive black doom sludge, you name it, it seems to exist these days.

And in the case of Agalloch, they themselves are relatively unique. With a base firmly rooted in black metal, their sound then tends to extend in all sorts of different directions. And, somewhat unusually, the musical approach of their full-length albums differs somewhat to their shorter EPs. 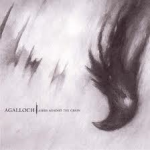 Taking their longer albums first, the black metal is not, lyrically-speaking, of the more usual satanic or occult type. Instead, there’s a strong ‘earthy’, almost Pagan approach to the songs and the accompanying lyrics, creating a completely different vibe focusing on themes of death and the natural world. This is borne out from some of the song titles, such as ‘Ashes Against the Grain’ or ‘Not Unlike The Waves’. The compositions are often long, drawn-out affairs that allow epic vistas to be painted in the mind’s eye of the listener. Hailing from the Pacific West Coast of America, those vistas are ruggedly beautiful and conjure up images of vast sweeping landscapes. A feeling of wilderness is communicated so eloquently that I listen to albums like ‘The Mantle’ and I’m transported thousands of miles away, although I strangely feel warm and comforted in spite of the musical direction. I know, it sounds odd, but sometimes it is really hard to put feelings into some kind of coherent and eloquent prose. 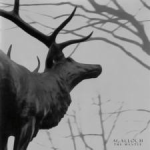 And musically, whilst the productions tend to favour the lo-fi and organic black metal approach, the scything, cold riffs and intense blast-beats that typify the genre are used sparingly, in favour of a markedly different approach. The metal remains aggressive with the ubiquitous harsh vocals present and correct (albeit not exclusively), particularly on the band’s most recent full-length effort, ‘Marrow Of The Spirit’ but overall, there’s much more to the Agalloch sound than just aggression. So very much more. 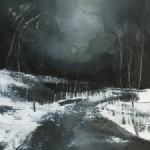 Clean-sounding electric guitars introduce certain tracks with an air of understated beauty, acoustic guitars strum gently in the background to others in order to create a more organic sound to the music. And then there are the mournful and evocative lead guitar melodies that build gently and then weave in and out of the compositions, tugging at the heartstrings all the while. All this is then supplemented by some rich piano and synth work that provides a further richness and elegance to the compositions.

It is this sense of depth and the willingness to experiment that I love so much about Agalloch. They’re not afraid to play around with emotive atmospherics and melodies to mix things up and soften the extremity. It speaks volumes about their song writing skills as well, because the music just ebbs and flows beautifully, where light and shade merge seamlessly, keeping the listener completely engrossed and captivated from beginning to end.

In contrast, their EPs tend to be much more experimental in nature, encompassing ambient and even folk music amongst a myriad of other ideas. Their ‘White EP’ for example features acoustic, post-rock and ambient tracks that really hit a nerve with me, each and every time I listen. For example ‘Hollow Stone’ brings me to tears. Agalloch even incorporate spoken word passages from the film ‘The Wicker Man’ into the music to great effect. And yet, despite all this, the music sounds typically Agalloch and beautifully crafted as a result.

I have tried to do the music justice and communicate to you just how much I love this band, but they make it exquisitely difficult. My hope now though is that I have piqued your interest enough to give Agalloch a try. I’m sure that if you do, you’ll really enjoy them too. And now, with a new album just around the corner entitled ‘The Serpent & The Sphere’, the timing couldn’t be more perfect.