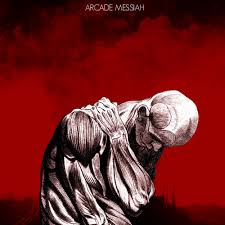 Instrumental metal is not generally a subgenre of music that I particularly enjoy. I find that, more often than not, the music tends to be lacking a vital ingredient, one which renders the output rather one-dimensional and, well, boring. Of course there are exceptions to every rule and last year, Marcus Jidell (ex-Evergrey) showed us just how it could be done. Fast forward to the present and here we have the latest instrumental album to try to convince me that the exception could actually become the rule.

And, whilst I’m not for one minute suggesting that the worm has turned entirely or that I’m a converted fan of instrumental rock/metal, it is a bit like London buses – you wait years for a decent instrumental album to be released and then two come along in successive years.

Arcade Messiah is the name given to the latest project masterminded by the prolific John Bassett. Best known for his work under the KingBathmat moniker, 2014 has instead been the preserve of other musical creations. Earlier in the year we were treated to a solo John Bassett album (‘Unearth’) where the focus was on acoustic guitars and emotive vocals. With Arcade Messiah, the approach is markedly different.

The focus for Bassett with this project is on something entirely darker, heavier and, in many ways, more challenging. And I must say that, for my tastes, this is a very good thing indeed. In fact, if your personal penchant is for big riffs, lots of big riffs, this self-titled album will be right up your street too.

Comprised of seven tracks, ‘Arcade Messiah’ doesn’t try to overdo the content at all, leaving the listener sated but not exhausted, meaning that repeated listens are encouraged. That said, aside from the shorter, quieter and rather haunting ‘Aftermath’, this album is a dense, multi-layered and subtly progressive heavy metal album with plenty to keep you fully entertained. 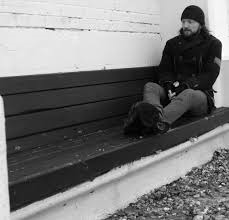 The album kicks off with the title track which can be best described as an up-tempo slap in the face of a metal track. The central riff is instantly memorable, supported by some powerful drumming and great rhythm section in general. There’s a hint of doom/stoner to the tone of the six-string instrument but it is definitely not a doom metal track. The melodic refrains and introspective passages help to create atmosphere and an intensity that pulls in influences from classic metal, prog and post rock.

It’s a great start to the record but crucially, the quality doesn’t diminish during the remainder of the album. Heck, the opener isn’t even my favourite track on the album. This accolade is reserved for the fantastic ‘Your Best Line of Defence is Obscurity’ (link below), which builds from quiet and humble beginnings into a wonderfully uplifting, almost euphoric piece of music. The post-metal influences are right at the forefront of the composition but it’s again the strong riff and the guitar harmonies that strike a chord with me, if you’ll be good enough to pardon the pun.

Elsewhere, ‘Traumascope’ follows a similar pattern in that it builds stubbornly throughout its length, culminating in a big conclusion that hints at the likes Mastodon at various points. ‘Everybody Eating Everyone Else’ is altogether more antagonistic and confrontational but given time weaves its progressive magic amidst an apparent tumult of sound. ‘The Most Popular Form of Escape’ reintroduces the aforementioned stoner and doom references to nice effect whilst ‘Roman Resolution’ offers a fittingly epic and majestic conclusion to the album, once again dominated by an instantly memorable lead melody that sticks in the mind long after the track has ended. Not for the first time during the album I’m gently reminded of artists like Devin Townsend and a slightly calmer Isis both of which are strong positives for yours truly.

Overall, I’m very impressed with this release. Given my normal misgivings with instrumental ventures, the highest praise I can give Mr Bassett and Arcade Messiah is to say that the strength of the music means that I don’t find myself bemoaning the lack of vocals at any stage. Without doubt, ‘Arcade Messiah’ is the strongest instrumental metal record of the year.

Check out my other album reviews here: