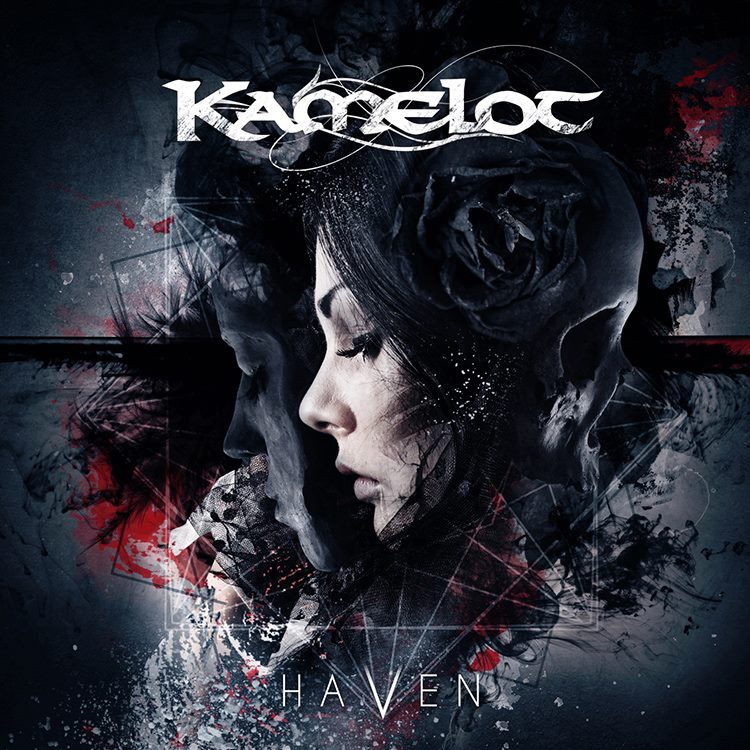 If I look back around 10-15 years, I had one go-to band for melodic metal: Kamelot. Their albums ‘Karma’ (2001) and ‘Epica’ (2003) remain firm favourites in my collection. The former was actually discovered via a trip to my favourite record store many years ago – it was playing in the background and before the completion of ‘Forever’, the second track, I was sold. There began a love affair with the American-based metallers, led by the charismatic vocalist Roy Khan and the compositional strength of guitarist Thomas Youngblood.

However, over the years, my interest has gradually waned. One reason for this has been, in my eyes at least, a run of albums that have not fully fired my enthusiasm. The departure of Khan a few years ago naturally didn’t help, particularly given the fact that his voice became such an integral ingredient of Kamelot’s success. But more than that, I felt, as a somewhat biased fan that wanted to love everything, that they were in danger of just going through the motions. Fair or unfair, it was my perception.

This perception has not been helped over the last few years either by the actions of their more direct competitors. Suddenly, albums like ‘War Of Ages’ from Austria’s Serenity or ‘Distant Is the Sun’ from Australia’s Vanishing Point really upped the ante and delivered stormingly strong material. To be perfectly honest, Kamelot were no longer my ‘go-to’ melodic metal band.

Even the introduction of one of my favourite metal vocalists, the supremely talented Tommy Karevik of Seventh Wonder didn’t initially help. Previous album, 2012’s ‘Silverthorn’, once again fell flat in my opinion, with Karevik sounding far too much like a Khan clone for my liking. Nevertheless, the name Kamelot still gets me interested and so when ‘Haven’ was announced, I was keen to hear it.

The really great and thoroughly welcome news is that ‘Haven’ is definitely a quality album and much more of a return to form. It follows the tried and trusted Kamelot blueprint but in many ways it feels like a lot of the fire is back in the collective belly, meaning the material is stronger as a result. There are very few genuine surprises throughout but instead there’s a feeling that the band are once again playing to their strengths that were more present around the turn of the millennium.

There’s never been a question over Youngblood’s song writing prowess. Let’s be honest, anyone who can pen a track like ‘Forever’ or ‘Center Of The Universe’ knows what they are doing. With ‘Haven’, he picks up where he left off in the early noughties and once again delivers a set of songs that are big on melody, contain hooks galore, are full-blooded in terms of their tempo and intent and contain a lot of head-bang-worthy riffs. Youngblood is seemingly a master at writing memorable lead guitar lines and soaring lead solos and there are plenty of these to be heard throughout, as well as a punchier and dirtier guitar tone that adds a really nice crunch to the music. The oft-maligned Casey Grillo once again displays his undeniable professionalism, laying down a generally mid-tempo but powerful pounding beat, ably assisted by bassist Sean Tibbetts. Together they are the unsung workhorses of the band. Keyboardist Oliver Palotai adds a richness and depth to the compositions, flitting between the unobtrusive and the downright pompous as and when the music demands.

Pleasingly on this album, the peerless Tommy Karevik has apparently broken out of Khan’s shackles and more often than ever before, he actually sounds like himself. From the moment he was unveiled as the new vocalist, I wondered how Karevik would fit into a Kamelot-type band that has very defined perameters. With Seventh Wonder, he could arguably use his impressive and effortless range to greater effect and, based on ‘Silverthorn’, my scepticism was partially vindicated. With ‘Haven’ however, there are many more occasions where he sounds like himself, such as on ‘Veil Of Elysium’. Once again, Karevik laces his performance with plenty of emotion and its a real boon for Kamelot having him on board.

In terms of the lyrical content, ‘Haven’ is the first time that Kamelot have all but abandoned their concept approach, this time favouring an album comprised of stand-alone tracks that don’t necessarily follow a particular thread. There’s still a great deal of the usual Gothic-tinged imagery on display, as is the Kamelot way, but each song stands on its own feet lyrically.

Other album highlights are rather plentiful. The album kicks off in full overblown theatrical style where Palotai lets his symphonics lend a lush and dramatic backdrop to a track that is both heavy and truly epic in scope despite only lasting around the five-minute mark. ‘Insomnia’ features a hook-laden chorus that’s genuinely addictive. Then there’s the full-on ballad ‘Under Grey Skies’ which begins slowly but which explodes into a stunning crescendo, complete with guest vocals from Delain’s Charlotte Wessels. I was underwhelmed on a first listen but with time it has blossomed into one of the best tracks on the record. ‘My Therapy’ offers a monster sing-along chorus whereas ‘Beautiful Apocalypse’ features an interesting and compelling central melody, surrounded by some really great riffs and lead embellishments, along with a hint of the Middle East. ‘Liar Liar (Wasteland Monarchy)’ is classic Kamelot, full of power, intensity and a gargantuan chorus that’s both massively melodic and heavy, thanks in part to some impressive double-pedal drumming. But in a twist, the track also features the savage deathly growls of Alissa White-Gluz (Arch Enemy), something that further enhances an already great track in my opinion.

But, a word of caution: it’s not all positive. There are a few moments on this record where the quality, in my opinion, dips and I lose a bit of interest. The dreaded ‘going through the motions’ description hovers very close to my lips, something that’s so frustrating given the overall positive nature of this record. I also believe that there is the odd occasion where Karevik reverts to ‘Khan’ mode such as within the slightly sub-par ‘Citizen Zero’.

If it sounds like I’m being picky, it’ because I am. A band like Kamelot should be a genre leader and untouchable; they’ve done it in the past, so there’s no reason why they cannot reclaim their crown. In short, ‘Haven’ is a thoroughly positive album and definitely my favourite for some time. Big strides have been made in terms of the quality, consistency and hunger on display. As such, I really enjoy listening to it. However, does ‘Haven’ once again make Kamelot my go-to melodic metal band? I’m not sure. I guess only time will tell. All I can say is that the more I listen, the more I like ‘Haven’ and the more I gradually take it to my heart.