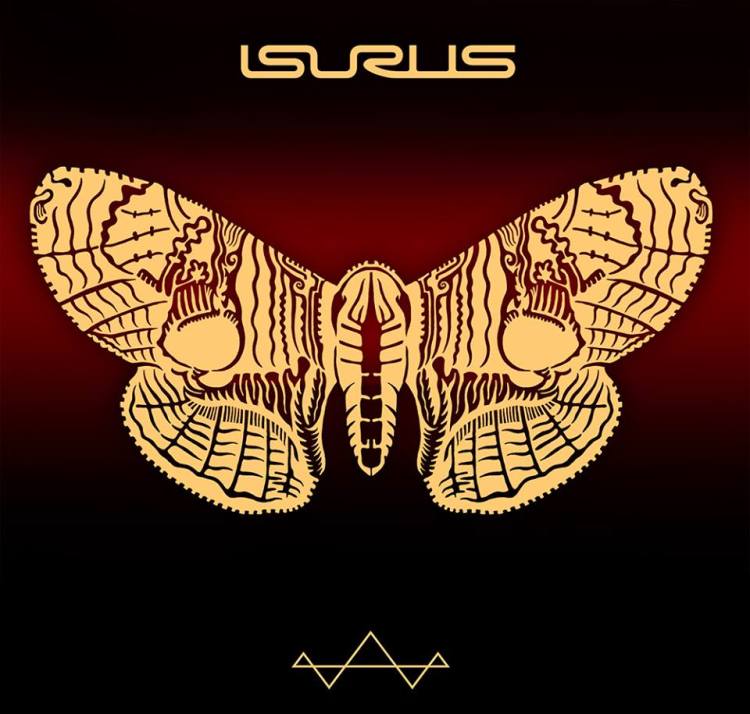 One of the biggest buzzes I get through writing this blog and writing about music in general is from the discovery of new music. I’m not one to sit still and rest on my laurels; I’m always on the look-out for the next band or artist to impress me and offer another fresh and exciting listening experience. The fact that I get bands coming to me on a daily basis asking for me to take a listen to this or that, is a bonus that I welcome. Some of it is not to my taste at all or is not of a great standard but occasionally, just occasionally, one artist will rise out of the flood of mediocrity and make a big impact upon me. One such band is Isurus.

Isurus are a London-based band that has been in existence since 2007 and are comprised of vocalist Braun Amore, guitarist David Bonney, drummer Thomas Drew and bassist Daniele Gravina. I believe I’m right in saying that the band began their existence as an all-out thrash metal band but, over time, have developed and morphed into an entirely different beast. Whilst I’m loathe to ever pigeon-hole bands into any one definitive genre, for the sake of brevity and to give an initial idea to readers, I’d refer to Isurus as progressive metal. However, other influences and ideas are at play within the band’s sound that make the music of Isurus as strong as it is.

‘Logocharya’ represents Isarus’ sophomore album release, which sees the light of day some four full years since their debut, ‘Telos’. At the time of writing, I remain unfamiliar with the content of the debut and so am unable to comment upon it. Suffice to say that based on the strength of its successor, I intend to rectify this in the very near future. For the time being though, it allows me to focus on this new material without being coloured or distracted by what went before, something which can be as helpful as being familiar with every note and nuance of a band’s career. I am free of any bias and unhindered by any emotional attachment to the artist.

The question then begs itself: what do I think about ‘Logocharya’ then? In short, I think it is rather great. But allow me to elaborate.

I’m not a fan of Tool. I have tried on many occasions to fall under the spell of this cult US band, whose compositional nous and playing skills are without question, superlative. They are just not for me somehow. The relevance of this becomes clear within the first minute or two of opening track ‘Logos’, which wastes little time in hitting the listener with a groovy, heavy and powerful riff courtesy of Bonney that delights with its power and the clever time signature that it employs, transcending from the ordinary to the special in my opinion. It is further enhanced thanks to some really brilliant drumming from Drew and Gravina’s clever bass lines that together are much more than just a metronomic backbone of the music. The track eventually opens up into a killer melodic crescendo and I’m reminded fairly quickly of tracks like ‘Schism’ by Tool, one of the few tracks by them that resonates with me.

Initially flummoxed by my enjoyment of Isurus in spite of the overt Tool references, I listened again and again until it dawned on me that the Isurus sound is much more multi-dimensional than that. They might be subtle or not immediately apparent, but there are other ingredients within the Isurus sound that offer demonstrable originality and prevent the dreaded ‘clone’ description. Elements of both classic-era and more modern progressive rock, Bay Area thrash (particularly within some of the heavier, more straight-up riffs), alt-rock and tech/math metal are fused into the overall sound making for a very ambitious final product. Crucially, it all comes together to enhance the compositions rather than detract from them; the songs remain at the forefront of the quartet’s collective minds and so, however technical things become and however many polyrhythms are experimented with, there’s something for the listener to latch on to, thereby creating a certain addictive quality to the music.

‘Orbis’ has a big thrash feel initially but then moves back and forth into more modern metal territory that nods its head in the direction of Slipknot and others of their ilk, albeit toned down and not as brutal. There’s plenty more by way of instrumental dexterity but equally, there’s enough mid-tempo groove to get the head nodding. ‘Gaea’ offers more in the way of the modern alt-prog movement, bands like Karnivool for example. The bass rumbles under a subtle clean guitar line and the vocals of Braun Amore echo the aforementioned’s Ian Kenny when delivering a more restrained lead vocal. ‘Hospes’ introduces some lovely double-pedal drumming within a more extreme metal framework that also features some big synth embellishments and plenty of dramatic light and shade. ‘Arca’ takes the foot off the pedal and introduces a strong, simple melody that sticks in the mind nicely but which then morphs cleverly into a chugging thrash-influenced track. And then there’s the instrumental track, ‘Yama (part 1)’, which is quite beautiful.

The most pleasing thing is that ‘Logocharya’ is a very consistent beast and so I could reference something positive within most of the tracks for one reason or another if I’m honest. That said, there’s a nagging feeling that, just occasionally within this 11-track album, it would be nice if Isurus opened up and let rip as witnessed in the final minute or two of the opening track. However, that’s arguably just me being very picky indeed.

In a previous paragraph, I made reference, amongst other things, to the vocals; this is definitely one of the big strengths of Isurus. Too often I find that technically gifted musicians are let down by their choice of lead singer; it irks me more frequently than it should. That’s not the case with Isurus because in Braun Amore, they are blessed with a vocalist who not only has a great range but has a kind of effortless power which actually conveys quite a bit of emotion. And whilst I wish that he’d mix things up a little more than he does and deviate more from the higher-pitched full-power approach that sounds somehow Australian (I can’t quite put my finger on why this is), you can’t really fault the end product.

If all this wasn’t enough, the album has been self-produced but mixed by the heavyweight Daniel Bergstrand (Meshuggah, In Flames) at Dugout Productions, meaning that ‘Logocharya’ is blessed with a really punchy sound that does the music real justice.

If you’re looking for an album that’s big on technicality and complexity but that doesn’t forget the importance of real songs that groove and properly rock out, you could do an awful lot worse than check out Isusus’ ‘Logocharya’. This is most definitely one of the finds of 2015 so far for me, that’s for sure.