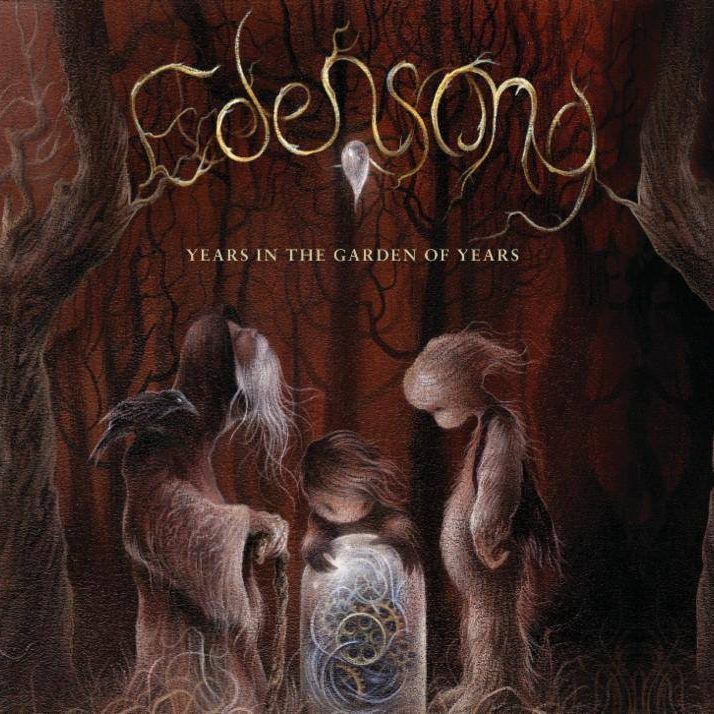 Album Title: Years In The Garden Of Years

I’m always on the look-out for bands that may have slipped under the radar a little that are worthy of a little extra love and attention. Edensong are just one such band, having been alerted to their existence via a friend and fellow blogger on all things progressive.

To provide a little context and background, Edensong are a New York-based progressive rock band whose roots date back to 2002 although it wasn’t to be until 2008 that the band in their current ‘modern day’ incarnation was to release their debut album, ‘The Fruit Fallen’. Comprised of guitarist/vocalist James Byron Schoen, drummer Tony Waldman, keyboardist Stefan Paolini, bassist TD Towers and flautist Barry Seroff, Edensong clearly put a lot of time and effort into their recordings because ‘Years In The Garden Of Years’ is only their second full-length release.

To be more specific, this album has taken over five years to bring to fruition, a not-inconsiderable outlay of time, effort and dedication to the cause. And the cause for Edensong is all-out unashamed progressive rock and, in the case of ‘Years In The Garden Of Years’, a progressive rock concept album.

The eagle-eyed amongst you will have noticed the inclusion on a flautist in the line-up in the form of Barry Seroff. Whilst this doesn’t immediately mean that Edensong are a band doing their best to keep the prog of the 70s alive à la Jethro Tull et al, there is a certain amount of homage paid to the prog of yesteryear. That said, Edensong also have one eye firmly on the modern day and it is this blend of the old and the new, as well as rich and engaging compositions enhanced by the inclusion of string instruments and backing vocals from all corners of the band that makes ‘Years In The Garden Of Years’ such a pleasure to listen to. That and the fact that despite generally favouring acoustic guitars within their music, Edensong are not afraid to properly rock out and crank up the aggression just a notch or two when the need arises. 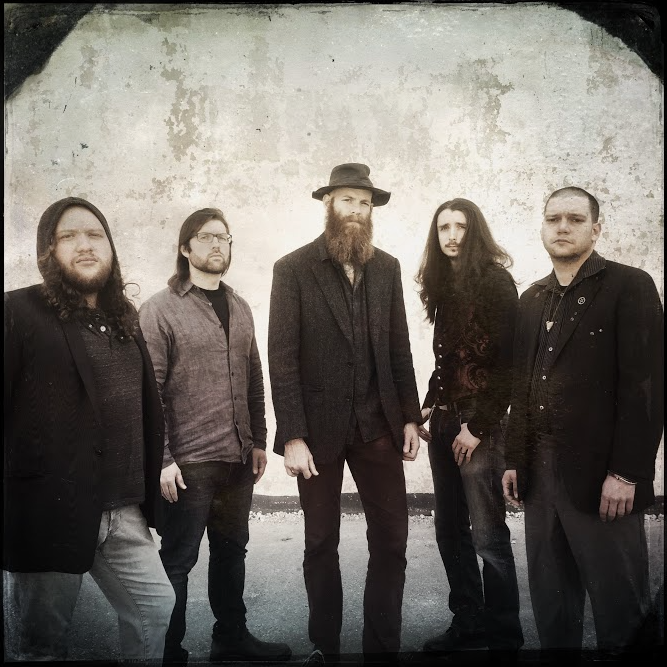 As is right and proper with prog music, it took a considerable investment of time and effort before I felt comfortable committing my review of ‘Years In The Garden of Years’ to paper. Even now, I find my feelings towards certain compositions changing slightly, albeit almost exclusively for the better mind you. There is just so much to get your head around; this is an album for those that are looking to immerse themselves and commit to the music because if you fail to do so, you will miss important, often subtle things buried within the vibrant layers of music.

‘Years In The Garden Of Years’ is comprised of ten individual tracks but the middle eight is effectively one long epic, broken into distinct sections. They can be listened to as stand-alone songs quite plausibly but having listened to the record in a number of ways over the past week or so, it is better enjoyed and understood as one homogenous piece of music.

‘Part 1: End Times In Retrospect’ sets things off and does so in a quiet sophisticated manner where a classic guitar and other string instruments take the lead before the introduction of a nice riff and some bold flute melodies and leads, not to mention the welcome introduction of some mellotron. Compliments should be given to the production at this point because it has a clear yet honest feeling to it, allowing nothing to get lost. The bass is often the instrument to suffer from a poor mix but that’s not the case here, far from it, as it plays an integral role in this instrumental piece.

In contrast to the overt progressive tendencies of its predecessor, ‘Part II: In The Longest Of Days’ is more straightforward in its construction and delivery, benefitting from some memorable melodies and a slightly heavier edge at times.

Other notable highlights include the deep, sombre and extremely beautiful opening to ‘Part III: The Hollowed’ and ‘Part IV: Down The Hours’ which contains a modicum of vocals but is largely an instrumental piece that vaguely reminds me of Shadow Gallery. It flits all over the place with gay abandon, taking itself wherever it wants. I really enjoy the piano flourishes as well as a great metallic riff which duels with the flute to great effect before allowing an indulgent guitar solo to take over supported by an eager bass guitar alongside.

‘Part V: Chronos’ is exclusively an instrumental piece that begins with a really lovely, warm and inviting piano and acoustic guitar melody, before veering off in all kinds of interesting directions. Featuring more modern electronic effects towards the end and a few more tasty swirling riffs to inject drama, the composition is a self-indulgent delight, bounding along with the energy and playfulness of a spring lamb.

‘Part VI: Generations’ is equally striking in that it has the dark brooding intensity of a post-rock composition, whereas ‘Part VII: The Atman Apocalypse’ is the sound of a band let loose and the result is a piece of music that comes across as a live studio jam, where almost nothing has been declared off-limits.

That leaves the final part of the epic, ‘Part VIII: which gradually builds from humble beginnings to a dynamic ending crescendo, full of power and drama.

Book-ending the album is opener ‘Cold City’ and closer ‘Yawn Of A Blink’. They are both strong compositions but the former in particular is an utter joy. Ushered in with a vibrant flute melody atop a bold rhythm, it is a distilled version of the entire album in so far as it contains a little of everything that is so good about Edensong. The song makes good use of light and shade to create a sense of drama and instrumental excess is writ large. It is then all backed up by a great vocal performance and an even better chorus that’s a true earworm, burrowing its way into my subconscious to strike when I least expect it.

There’s not much else to say about Edensong’s ‘Years In The Garden of Years’ except that it comes with a hearty recommendation from me and should appeal to anyone who is looking for some expressive, memorable and playful progressive rock in their lives. It doesn’t reinvent the wheel, but it does what it does very well, providing a huge amount of enjoyment in the process.