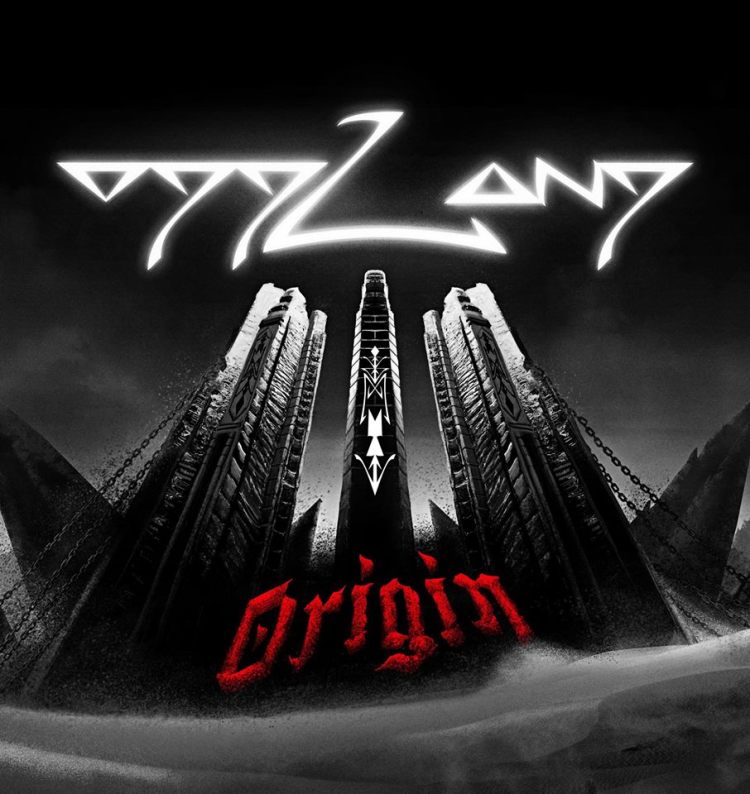 Don’t you just love it when you ‘discover’ a new band? I know I do. It is one of the most exciting things that I can think of, even after over two decades of listening to music. Today’s interesting discovery is a band called Oddland, via their second full-length release, ‘Origin’.

Oddland are a Finnish quartet comprised of vocalist/guitarist Sakari Ojanen, bassist Joni Palmroth, drummer Ville Viitanen and guitarist Jussi Poikonen and their chosen weapon is progressive metal. However, this is not progressive metal in the conventional sense which is nice, because surely the whole meaning of ‘progressive’ is to be different and to forge new ways of doing things? So on that level, Oddland already score highly with me.

Oddland are not completely and utterly unique either, although as I type I am struggling to think of anyone else that’s within the same rough ball park as this lot. Mind you, if you were to put early Pain Of Salvation, Katatonia, Tool and Leprous in a blender, you might end up with something on vaguely the right stylistic path. Hell, while we’re at it, let’s sprinkle in some Distorted Harmony and possibly a smidgen of Pantera too. Why not eh?

During my research, I have seen the word ‘djent’ mentioned on more than one occasion but this is, in my opinion, misleading, and inaccurate. The style of Oddland is most definitely dominated by the word ‘heavy’ with the riffs courtesy of Ojanen and Poikonen sounding hard-hitting, powerful, and uncompromising, but they are not in the djent style as far as I’m concerned. The riffs are also deceptively intricate too. That’s not to say that djent riffs aren’t, but this is a genuinely different beast altogether, typified by plenty of clever shifts in direction and tempo, not all of which become apparent on first listen.

Perhaps the djent tag has been applied as a by-product of the fact that ‘Origin’ was mixed by Daniel Bergstrand, renowned for his work in the past with the originators of the djent movement, Meshuggah. Even so, it is still wrong, even if there is a hint of the Swedish giants in the opening twenty seconds or so of opener ‘Esotericism’.

What Oddland are very good at, on the evidence of ‘Origin’ at least, is creating music that is technical and subtly complex whilst not forgetting the important ingredients of groove and melody. Add to that a refreshing succinctness to their song writing, an oppressive, occasionally claustrophobic atmosphere and plenty of drama it is hard not to get wrapped up in this impressive album. I say that the song writing is succinct because with an overall length of around the 45-minute mark, nothing about ‘Origin’ is overworked or outstays its welcome.

All-too-often in prog circles, a poor voice can down let impressive and tight instrumental prowess such as that on offer here. However, I cannot find fault with Ojanen’s vocals. I like the fact that he can belt out some aggressive diatribes with a cool raspy tone when the music requires it. But in general, Ojanen provides the extra layer of melody within the compositions to help elevate the album ever higher in my estimations and to enhance those much needed earworms that do emerge the more you listen.

Just take ‘Unknown’ as a prime example where the vocals are concerned as Ojanen moves from soft and gentle to all-out angst in the blink of an eye so apparently effortlessly. Mind you, I could have picked just about any of the nine tracks if I’m honest.

Whilst on the subject of individual tracks, I love the big bang that the aforementioned ‘Esotericism’ offers thanks to huge syncopated riffs, a muscular rhythm section, inventive vocal delivery, slick lead guitar work and more than a few catchy melodies.

‘Thanatos’ offers more of a sprawling feel with the bass catching my ear, whilst ‘Penumbra’ features arguably my favourite chorus of sorts on the entire record. It is huge and when blended with the various time changes and technicality, it works brilliantly.

‘Untrue’ has a really nice early Pain Of Salvation vibe to it thanks to the expressive guitar work and ‘Faraway’ is worthy of mention. It begins quite beautifully and, as the heavy headbang-worthy riffing enters the fray, I like the Cynthesis-esque lead guitar runs that sit just below the surface, not to mention the shifts in intensity throughout including a wonderful closing Pantera-style groovy riff.

Mind you, there isn’t really a weak track per se on ‘Origin’. Oddland have produced something rather tasty here and have gone from being off my radar entirely to placing themselves front and centre of my attention. Now I just need you all to have a listen, agree with me and spread the word. The word is Oddland and it needs to be spread far and wide.