It’s officially December, the day when I lose my annual battle about putting up the Christmas decorations in my house. I always want to wait longer but when I’m outnumbered 3 to 1 by excited girls, I know when to fight and when to accede for a quiet life. And if I give in, I get more time to write these blog posts, so that must be a good thing surely?

And on that subject, we’re already on to day 4 of my ‘Album of the Year 2016’ top 30 countdown. It never ceases to amaze me how quickly this rather epic labour of love passes by, although it is usually in a flurry of panic and constant indecision about my inclusions in the list and then the appropriate order. But I love it, so here I am again.

If you’ve missed the first three posts so far this year, you’ll find links to them at the bottom of this post. And if you are new to the Blog of Much Metal entirely, you’ll also find links to my full lists from previous years that go back to 2012.

As I’ve said before, this list is not about a popularity contest, it is about shining a light on the bands and albums that have impressed me the most over the past 11 months or so. I’m keen to know what your thoughts are, so feel free to hurl the friendly abuse my way!

With that, I present you Number 27:

“For many reasons, ‘Pure’ is a very apt title for this record, not least because it is an album that offers pure escapism and pure entertainment from start to finish, across ten compositions and an hour’s playing time. But moreover, there is a definite pureness to the musical output, a palpable sense that ‘Pure’ represents the completely honest vision and distilled essence of an older, wiser and more experienced In The Woods.

I have tried to find it, believe me, but there is absolutely no filler on ‘Pure’. I don’t dislike any of the compositions and the consistent quality is very impressive indeed. It is an album that begins at a very high level and continues until the bitter end. As comeback albums go, this is very definitely one of the best I have heard. Highly recommended.” 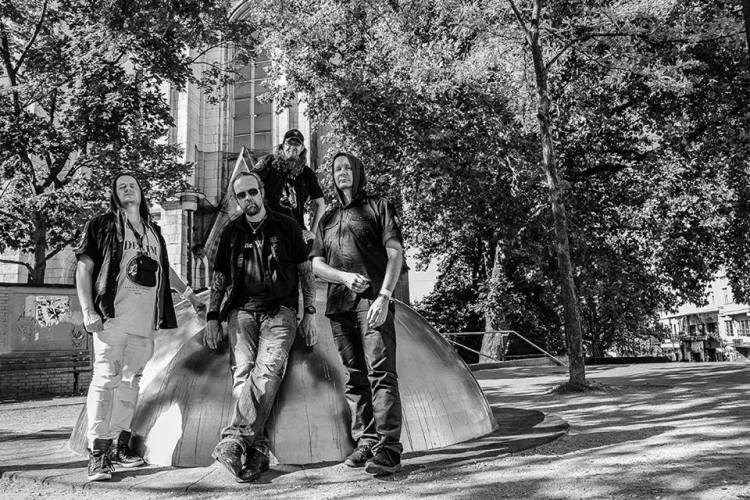 When I refer to this being a comeback album, I really mean it. ‘Pure’ represents the first new material from this fantastic and highly regarded extreme prog/experimental band for 17 years. And not only did it make a big impression on me at the time of its release as my review implies, it continues to work its magic nearly three months later.

There is much I could say about this record in terms of its strengths because believe me, there are plenty. However, sitting here now, the thing I like best about it is the overall depth of the music and the way in which the compositions are constructed. There is no doubt that this is an extreme metal record but this aspect has been blended so artfully with sweeping atmospheres, moments of quiet reflection and elegant melody that it is easy to forget. It sounds daft I admit, but I say this because the sometimes complex transitions sound so effortless. And the vocals too are so simply delivered and full of melody and poignancy that I find the whole thing such a smooth and immersive listen from beginning to end.

I just hope that we don’t have to wait until 2033 for the next studio album.