Welcome to day 14 in my alternative advent, in the form of my ‘Album of the Year 2016’ top 30 countdown. As I embark on this series every year I think to myself ‘you must be mad, Spally’. And yet, after a few days, I get right back into the groove and thoroughly enjoy the challenge of putting this all together.

Unlike previous years, it has been made a little easier given that I have already reviewed everything that’s featured in this list. Therefore, for the benefit of any welcome new readers, what you’ll find in these posts is a quote from the full review, a link to the full article and then a quick commentary on the album and my thoughts about it some time after its release.

In addition, these posts also feature new photos wherever possible as well as a different sample track to the review to give you something different to try if you’re interested in what I’ve had to say.

If you have missed an previous posts in this series, links to these can be found at the bottom of each and every post, along with links to my countdowns from 2012-2015 inclusive.

But enough of all that, allow me to get on with the main event… 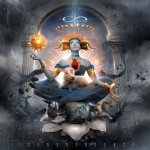 “It is certainly heavier than much of Devin’s more recent work, that’s for sure, but heaviness is only part of the story. You see, Devin has been gradually morphing his music in a certain direction and I believe that ‘Transcendence’ is the strongest and most engaging culmination of his personal vision to date.

With this record, Devin has managed to blend the metal elements with his more relaxed style of output almost seamlessly. What it means is that ‘Transcendence’ is one of the smoothest, uplifting and oft-times euphoric-sounding heavy metal albums I’ve ever heard. Very few other artists are able to create music that immediately sounds so epic, all-encompassing and downright serene. It’s crazy.

I’m a fan of Devin Townsend and have been for some considerable time. However, I’m having a hard time remembering when an album by the great man has had quite such an effect on me. The depth, the sophistication and the power that ‘Transcendence’ displays means that this is right up there with the very best that Devin has ever put his name to.”

There’s not a lot more to add to the quotes from my review above really. Devin Townsend is a musical genius, with the ability to try anything and everything. Invariably, it works too, as the word ‘mediocre’ and the phrase ‘that’ll do’ do not feature in the Canadian’s vocabulary.

And even by his standards, ‘Transcendence’ is good. It’s very, very good, one of the best releases that he has put his name to under any of the various monikers that he has chosen over the years. The depth of the music and the power of the compositions on this record have to be heard to be believed. The guitar sounds are instantly recognisable as Devin’s, the voice is unique be it in clear or aggressive mode and those now-familiar walls of euphoric sound are embedded into the fabric of the music, making the ground shake under the sheer magnitude of it all.

‘Transcendence’ is a more than worthy entry into my top 20 albums this year. Indeed, had the year not been totally insane in terms of the sheer number of gargantuan albums released, Devin may have found himself an awful lot higher in this list. However, after much deliberation, I’m content with this placement in my list. Good work Devin, as always.