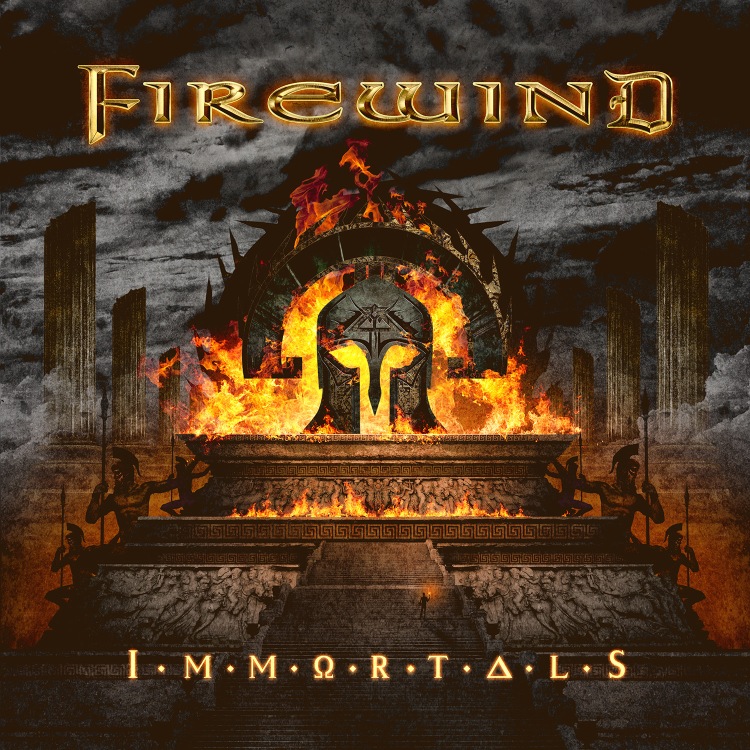 I really struggled in the beginning with ‘Immortals’, the eighth album from Greek melodic power metal band Firewind. They are a band with whom I am familiar and have had something of an on-off relationship over the years. Helmed by the extraordinary guitar talents of Gus G who, since 2009 has been the lead guitarist for the Prince of Darkness Ozzy Osbourne, you are not left wanting in the six-string department where Firewind are concerned, that’s for sure. Gus G can shred with the very best, delivering powerful riffs and flamboyant, lightning fast lead breaks on demand.

However, a guitar virtuoso alone does not make a great album full of interesting and accomplished material. It also takes talented song writers to create and a whole band to perform. And, in my early days of listening to ‘Immortals’, the former is where I feared the album may be flawed.

Comprised of Gus G alongside bassist Petros Christo, keyboardist Bob Katsionis and drummer Jo Nunez as well as brand new vocalist Henning Basse, ‘Immortals’ is chock full of individual talent and the performances are all very strong, suggesting that the chemistry and understanding within the quintet is at a high level.

However, my struggles with ‘Immortals’ initially came in the song writing department. It had nothing to do with the lyrical themes which, as it turns out, bring a concept to life. According to Gus himself, their first ever concept tells the ambitious story of ‘the Battles of Thermopylae and Salamis in 480 BC during the second Persian invasion of Greece’.

Lyrics aside though, I couldn’t shake the feeling that the music was a little bit too safe, predictable and paint-by-numbers. Not that I mind that per se, but if that’s the route you’re going to take, I want to be beaten over the head with music that gets my juices flowing, where the choruses are catchy as hell and where the whole thing just exudes quality. I didn’t get that with ‘Immortals’ and so I left it to one side for a day or two. 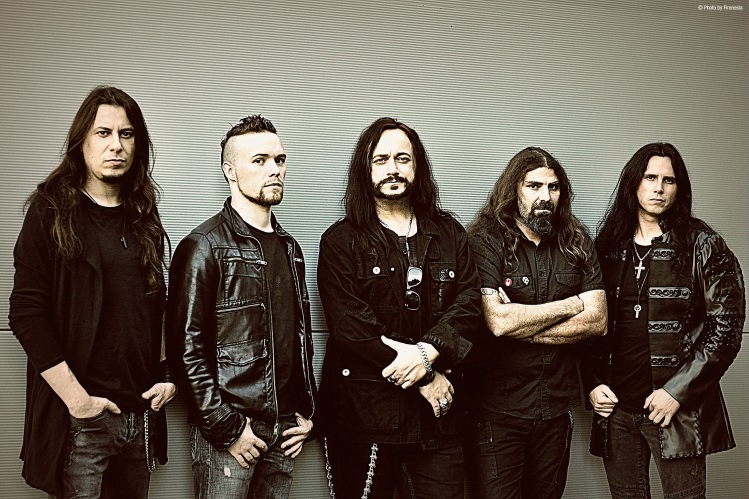 These feelings remained as I returned to ‘Immortals’ and I was in danger of giving up until the mid-section of the album arrived. The trio of ‘Live And Die By The Sword’, ‘Wars Of Ages’ and ‘Lady of 1000 Sorrows’ suddenly clicked, pulling me out of my reverie and metaphorically slapping me around the face.

‘Live And Die By The Sword’ is a melodic metal track of quite huge proportions, delivering everything from a quiet intro to a rousing, punch-the-air battle-cry that will sound immense in the live arena, I have no doubt. The melodies lend the song an air of the truly epic, not to mention being catchy and anthemic as all hell.

‘War of Ages’ follows and maintains the quality via an up-tempo, blast-beat heavy rollicking melodic metal approach that’s topped off by a tremendous chorus that digs in deep and doesn’t let go. And then ‘Lady Of 1000 Sorrows’ changes the pace yet again. It is much slower, more ballad-like in construction with a moody and powerful melodic hard rock vibe. The chorus once again contains some killer hooks but it is the vocal performance of Basse which catches my ear most of all. His delivery is massively strong, full of gravelly soul and demonstrates his impressive range perfectly, not to mention his ability to convey emotion, not just go for all-out power.

My love for these three tracks then led me to listen more to the remainder of the album because I began to think I’d been a little too dismissive of Firewind’s latest effort. And you know what? I had. I still maintain that this middle section of the album is the strongest but I now appreciate much more of the material that surrounds it.

Like the ridiculously pompous ‘Ode To Leonidas’ for example, that begins with a strangely compelling monologue that seems fitting for a concept disc before launching into a bouncy, up-tempo number with yet another great chorus and a sprawling lead guitar solo from the maestro Gus G himself that then segues smoothly into a keyboard solo from Katsionis.

In fact, the keys are an unsung hero throughout ‘Immortal’, adding atmosphere and melody without getting in the way. Take the opener for example, which is reminiscent of the likes of Stratovarius and even the likes of Thunderstone thanks to a vaguely neo-classical feel that’s enhanced by the flamboyant keys that more than play their part.

However, being the band of Gus G, it is hardly surprising as I alluded to at the beginning of the review that the guitar work steals the show. Of course solos feature in every composition and it would be hard to find fault with them, such is the technique and touch that Gus G demonstrates whilst shredding at the speed of light. But with a closer listen, the riffs are equally impressive, whether they are faster-paced as with the Symphony X-ish ‘We Defy’ or of the sleazier hard rock influenced variety as witnessed within ‘Back On The Throne’.

So after a sticky start, I have come round to the charms of ‘Immortals’. As it turns out, the charms are many and they have eventually beaten me over the head, got my juices flowing and he whole thing does exude quality. It just took time to realise it. I’d even go so far as to say that ‘Immortals’ is the best and the most vital that Firewind have ever sounded, laying down a marker for all other melodic power metal to follow during 2017.