Things are moving fast in the rock and metal worlds at the moment, with new music being released left, right and centre. But also, it is a busy time for those of us who are trying to keep up with the new releases that are due in 2017.

Plenty of bands are now issuing confirmation of 2017 releases and others are now releasing a song or two off their new albums, or further updates. Here’s another quick round-up for you to save you the trouble of having to keep up with what’s going on. It is keeping me busy, that’s for sure.

It doesn’t seem like five minutes ago that from my favourite Icelandic band released confirmation of a new album along with the title and cvover artwork. And now the mighty Solstafir have recently released a new song off their anticipated follow-up to the awesone ‘Otta’, ‘Berdreyminn’. Based on this track, ‘Isafold’, they might just push ‘Otta’ very close in terms of quality and enjoyment levels.

Take a listen and see what you think…

I have no problem in admitting that melodic rock is one of my musical vices. When I normally listen to brain-bending or very harsh and heavy music, I need some escapism sometimes. Alongside a little classical music, I find that a few melodic rock anthems usually do the trick.

And one of the best exponents of this type of music these days is Swedish band H.E.A.T. So, when it was confirmed that they are heading to Thailand this very week to record their new album, a smile spread a smile across my face. Their last album ‘Tearing Down The Walls’ was almost flawless, so they have much to live up to this time around. But if anyone can, H.E.A.T. can

“New Leprous studio album to be released in 2017! Stay tuned.”

Now this was the news from the horse’s mouth that appeared just a couple of days ago, which I had been hoping for. A new album from Leprous is a thing to be ecstatic about for anyone who likes properly progressive metal that challenges and delights. Fortheir entire career, the relatively young Norwegian band have simply been getting better and better.

With a maturity that defies logic and a combined skill set that’s frightening, theirs is an output that is likely to only improve. And given how amazing their last few records have been, the mind boggles as to how good this new album might be. It isn’t confirmed when in 2017 the album will be released but for now, let’s just rejoice in the fact that it will happen relatively soon. 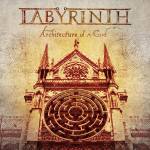 Just like Solstafir above, within days of finding out there’s definitely a new Labyrinth album in 2017, we are treated to a track off the upcoming record. It is called ‘A New Dream’ and, despite not being the best quality in terms of sound on this Youtube version, to these ears, it nevertheless sounds like a winner. Melodic, vaguely progressive and ultimately rather memorable, it has the feeling of a ballad but more importantly, it hints at the quality of music that we are to expect from Labyrinth in 2017.

Have a listen and see what you think…

Fronted by the wonderfully talented Jennie-Ann Smith, Sweden’s Avatarium are one of the few doom bands that get me very excited. I loved their previous album, ‘The Girl With The Raven Mask’, thanks to the blend of heavy doom riffs, dark oppressive vibe and some excellent melodies, both subtle and more immediate. Avatarium are a band that know exactly what they are doing and what they want to achieve, but that’s hardly surprising given the musicians involved including the guitar maestro Marcus Jidell and bassist Leif Edling.

Early reports suggest that the new album will be called ‘Hurricanes And Halos’ and will see the light of day on 26th May 2017 on Nuclear Blast Records. I’m looking forward to this one.

If you missed it, here’s a taster of Avatarium’s music from their last album…

The ubiquitous Voyager update, but I make no apologies for it, because this is one hell of a special band. I’m not sure I’ve come across anyone who doesn’t like their blend of modern melodic, progressive metal with pop sensibilities. This is a band that are well and truly on the up, spearheaded by a live show that is apparently one of the most fun and energetic experiences on earth. I say ‘apparently’ because I’ve yet to witness it. Damn it. But that will change in the near future for certain, I guarantee it.

For now, here’s a video that offers us a taste of the new album, their sixth, whilst also demonstrating the whacky, quirky nature of Voyager to the fullest.