Today is a biggie – it features some surprising news and confirmation of the release of one of my most anticipated albums of 2017. So, without further ado, here goes… 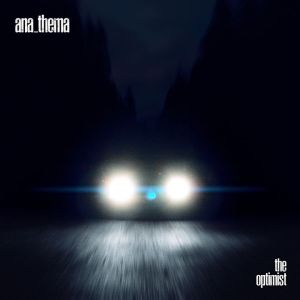 It’s a great day because I can bring you confirmed details of what has to be one of my most eagerly anticipated releases of 2017. Liverpool’s Anathema have announced that their eleventh album will be entitled ‘The Optimist’ and will be released via Kscope on 9th June 2017.

The thought at the forefront of my mind is this: will ‘The Optimist’ be the emotional rollercoaster to match or better its two predecessors? Both ‘Weather Systems’ and ‘Distant Satellites’ had the power and the raw emotion to move me and when I say ‘move me’, I’m not talking a moistening of the eyes. I’m talking full blown bawling my eyes out, tears streaming down my face stuff. I’m not sure there is another band on the planet that has this particular effect on me, which means that Anathema hold a special place in my heart.

Early reports indicate that ‘The Optimist’ does not dive headlong down the electronic road as hinted at within the title track of ‘Distant Satellites’. Instead, plenty of piano and melody is evident as is the ethereal and angelic voice of Lee Douglas. I’m literally bursting to hear this record and I’m nervous at the same time; just the perfect swell of competing emotions that Anathema thrive on.

I did not see this coming. The shock news broke just yesterday that UK progressive metal stalwarts Threshold have parted company with vocalist Damian Wilson for a second time. Coming back into the fold following the unexpected death of Mac, he was soon part of the impressive furniture so to speak. Involved with the last two, critically acclaimed albums, as well as the debut ‘Wounded Land’, it was never on the cards for Wilson to be replaced, at least as far as us fans were concerned anyway.

In which case, their choice of replacement might raise an eyebrow or two, being none other than Glynn Morgan, their vocalist on ‘Psychedelicatessen’. So, the new direction is actually an old direction it seems. But whatever the situation is, I love Threshold and so I will trust the band and wait to see what happens. It is still unclear whether the upcoming album ‘Legends of the Shires’ will be re-recorded with Morgan on vocals because Wilson has already recorded his parts. And, if so, does this mean a delay for the release. However, Morgan is quoted in the press release as saying ‘I can’t wait to start recording, the new material has me hooked already’. That’s a strong hint as far as I’m concerned, although I shall stop guessing because I’m sure the detail will be confirmed soon enough. 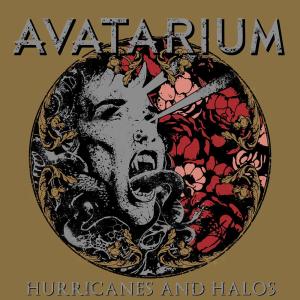 I recently brought you confirmed news that Avatarium, one of my favourite doom bands were to bring out a new studio album in 2017. And now, the Swedes have aired live the first song off the album to give us an insight into the content.

Based on ‘Into The Fire/Into The Storm’, ‘Hurricanes and Halos’ threatens to be another strong release from Avatarium. It is tough to gauge 100% on this recording alone but there’s a huge chorus, plenty of bold riffs and that organic 70s feel as well. I’m really looking forward to hearing this in more detail soon.

With Ulver, you never quite know what to expect. But then that’s the beauty of truly avant-garde bands; they will confuse, confound and generally befuddle the minds of their followers, trying new things and going in directions that you’d perhaps not expect.

It has been a long time since Norwegian act Ulver bore any true resemblance to their black metal roots and of late, they are even steering clear of rock and metal altogether. Nevertheless, with each passing album, they manage to produce something that keeps me coming back for more. And the same is true here as this track off their upcoming album, ‘The Assassination of Julius Caesar’, is strangely addictive and beguiling. Not my thing at all and yet I’m frequently listening to it. Go figure.

I really enjoyed the last album from the progressive metal band Subterranean Masquerade. ‘The Great Bazaar’ featured some highly inventive and original music incorporating elements of 70s prog rock, folk, extreme metal, jazz, symphonic metal and world music along the way. However, the music was pulled together cohesively and with enough melody to keep my interest throughout.

And so I’m delighted to learn that we’re not that far away from a new studio offering. It is now fully recorded and mixed. But not only that, the band has gone on record to say that this is their ‘best sounding album ever’ and ‘most creative’. I know that most bands will say something like this ahead of a new release but even so, if it’s not enough to get fans of progressive music salivating, I don’t know what is.

‘As You Are’ is one of the tracks off the new record apparently, so check it out and see what you think.