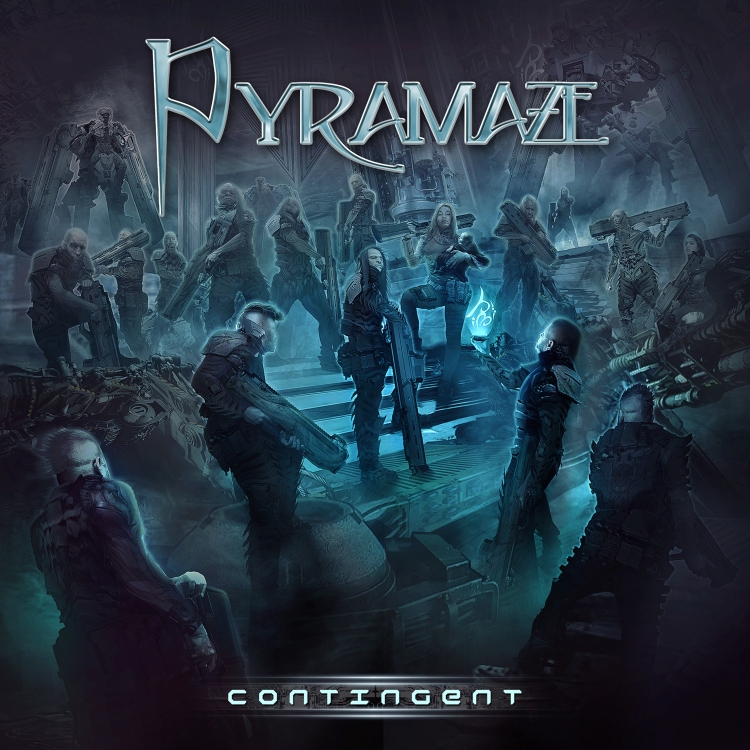 Melodic progressive metallers Pyramaze are one of those entities that prove that the band is bigger than the individuals within it. Since their inception in 2002, the Danes have had no fewer than four lead vocalists and have also lost their founding member, guitarist Michael Kammeyer and bassist Niels Kvist along the way. And yet, despite all this, the name Pyramaze still exists and, if the hype surrounding this latest release is anything to go by, they are gaining in popularity.

‘Contingent’ is the band’s fifth full-length studio release but only the second outing from the current line-up, in existence for only a couple of years. Following in Lance King, Matt Barlow and Urban Breed’s considerable footsteps, Pyramaze is now fronted by vocalist Terje Harøy, ably surrounded by keyboardist Jonah W., lead guitarist Toke Skjønnemand, drummer Morten Gade Sørensen and guitarist/bassist Jacob Hansen. Yes, the producer. And yes, Hansen has produced, mixed and mastered this record as well.

And as you might expect, one of the biggest strengths of ‘Contingent’ is indeed the production. This is a record that sounds as good as you’d hope it would, with a nice mix of clarity and clout.

Now, I’m a bit of a sucker for melodic progressive metal and so when I read that ‘Contingent’ was to be ‘an epic post-apocalyptic conceptual piece’ with ‘cinematic film score elements’ I had very high hopes for this release. Unfortunately, at the beginning, I struggled to get to grips with it and I felt more than a little underwhelmed. The hooks and melodies weren’t as strong as I had hoped and it all felt a little bit overblown to the detriment of the songs themselves. As such, after a handful of spins, I shelved it temporarily.

However, the more I listened to other music in this period, the more I found myself thinking ‘I need to hear the new Pyramaze again’. What witchcraft was this? Whatever the answer, I found myself gravitating back to ‘Contingent’. And finally, it all started to click into place. I now find myself really enjoying this album to the point where I can only wonder incredulously why I didn’t like it from the very beginning. 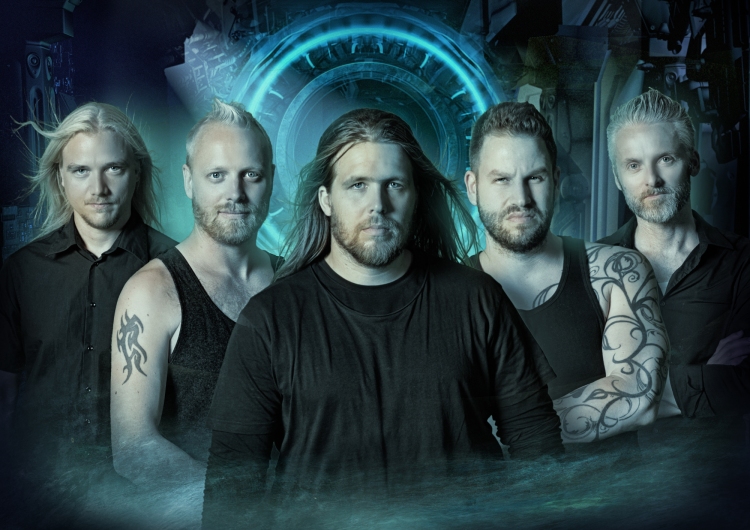 The first thing to say is that ‘Contingent’ is indeed a very ambitious record, arguably the boldest of their career to date. It is full of bombast, drama and the symphonic elements are prominent, up front and centre much of the time. The good thing is though, that despite my early misgivings, the songs themselves are strong enough to cope with the additional baggage. The metal quota remains high, with powerful riffs, a muscular rhythm section and a commanding vocal performance from Terje Harøy. The progressive nature of the riffs and the changes in tempo are evident and the choruses, an integral part of any metal with the word ‘melodic’ in the title, take their time but eventually deliver the goods too.

The opening salvo, the impressive ‘Land Of Information’ is the perfect example of everything that Pyramaze have managed to do so well with this release. The first few moments introduce mechanical, almost dystopian sound effects amidst a bold cinematic score which then segues nicely into a powerful, progressively-tinged riff and a bulldozing rhythm section. It doesn’t take long either for Terje Harøy to make his presence felt behind the mic either, coming into the song with authority, confidence and an on-point delivery.

It may not have been the most immediate chorus to my mind but it has worked insidiously to get under my skin without me even realising it. The more I listen, the grander it feels and the more addictive it becomes. Keyboard and guitar solos litter the latter stages but it signs off in suitably bombastic fashion, with everything coming together in a final rousing chorus to leave a lasting impression on the listener.

This sense of grandiosity continues throughout the album but thanks to some strong songwriting and plenty of experience from this group of musicians, it never spirals out of control and crucially, focus isn’t lost.

Even when the metal falls away within ‘Kingdom of Solace’ to be replaced by a filmic passage of respite, everything works. In fact, this is a lovely touch that adds drama and intrigue whilst allowing the track to breathe. And then, in turn, the change of pace allows the wailing and gnashing solos of both keys and guitars to make a bigger impact when they arrive.

‘Star Men’ begins with tinkling ivories and a brilliantly heavy and menacing chugging riff as the frenetic pace of the opening tracks is deliberately slowed. It also features one of my favourite choruses on the album which has a faint ballad feel about it, such is its sprawling grace and beauty. I hear echoes of Evergrey in the ensuing guitar solo from Toke Skjønnemand, but this entire track is an utter delight in its own right.

The introduction to ‘A World Divided’ is a thing of magnificence where an orchestral score is built around a sorrowful-sounding piano melody. In a heartbeat, it is replaced by a barnstorming riff and rhythm combo before settling down into a bold mid-tempo, dominated by yet another deceivingly catchy chorus. Morten Gade Sørensen’s inventive yet thunderous drumming catches the ear on this track, as does the rumbling bass of Jacob Hansen.

Then we come to ‘Nemesis’ and I’m blown away. This has to be my favourite track on ‘Contingent’. It bounds along with at a great pace, exploding into the chorus. And the chorus is one of the best I’ve heard from this kind of music in a while, it’s completely killer, taken to a new level by an inspired performance by Harøy. You can’t help but reach for the volume dial, crank it up and sing along. I also love the way it slows to introduce a hard rock-esque segment before increasing in intensity towards the close, led by Sørensen’s powerhouse double-pedal drumming.

Comprised of thirteen tracks, ‘Contingent’ lasts for a good hour but it never really feels that long. In fact the whole thing zips by in a blaze of barely-contained glory. There are a couple of symphonic, cinematic interludes that help to underline the conceptual nature of the album whilst offering some brief yet sophisticated respite to the listener.

Other highlights within a consistently tremendous album have to be the feel-good anthem that is ’20 Second Century’, the stomping mid-tempo majesty of ‘Heir Apparent’ and the piano and vocal ballad, ‘The Tides That Won’t Change’ which features a guest female vocal performance from Kristen Foss to duet delightfully with Harøy.

2017 is not even four months old and already we have yet another contender for the best melodic progressive metal album of the year. ‘Contingent’ has slowly and cleverly worked its way into my affections and now I can’t sing its praises highly enough. Pyramaze have quite simply delivered a stunning album that’s ambitious and highly impressive.