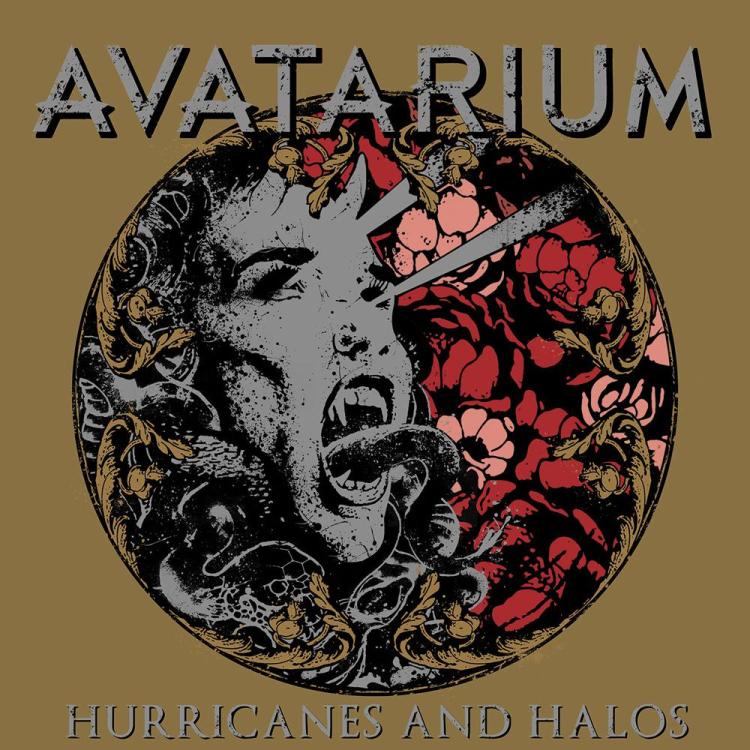 ‘Hurricanes And Halos’ is the title given to the third studio release from Swedish doomsters Avatarium, a band that was formed in the minds of Leif Edling (Candlemass) and Marcus Jidell (ex-Evergrey, Soen) before becoming a reality in 2012. Their sophomore album, ‘The Girl With The Raven Mask’ was released in 2015 and, quite rightly, it garnered much critical acclaim. If the world was beginning to take notice of Avatarium, this record catapulted the quintet into the full glare of the heavy metal spotlight.

But much has changed in the world of Avatarium since the releae of ‘The Girl With The Raven Mask’. The band is now a sextet of sorts, but the back story is much more complicated than a simple addition to the ranks. Leif Edling has now stepped away from the bass but remains involved and can claim the song writing credits to six of the eight tracks on ‘Hurricanes And Halos’. Into the vacated bass slot therefore, comes Mats Rydström and he is joined by fellow newbie and organ player Rickard Nielsson who has replaced keyboardist Carl Westholm. The rest of the band remains the same however, with co-founder Marcus Jidell on guitars, Jennie-Anne Smith behind the microphone and Lars Sköld on the drums.

Given the comings and goings behind the scenes, it could have been easy for Avatarium to take their eye off the ball and deliver a new album that wasn’t up to the standard of their last. But to think in such a way would be a mistake and would be to do the members of Avatarium a huge disservice. When you have musicians of the calibre of Jidell, Smith and Edling, you’re almost certainly not going to get anything substandard. If anything, ‘Hurricanes And Halos’, which features a bigger song-writing contribution from the handsome couple of Jidell and Smith, is another confident step up for this band.

When I reviewed ‘The Girl With The Raven Mask’, I remarked that it generally takes a lot for me to get excited about an album that has one foot firmly planted in the realm of doom. Well, that statement remains true but Avatarium prove once again that they one of the few bands that can manage this feat. There’s something about this band that speaks to me.

This becomes even more unfathomable in many ways when I add in to the equation that Avatarium are also heavily steeped in 1970s nostalgia as well as seemingly professing an admiration for blues, classic rock and an occasional dalliance with psychedelia. If I take a look at my personal music collection, I have a hard job finding very much that fits within any of these genres. And yet, I love Avatarium. And I love ‘Hurricanes And Halos’. Go figure. 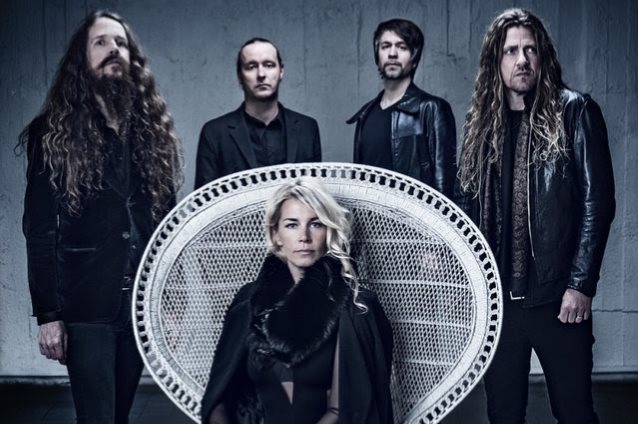 In trying to do just that and figure out why I have such a connection with this band, I have hit upon many possibilities.

Firstly, there is the raw honesty and genuine depth found within the compositions themselves. You get the distinct impression as you listen, that nothing has been left at the door with these guys – it is all or nothing. When Jennie-Anne sings, she sings with such passion and richness that you can’t help but listen, rapt as she delivers her gritty monologues with finesse and such resonance. This is most definitely Jennie-Anne Smith’s best performance so far and at times, she threatens to steal the show entirely, such as within the chorus of the opener, ‘Into The Fire – Into The Storm’ as one of many examples.

With lesser musicians behind her, that might have easily happened. But not in Avatarium. In Marcus Jidell for example, Avatarium are blessed with one of the very best guitarists that I know of. I must have said all this a hundred times over the years, so once more couldn’t hurt. His style is not to belt out lightning fast lead runs or to show off with fancy gimmicks. Instead, he has a grace and elegance that means that he can convey an emotion or a thought with one carefully crafted note or a series of well thought-out chords.

As demonstrated in the aforementioned heady opener, ‘Into The Fire – Into The Storm’, Marcus has not forgotten how to rock out either. The song begins with a strong 70s doomy riff that gets things off to a bold and striking start. The Hammond organ of the equally impressive Nielsson joins the party briefly before becoming an integral part of the grand chorus and later, offers an indulgent but entirely fitting lead solo.

‘The Starless Sleep’ is another superb track, one that underlines the doom credentials of Avatarium as well as underlining the strength of the oft-unsung rhythm section. Skold’s drumming is precise but has a loose, carefree feel to it, whilst bassist Mats Rydström delivers a really satisfying low-end rumble to inject gravitas to the music.

The stripped back and darkly textured ‘Road To Jerusalem’ is the perfect song to act as contrast to the higher-octane opening tracks. It also showcases the beautifully organic and honest production to ‘Hurricanes And Halos’. This is not an album to be smothered in clever, modern effects or polished to within an inch of its life. Instead, in keeping with the music itself, producer Marcus Jidell alongside David Castillo (mixing – Katatonia, Opeth) and Jens Bogren (mastering – Soilwork, Sepultura) have created a living, breathing, colourful beast that loses none of the music’s potency along the way.

The icing on the cake with ‘Hurricanes And Halos’ is the surprising amount of variety on offer. Already I’ve described the full-on power and the more subtle sides of Avatarium, but there’s more to uncover along the way.

‘Medusa Child’ is a thoroughly engrossing piece of music that begins in commanding and heavy fashion. The hooky chorus then comes out of nowhere, at an almost complete right-angle to the more aggressive and potent music that surrounds it. And then, at the half-way mark, it morphs again. An eerie child’s voice sings the chorus lyrics whilst underneath, the band veers into almost ambient, post-rock territory as a quiet, subtle melody begins to build into a rousing finale, almost threatening to implode as it does so.

‘Hurricanes and Halos’ is as far as I can tell, as much an exercise in creating interesting and multi-faceted soundscapes as it is about crafting intelligent doom-infused rock music. This point is proven eloquently via the brooding ‘When Breath Turns To Air’ with its exquisite and melodic fragility. But it is then hammered home by the closing title track which is quite different in construction and tone, but is equally poignant and captivating.

For me, it is the perfect way to end the record, a record that has impressed and moved me in equal measure right from the off. I can think of no other band in the modern era who does this kind of thing better than Avatarium. That in itself should speak volumes about just how good it is. I doubt I’ll hear a more compelling doom-infused rock album all year.