Welcome to Part 2 of my look ahead to what’s coming in the second-half of an already strong 2017. No long intro from me today, I’m just going to dive straight in… 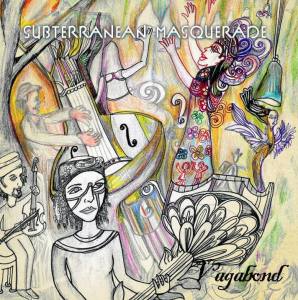 For a band that formed in 1997, two albums is not the greatest return is it? But that’s the case with Subterranean Masquerade, a band that impressed me a lot in 2015 with their sophomore release, ‘The Great Bazaar’. In my review, I concluded that the record was “a very strong album. It’s varied, it’s intriguing, it’s powerful and above all, it’s wonderfully idiosyncratic.” So I can be forgiven for being both surprised and excited to learn that the Israeli/Norwegian progressive metal octet including members of Orphaned Land and Green Carnation are about to return just two years later with a brand new studio record.

The album, entitled ‘Vagabond’ is due to be released on 1 September via ViciSolum Productions. I am really hoping that the idiosyncrasies are as pronounced and as compelling as last time and, if the unusual cover artwork is anything to go by, I have no reason to think otherwise. In which case, this could be a very fascinating and exciting release.

In the past week or so, a new album from Enslaved has been confirmed for the autumn of 2017. As yet untitled, it is bound to be something to get fans of progressive extreme metal excited. After all, this is a band that can seemingly do no wrong, certainly if the last few albums are anything to go by. I personally couldn’t get enough of ‘In Times’ when it was released and, to be honest, I still listen to it frequently, getting the same buzz now as I did back then.

According to the band themselves, their 14th studio release has seen an expansion of their horizons, a ‘sound chimera of experimental prog filled with elevated melodies, epic landscapes and harsh black metal moments – all united in a massive storm that will reach the coast this autumn.’ And that’s it until August when we will apparently be given more details. But that’s enough for now to entice fans, I’m sure you’ll agree. 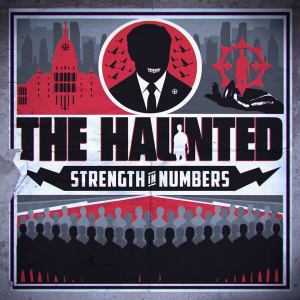 The history of The Haunted has been anything but straightforward. However, despite adversity, the Swedes, spawned out of the ashes of At The Gates and led by Patrik Jensen and Jonas Björler, have returned time and again with great heavy metal albums with melodic death and thrash overtones. The riffs come thick and fast, as does the aggression and intensity.

And now, in 2017, if their recently-released single, ‘Brute Force’ is anything to go by, we’re in for another barnstorming album. Entitled ‘Strength In Numbers’, it is due for release via Century Media Records and it threatens to pulverise fans into submission in the best way possible. Prepare for a heavy riff onslaught from which there is no escape. Or something like that anyway.

Without doubt, Swedish band H.E.A.T is one of my favourite melodic hard rock bands. In fact, they might be my number one favourite band within the genre. Ever since they released their debut, self-titled album in 2008, they have been getting better and better, culminating in ‘Tearing Down The Walls’ which was the best album of that genre in 2014. It has therefore been three long years whilst we have waited for new material. However, sometimes it is worth waiting if it means that the quality remains high.

But finally, on 22nd September 2017, the xtet will release ‘Into The Great Unknown’. And, based on the comments of a few people in the know, this record is more than worth the wait. The oracle of all things melodic and rock, Andrew McNeice of melodicrock.com has made some mouth-watering early comments, so I can only imagine how good this is likely to be. Has a new standard for melodic hard rock been set by H.E.A.T? I hope to answer that question for you nearer the date of release.

In the last couple of days, news has reached the Man of Much Metal that US-based progressive metal juggernaut Redemption are in the studio, currently recording the drums for the new album. This has come as a bit of a bolt out of the blue because previous album, ‘The Art of Loss’ was only released in February 2016. It is yet to be confirmed that this new record will see the light of day before the end of 2017, but I reckon that it is entirely possible.

Adventurous song writing, clinical execution and strong melodic sensibilities are all ingredients that Redemption possess, as well as the ability to pen beautifully poignant lyrics and superb overall song writing from guitarist Nick van Dyk. It all comes together to mean that Redemption are one of the bet bands in the progressive metal genre has to offer. ‘The Art of Loss’ naturally made it into my top albums of last year and I see absolutely no reason why the feat can’t be repeated this year if the new album does emerge before the end of December.