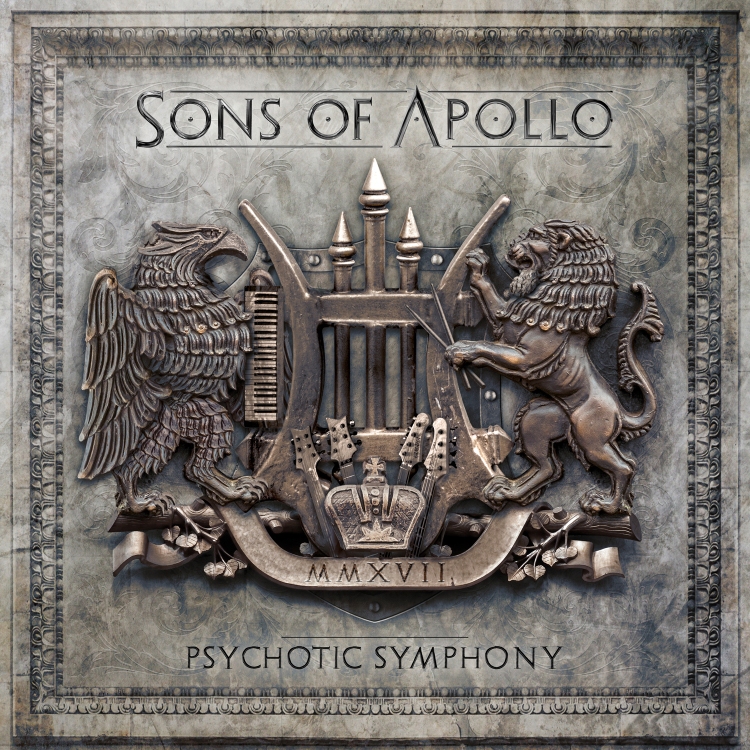 It’s a new day. Therefore, it is almost inevitable that we have a new project from renowned drummer Mike Portnoy. Of course, I’m being a little ridiculous and prone to exaggeration but given how prolific and obviously inspired Mike Portnoy is, that’s how it can feel at times. But it certainly isn’t a crfiticism. In recent years, we have had Flying Colors, Shattered Fortress and Winery Dogs to name a few, all ‘starring’ Mr Portnoy on the drum throne. Today, we are now being introduced to his latest endeavour, Sons Of Apollo.

Mike Portnoy is no stranger to working in groups where the clientele is as famous, or more so, than he is. As such, the term ‘supergroup’ has often followed the band’s moniker with many of these projects. It is the same with Sons Of Apollo too, with a vast array of talent within the band.

Joining Mike in Sons Of Apollo are guitarist Ron ‘Bumblefoot’ Thal, bassist Billy Sheehan, vocalist Jeff Scott Soto and keyboardist Derek Sherinian. On paper, it sounds rather mouth-watering and possibly quite a special group of musicians. The prospect certainly piqued my interest, also leaving me a little surprised in the process.

You see the names Mike Portnoy and his old Dream Theater colleague Derek Sherinian in the same band and immediately, you think ‘prog’. This is obviously going to be a progressive rock/metal album and as such, you wonder ‘will the superb voice of Jeff Scott Soto fit into this?’

But, whilst there are some undeniably progressive element incorporated within ‘Psychotic Symphony’, Sons Of Apollo are equally as much of a hard rock band, paying a certain homage to many of the great and the good of the genre since it began several decades ago.

In true classic prog style, we are greeted with longer compositions and flamboyant sections where the instrumentalism goes berserk. However, what we get more of throughout this nine-track record are big riffs, even bigger grooves, plenty of cocksure swagger and hook-laden choruses. Naturally, we also hear plenty of virtuosity in the drum work as well as an abundance of keys. Try keeping both Portnoy and Sherinian out of the spotlight, I dare you.

The result, once the misplaced expectations have been buried, is an album that delivers so much energy, so much power and so much passion that it is very hard to ignore. Not that I want to ignore ‘Psychotic Symphony’, because, on top of the feelings that this record evokes, the music itself is of an extremely high calibre both in terms of the song writing and the execution. This could have gone so horribly wrong. But, when you have seasoned, professional musicians that can boast Dream Theater, Journey, Guns n’ Roses and The Winery Dogs in their collective CV’s, you’re more than likely in safe hands. 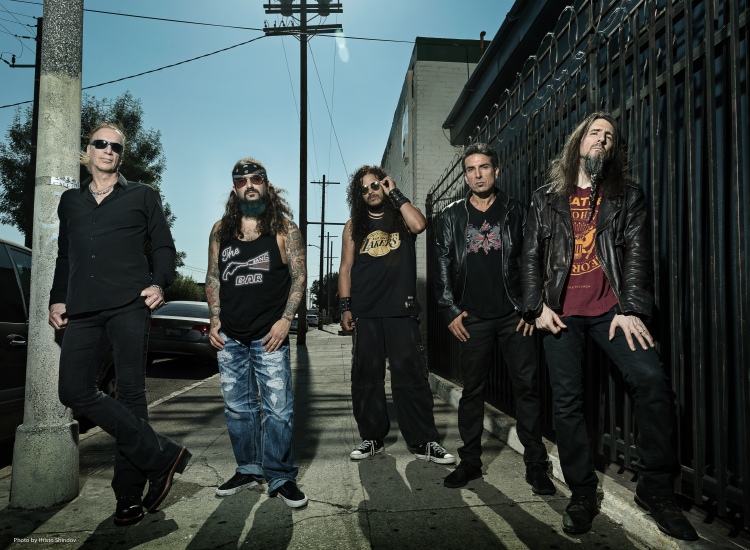 The quintet has clearly come together for the right reasons too. I’ve mentioned the energy that permeates this disc already, but there’s also that intangible aspect, the indescribable feeling you get that you’re listening to a record that the musicians believe in and had a lot of fun making together. This intangible feeling smothers ‘Psychotic Symphony’.

I don’t profess to know all of the bands or artists that are referenced in the music of Sons Of Apollo, but I can certainly hear nods towards the likes of Deep Purple, Led Zeppelin and Rush to name a few. And yet, despite all of the huge retro influences, ‘Psychotic Symphony’ somehow manages to sound fresh and above all, relevant in today’s world. Yes it contains a lot of the gratuitous frivolities that many of the younger breed tend to be a bit sniffy about these days, but I like a good lead guitar or keyboard solo and yes, I also like extended instrumental interludes I they have something to say. And on this record, all of these elements are delivered with a certain amount of panache, except perhaps the one-minute piece of fluff that’s ‘Figaro’s Whore’. That could have been left out to be honest.

Otherwise, the record is a complete triumph. You’ve probably already heard the lead single, ‘Coming Home’, but having been initially underwhelmed by it, it has dug its not-inconsiderable hooks into me and pummelled me with its huge grooves. Soto sounds mean, the huge rumbling bass of Sheehan is even more so, the riffs are voluptuous and the overall swagger is infectious.

Take a step back though, and the opening track ‘God Of The Sun’ is a behemoth of a song. It begins in real cinematic fashion, with the sound of thunder underneath eastern melodies and instrumentation. After the extended intro that builds the tension, the song burst into life with more dirty, groovy riffing from Bumblefoot, lush orchestration and some incredible drumming from Portnoy, who pulls the song along at a fair pace with plenty of rolls, fills and general exuberant flamboyance. There is a lull at the midpoint, where Sherinian gets a chance to shine out front and centre atop a moody mid-tempo melody, before the riffs come bounding in again with real force and intent. Their return signals the arrival of an instrumental interlude where each musician gets a chance to flex their musical muscles. But such is the conviction and delivery that you can’t help but buy into it and get taken along for the heady ride.

Elsewhere, ‘Sign of The Time’ comes out of the gate with a killer modern-sounding riff that’s hypnotic and heavy as you like, opening up into a keyboard-drenched monster of a chorus that is pure melodic hard rock territory. Portnoy is at his powerhouse best and the slow, deliberate descent into jazz fusion territory in the latter stages is an unexpected, yet welcome, twist. It also gives Bumblefoot the opportunity to demonstrate his impressively silky lead solo skills to great effect.

I’m also more than a little partial to ‘Alive’ which is a close to a ballad as Sons Of Apollo get. The verses feature some of the most passionate singing from Soto anywhere on the record and again the chorus is one of those that’s in the ‘once heard, never forgotten’ category. The guitar and bass combo that dominates the mid-song lull is fabulous and there’s even an energetic crescendo to round things out.

I even like the overt synth-led Deep Purple homage that’s ‘Divine Addiction’ and the thoroughly over-the-top closer ‘Opus Maximus’ with its ‘Six Degrees…’-era Dream Theater overtones during the substantial intro.

Whilst I was intrigued to hear this album, I wasn’t in all honesty expecting to like it that much. However, Sons Of Apollo have won me over massively thanks to the combination of stellar musicianship, strong song writing that manages to smoothly and cohesively blend the old with the new, and that intangible sense of fun and enjoyment that oozes from every pore of these five musicians. As such, I commend ‘Psychotic Symphony’ and urge you to take a listen for yourselves.