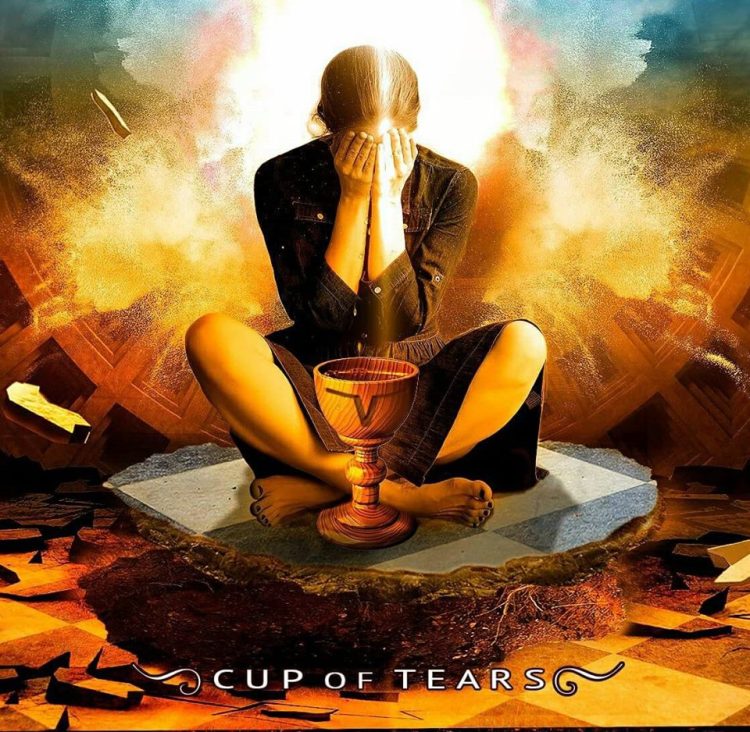 It can be very easy to lose sight of one’s core principles when faced with an ever-increasing list of albums to review. However, every now and then, an album will come along out of nowhere to remind me that I set up my site to feature bands that I like and that I deem worthy of some exposure, regardless of their relative fame or the label that they are signed with. The album in question is ‘Cup of Tears’, the debut record from French melodic metal band Devoid.

Devoid is the brainchild of guitarist Shad Mae and features vocalist Carsten ‘Lizard’ Schulz, keyboardist Jorris Guilbaud, bassist Ben Toquet and drummer Ben Wanders. But that only tells part of the story because Shad Mae has managed to enlist the services of some very highly respected guitarists to guest on the record. As such, the music on ‘Cup of Tears’ is littered with the talents of Mattias Ia Eklundh (Freak Kitchen), Daniel Palmqvist (Beyond The Katakomb), Magnus Karlsson (Primal Fear) and Henrik Danhage (Evergrey).

Put all these musicians together and they have created an album that should find favour with fans of melodic heavy metal, particularly those who enjoy plenty of guitar histrionics and layers of keys. It isn’t the most original of albums but what it lacks in uniqueness, it more than makes up for with strong compositions that become rather irresistible thanks to strong melodies, big, memorable hook-laden choruses and the vaguest hint of prog. 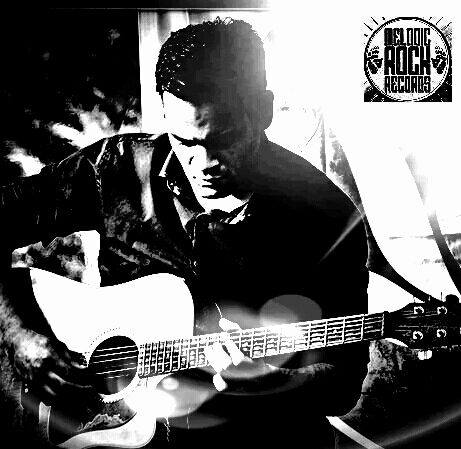 I was approached by Shad Mae to review ‘Cup of Tears’ and during our brief exchanges, we realised we had a love of Evergrey in common. Therefore, in light of this and with the inclusion of Henrik Danhage as a guest, it will come as no surprise that the Swedish Gods (in my opinion) are one of the biggest influences on the sound of Devoid. We’re not talking ‘clone’ territory, but there are plenty of obvious reference points, such as the dark tones within ‘Religion’ for example, the overall vibe and riffs of the muscular ‘Colours Fade To Grey’ or the tinkling keys within ‘Agony’ which are a spit of Evergrey’s ‘Mark of the Triangle’. But in addition to Evergrey, I do hear other references including hints of In Flames or Soilwork in the opening riffs of ‘Collective Heart’ and even early Nightwish and Tristania when the symphonic arrangements become even more pronounced, such as within ‘Religion’

Fortunately for Devoid, the song writing in general is strong enough to withstand the criticism that might come their way for these obvious homages to put it kindly. Indeed, the more I listen to ‘Cup Of Tears’, the more I find myself enjoying it and more often than not, I get caught up in the exuberance of the material, not to mention the huge melodies that are worth the entrance fee alone. Just about every one of the 12 tracks has a hook that squarely hits the mark and ensures that I come back for more.

Led by the very adept vocals of Carsten ‘Lizard’ Schulz, ‘Cup Of Tears’ is also an extremely consistent record, where the quality is maintained by and large from the beginning to the end; there are very few occasions where I feel that the flow is halted by a poor or substandard track. This is, of course, aided by a surprisingly strong and clear production that allows each of the instruments to shine.

Favourite songs would have to include ‘Otherworld’ with its powerful riffing and superb, synth-drenched sprawling chorus whilst ‘Mind Keeper’ catches the ear with the addition of an unexpected yet thoroughly welcome Scottish-sounding instrumentation. ‘The Clock Is Ticking’ meanwhile benefits from an elegant acoustic-guitar led intro before exploding in a blaze of lead guitar flamboyance atop a muscular rhythm section. Plus, it seems to go without saying that the bridge and chorus to this track is immediate ear candy.

In short, Devoid do not reinvent the melodic metal wheel. However, they do provide a massive amount of aural enjoyment thanks to a winning combination of quality song writing, strong individual performances and plenty of irresistible hooks. The result is a debut album that has surprised me and impressed me in equal parts. Do yourselves a favour and check Devoid out, because the chances are you’ll be impressed too.