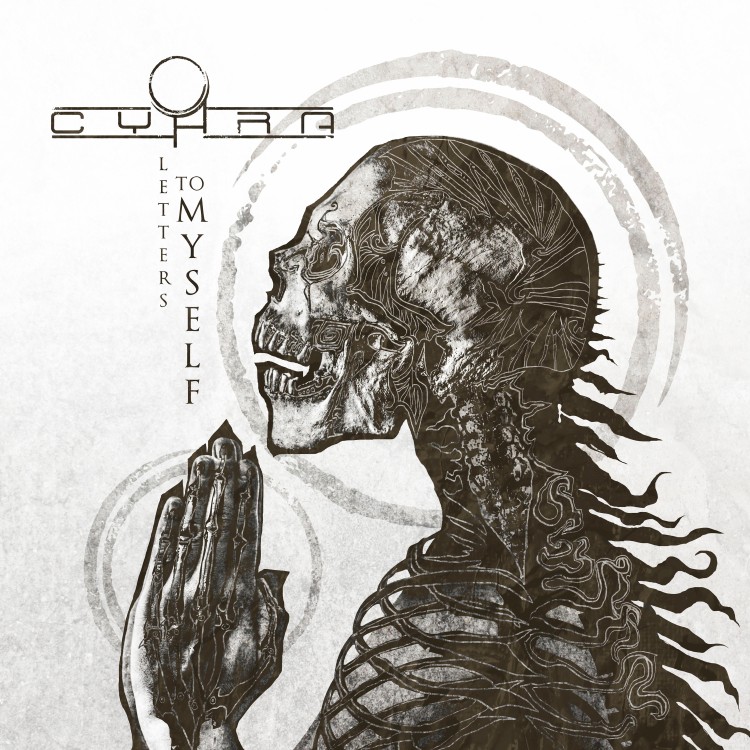 Album Title: Letters To Myself

I have been desperate to review this album ever since I knew of its existence, several months ago, maybe even longer. Unfortunately, until recently, I only had access via an Internet stream, so my opportunity to listen to it was limited to say the least. I hate reviewing music without having first given it a full, detailed listen, so I delayed until I had better access to it. And huzzah, with download access, I have now been able to absorb this record sufficiently to offer my considered thoughts about it.

The reason I was so excited about the prospect of this album is because of the clientele involved. I seem to have used the dreaded word ‘supergroup’ a few times recently, but that term is very much justified here. CyHra is the collective noun chosen for a quartet of musicians comprised of ex-Amaranthe vocalist Jake E, the ex-In Flames duo of guitarist Jesper Stromblad and bassist Peter Iwers, and Luca Turilli’s Rhapsody’s drummer Alex Landenburg. CyHra was initially the brainchild of Jake E and Jesper Stromblad when, after chatting, they realised that they shared a similar vision and decided to start a new band. Iwers and Landenburg were quickly added to the roster and ‘Letter To Myself’ is the resultant debut album.

At this stage, let’s tackle headlong the elephant in this particular room: If, like me, you have fallen out of love a little with In Flames’ recent output, you’ll probably want to know immediately whether or not the inclusion of Stromblad and Iwers means that CyHra will directly scratch that early In Flames itch. The short answer is ‘no’, it won’t. The longer answer is ‘it might a little bit here and there, if you’re prepared to embrace other influences alongside’.

Essentially, ‘Letters To Myself’ can best be described as a heavy, modern melodic metal record. And, I have to say, it’s a damn fine one at that, too.

Of course, given the musicians involved, it’s no surprise to report there is more than a hint of melodeath to be heard, particularly in the now-familiar guitar playing of Stromblad. His chosen guitar tones definitely recall those heady days of the In Flames ‘Colony’/‘Clayman’ eraon occasion but that’s pretty much where the similarities end. Overall, there’s more of a mainstream, alternative vibe to the 12 tracks that adds an interesting dimension to proceedings and keeps things fresher than they otherwise could have been. 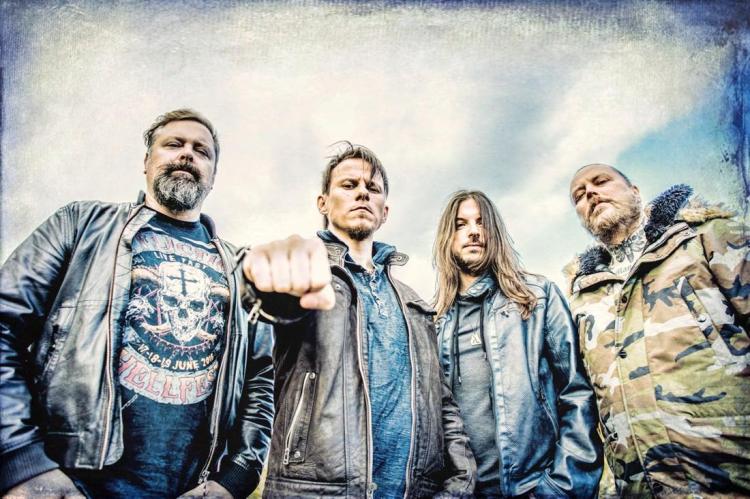 With Jake E at the helm, the Amaranthe influence is hard to ignore too, certainly given how ridiculously catchy much of the material on ‘Letters To Myself’ is. I guarantee that there are several tracks that you’ll be singing long after the album has ended. The addition of very prominent modern-sounding keyboards and electronic samples adds further parallels to the Amaranthe-isms, but after a few spins, it becomes clear that CyHra do actually have their own identity.

In that respect, I have found that the best way to listen to ‘Letters To Myself’ is to forget the past, forget the pedigree of the musicians and instead focus on the material offered, judging it on its own merits. If you do this, the listening experience is far more enjoyable.

To begin with, the opening trio of songs are an absolute blast; immediately likeable and full of power and intensity. They hit with full force and are instantly irresistible as a result.

‘Karma’ kicks things off in real style. An electronic beat is quickly joined by Stromblad’s guitars in an exuberant opening, the most ‘In Flames’ section on the entire disc for my money. After a smouldering verse, the enormous chorus acts like a collective venting and release of steam. Jake E powers above the strong Landenburg/Iwers rhythms in style with his trademark delivery, whilst Stromblad cuts loose, eventually delivering a soulful, nuanced solo once the second chorus has departed. If you’re not grinning from ear to ear by the time this track ends, you’ll know that this record is not for you.

Up next is ‘Heartrage’, another up-beat, up-tempo track that features some intriguing drumming from Landenburg, not to mention some lush atmospheric keys. The chorus is another belter; a moody and intense affair with huge hooks that burrow deeper with every passing listen.

The final cut within this stellar opening trio is ‘Here To Save You’ and if the previous track boasted a moody, hook-laden chorus, this composition pushes things another notch further. It opens with a lovely acoustic guitar intro before the familiar electronics duet with Stromblad’s chunky riffs. But it is the sprawling, memorable chorus that takes the spotlight with Jake E given the space to soar effortlessly over a devastating and surprisingly sophisticated melody.

There are plenty of other great tracks that could be mentioned, such as the bombastic and catchy-as-hell ‘Muted Life’, the muscular mid-tempo stomp of the title track and ‘Dark Clarity’ with yet more potent melodic sensibilities and superb, striking lead guitar work. Then there’s the enormous feel-good anthem ‘Black Wings’ to contend with, another track that gets bigger and better the more you listen.

If I have a slight reservation about ‘Letters To Myself’, it’s the fact that the record feels a little like it fizzles out towards the end. Instead of bring things to a close with a real bang, the last few tracks don’t quite deliver in the same way as the opening songs do. This is not to say that the likes of ‘Inside A Lullaby’ and ‘Dead To Me’ are of significantly lesser quality, because they are not. I just wish that this album ended in a similar vein to the way in which it began, namely knock-your-socks-off fantastic.

Nevertheless, it would take someone churlish to declare ‘Letters To Myself’ as anything other than a success. You can feel that the musicians involved are having fun playing this material and that translates into the end product without doubt. It may be polished and unashamedly modern but with ‘Letters To Myself’, CyHra have produced a debut album of modern melodic metal that has planted a great big smile on my face. And isn’t that enough?