I know it is only 1st November 2017, but there have been a few big announcements recently that I simply can’t ignore. They all point to 2018 being equally as good as 2017, if not better, for the kind of heavy metal releases that I like.

So, what is really exciting me? Let me enlighten you… 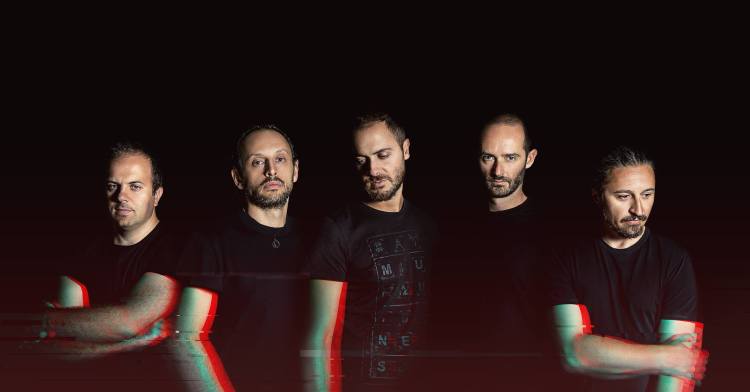 I know that I have mentioned the name Kingcrow before on this site, but this is one release that I am hugely excited for. I try where I can to champion the cause of bands that I firmly believe deserve the attention and greater levels of success. Without doubt, Kingcrow sit at the top of the pile, both in terms of quality and the need to spread their name far and wide.

I have been a big fan of the quintet, led by the talented Diego Cafolla, ever since I heard their fourth release ‘Phlegethon’ in 2010. Since then, they have become a firm favourite with me. Speaking with Diego, he has exclusively revealed that the new album ‘can be described as dark and atmospheric spanning from ambient music to heavy riffs.’ Words that, to me, are like music to my ears.

As yet, there is no release date set for ‘The Persistence’ and no news of which label, if any, it is to be released on. But it is coming and I have a feeling that fans are not going to be disappointed. 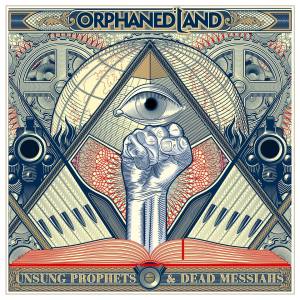 Orphaned Land are a special band, and living proof that music can unite even the most diverse of people. Playing shows in front of audiences comprised of multiple religions and ethnic backgrounds, they are the catalyst for bringing people together. This ability cannot be understated.

But one listen to the Israeli progressive metal band and it is not hard to see why so many people flock to their music. Honest lyrics that deliver positive messages are blended with high quality music that is very melodic, almost catchy at times, but also intelligent and multi-faceted when required. Having seen Kobi Farhi and co. in concert, I can testify that their music comes alive even more on stage, unshackled by the confines of vinyl or CD.

On 26th January 2018, the quintet releases ‘Unsung Prophets & Dead Messiahs’, their long and eagerly-awaited sixth album. What a great start to the year this threatens to be then.

News of the departure of long-time vocalist Ray Alder (Fates Warning) came as a huge surprise when it was announced by Redemption mastermind Nick van Dyk around the time of Progpower USA in September 2017. But the bigger surprise came in the shape of the replacement, which was revealed to be none other than Evergrey’s Tom Englund. As you know, I’m the biggest fan of Englund; for me, he is my favourite vocalist on the planet. His tone and passionate delivery elevates the already stellar music of Evergrey to a stratospheric level.

Given that they are my number one band, I did immediately worry that this news might adversely affect Evergrey. Having been assured that it won’t, I have relaxed and started to think about how good it might sound having Tom joining forces with van Dyk and co. After all, Redemption aren’t far off being in my top 10 bands of all time themselves. Tom’s emotional voice might just be the perfect foil to the equally emotional yet technical progressive metal output of Redemption; this could be a marriage made in heaven.

It is difficult to tell from the brief and un-mixed snippets that we have heard so far, but I have enormously high hopes for ‘Long Night’s Journey Into Day’ – could it be a contender for ‘album of the year’? We’ll just have to wait to find out…but I’m not great at waiting.

In 2011, Lost In Thought released the excellent progressive metal album ‘Opus Arise’. Ever since then, we have been patiently waiting for a follow-up, to see whether the debut was a case of beginner’s luck, or if this UK quintet could be considered a bona fide member of the UK prog top table.

The path to album number two has not run smooth, with delays galore and line-up alterations that has seen Nate Loosemore replaced by Deane Lazenby behind the microphone. However, I am assured that a new album is on the way in 2018. In fact, drummer Chris Billingham has this to say about the new record:

‘The album is coming along extremely well! David is in the process of mixing all the tracks. The rough mixes that are coming out of the studio at the moment sound absolutely monstrous and we can’t wait to get this record out!

We’ve had a lot of eager requests from LIT fans old and new. We really think that this album is not only going to tie in well with ‘Opus Arise’ but at the same time, break new ground. There are a couple of special tracks on this album a ‘Part 2’ to an OA track and also a reworked piece from LIT history…’

Sounds intriguing, doesn’t it? Hopefully we don’t have too much longer until we can hear the results of their labours.

Oceans of Slumber – The Banished Heart

I was really pleased to recently discover that Texan metal band Oceans of Slumber are due to release their third album, ‘The Banished Heart’ on 2nd March 2018, a bare two years since they brought us the most excellent ‘Winter’.

As I remarked during my review of ‘Winter’, ‘Oceans of Slumber are difficult to categorise when it comes to the music itself. There are elements of death, symphonic, doom and progressive metal, not to mention touches of folk, alt rock and a plethora of other ideas. On top of this, they are then blessed with a vocalist in Cammie Gilbert who has a silky, soulful and melodic voice, the perfect counterpoint for the sophisticated, often very heavy, music beneath.

The band have gone on record to state that this album has been fueled by some very raw personal emotions, using their own experiences as a catalyst to create an uncompromising and honest body of work. I, for one, can’t wait to hear what the Americans have come up with.

‘Mercy Falls’, released in 2008 is one hell of an album, a genuine all-timefavourite of mine. The technical ability, the complexity of the songs and the passionate delivery, topped off by the pop-like delivery of vocalist Tommy Karevik make a wonderful final product. The follow-up, ‘The Great Escape’ (2010) was also very good and highly regarded in progressive metal circles. However, it has been seven years since we’ve had new material from these talented Swedes and there has been a fear amongst some, that we might never see a new record.

But, just a few days ago, these fears were well and truly extinguished. The new album, the fifth of their career, is entitled ‘Tiara’ and will be mastered at Fascination Street Studios by Jens Bogren. To quote the press release dated 28th October, ‘The 13 tracks of this concept album will visit some new sonic spaces for Seventh Wonder, while staying true to form’.

The only negative? It is to be released on Frontiers Records, so I will have to review it via a stream. Not ideal, given the way I write reviews, but I’m sure I’ll find a way to give it the full manofmuchmetal.com treatment.