Welcome to a thoroughly necessary second instalment of my ‘2017 – honourable mentions’ post.

As I mentioned in the first part (read it here), 2017 has been an exceptionally strong year for heavy music. I have listened to a ton of new music over the past eleven months and it is the first time that I have surpassed 100 reviews in a calendar year. Given that I tend to devote most of my time to writing reviews of albums that I like, this is a very prominent example of just how good 2017 has been for me.

I have listened to bands that I’ve never previously tried and I have broadened my horizons in terms of the genres of music that I have explored. 2017 has been about saying ‘I’ll give that a go’, rather than saying ‘hmmm, I don’t really like that genre, I think I’ll give it a miss’. As a result, I have discovered some great new music from bands I’d previously discarded as well as finding myself forced into re-evaluating long held views about certain genres. Doom and thrash most notably spring to mind here.

The upshot is that 2017 has delivered too many good records for me to stick arbitrarily to a top 30 and not mention others that have just missed out. So, on that note, here are a few more excellent albums that I have thoroughly enjoyed during the year, but that have fallen short of my final top 30 shortlist. 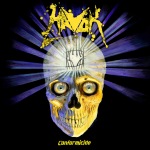 If you’d said to me at the start of 2017 that a pure out-and-out angry and aggressive thrash metal record would have been this close to featuring in my final top 30, I’d have probably laughed at you. However, that’s indeed the case with ‘Conformicide’ from Havok. For me, the key to its success is the way in which the venomous aggression is kept in check with a light dusting of melody and a few other clever elements that give it an intriguing and compelling identity of its own.

“In true thrash style, it is angry, it is spiteful and it sticks two metaphorical fingers up at the establishment. But more than that, the rhetoric is backed up by some killer heavy music. It makes me bang my head and, more importantly, has forced me to re-evaluate my opinion of thrash metal in general.”

Greek band Until Rain should consider themselves very unlucky not to have snuck into my end of year top 30. It took a while to get to grips with ‘Inure’ but sitting here now, I really enjoy the blend of classic progressive metal and more modern musical influences that have come together to create something really rather super and convincing. A victim of poor timing, had it been released any other year, this rich and varied album would have featured much more prominently.

“It has come out of nowhere to provide one of the biggest surprises of the year so far. If you are open-minded, like a challenge and enjoy deep, involved music, then ‘Inure’ by Until Rain comes with the highest of recommendations from me.” 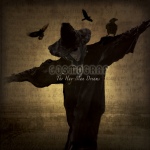 Under the Cosmograf moniker, Robin Armstrong has created an intelligent album full of lush and vibrant progressive rock, the kind that is thoroughly immersive. It is also a darker, more atmospheric album, wrapped up in a poignant concept story. It all adds up to an extremely powerful listening experience, one that deserves to thrust Cosmograf into the prog rock limelight once and for all.

“I have genuinely taken ‘The Hay-Man Dreams’ to my heart. It is, for me, right up there with the very best that the progressive rock world has to offer right now. Confident, assured, intelligent and beautiful; that’s Cosmograf and that’s ‘The Hay-Man Dreams’.”

I struggled with this album enormously in the beginning. I came to it late and, with all the surrounding hyperbole from all corners, I couldn’t see what all the fuss was about. I’m glad that I stuck with it though, because eventually, the subtle charms buried within the heaviest, darkest and most progressive Anubis Gate album to date started to emerge. I’m now strangely hooked on this album and, although it misses out on the top 30, it is nevertheless a very impressive record.

“…there is no denying the high quality of music on this record and it is a slick, professional and ultimately rewarding melodic progressive metal album.”

I came to this record with absolutely no expectations. In fact, when I came to this review, I didn’t even know that this UK-based band even existed. However, such is the magic of music, I found myself thoroughly impressed by this debut release. I’m a sucker for blackgaze because I love the combination of extreme metal and sumptuous melodies. And Asira have produced their own superb take on this wonderful subgenre.

“On the basis of ‘Efference’, I can only predict big things for Asira. If their debut album can be so ambitious, cohesive and assured, what on earth will their second, third and fourth albums sound like?…for now, content yourself with the fact that there’s a new band in existence that has so much potential and simply immerse yourself in ‘Efference’. As blackgaze goes, this is one of the best I’ve heard in a long, long time.”

This is yet another album that came out of nowhere to thoroughly impress me in 2017. Led by the new Iced Eath guitarist Jake Dreyer, Witherfall have come through adversity to finally release their debut album. And what an album it is. Taking their cue from the likes of Symphony X and Nevermore, ‘Nocturnes and Requiems’ is a surprisingly varied record, full of instrumental virtuosity and strong song writing. It’s that good, that since its release, Century Media have justifiably snapped up Witherfall.

“An album that I knew nothing about until a copy was thrust upon me has ended up making a huge impression upon me. It remains to be seen what the future holds for the remaining three members of Witherfall but I sincerely hope that ‘Nocturnes And Requiems’ is not a one-off because it is just too damn good and newly-converted fans (myself included), simply need more of this kind of music in our lives. To deny us this would be a huge travesty.”

And, from previous years: