It is now a week since I began this little adventure, as I do every year. Somehow, it gets me in the festive spirit because I know that it can’t be long until my Christmas holidays, when I allow myself a little break so that I can kick back, relax and have fun with my family. I’ll still listen to lots of heavy music though. I’ll always listen to lots of heavy music. Even in the midst of a nuclear winter, I’ll be contemplating whether to listen to Immortal or Dissection. This music is in my DNA and, as hard as I try*, I’ll never turn my back on such a wonderful genre of music.

*I won’t try very hard at all.

But back to this Album of the Year series, I have loved the fact that so many of you have reacted positively to some of my choices and, in the case of my pick at 29, some of you have discovered a new gem. I won’t say ‘I told you so’, but…well…I did, sorry. I’m hoping that along the way, I can repeat the feat and bring more worthy bands to your attention.

Today’s pick will not be a new name for most of you, if anyone at all. But it is a glorious return after several years in the wilderness.

If you have missed any of the previous posts in this series, links can be found at the bottom of this post along with links to the entire countdowns from previous years. 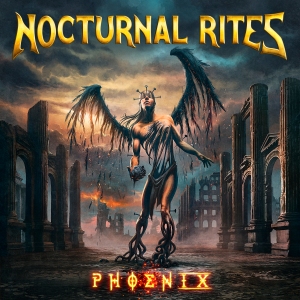 “It is like the band never went away. The core of vocalist Jonny Lindqvist, guitarist Fredrik Mannberg, bassist Nils Eriksson and drummer Owe Lingvall remain in place, recently joined by Scar Symmetry guitarist extraordinaire Per Nilsson to round things out. And they have put together a truly brilliant heavy metal album. If you’re looking for inspiration on how to create the perfect blend of melodic metal, power metal and classic heavy metal, then look no further than ‘Phoenix’.

Everything a died-in-the-wool heavy metal fan could possibly want is right here. There’s no wasted time, no wasted notes; the whole album feels well-honed and well oiled, like a machine…What you get on ‘Phoenix’ is wall-to-wall riffs, gigantic rhythms, huge melodic choruses that frequently veer into anthemic territory, blazing solos and powerful vocals that are dripping with heart and passion.

Nocturnal Rites have not just lived up to my expectations, they have smashed them out of the park. ‘Phoenix’ is huge and it deserves your attention immediately.” 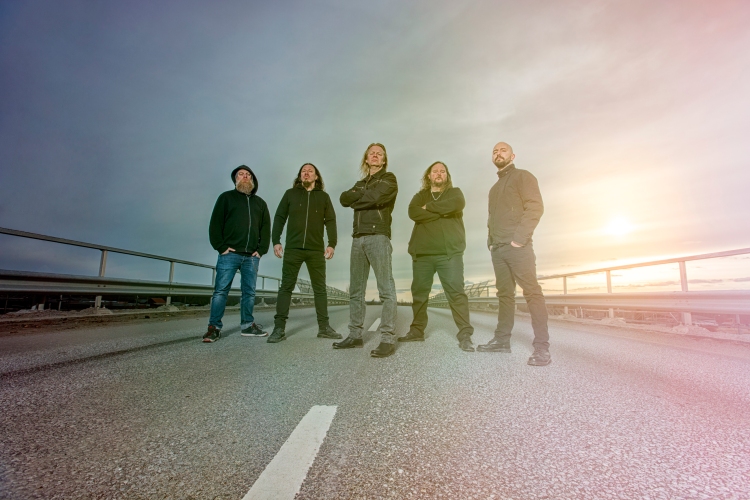 I honestly had no idea just how much I had missed Nocturnal Rites over the last ten years. However, it wasn’t long before I was reminded in no uncertain terms. The Swedish power metal quintet metaphorically grab the listener by the throat right from the off and don’t let go. It is very much a case of metal anthem after metal anthem, the kind of music that makes you feel good whatever your mood and begs you to sing along.

The choruses are massive, full of hooks and up-beat material that is very good on a first listen. However, I have had ‘Phoenix’ on heavy rotation for quite a while now and the songs just seem to get better and better. Often with the melodic end of the heavy metal spectrum, the music can tend to go off the boil a little once the initial sugar rush has passed. Not so here, as the music remains as powerful now as it did at the beginning, more so in fact.

To underline this point, ‘Phoenix’ wasn’t going to feature at all in my top 30 when I first heard it, even though I liked it. But now, it sits at number 24 and, had it not been for other stellar performances this year, it might have crept even higher up the list. This really is exceptional melodic heavy metal and it is more than worthy of a place in this year’s list.