I haven’t yet missed a day in my quest to complete this series before a well-earned Christmas break. It has been challenging but very rewarding so far, not least because of the general positivity that has flowed my way since I began this countdown exactly two weeks ago. I’m still awaiting my first real ‘what the @#*#’ moment from a reader, which is good – it means that my choices so far can’t be too wide of the mark. But I won’t rest on my laurels, as a complaint could be just around the corner!

As I always remind new and established readers, if you have missed any of the previous posts in this series, links can be found at the bottom of this post along with links to the entire countdowns from previous years.

But now let’s get on with the main event for today and reveal my choice at no.17… 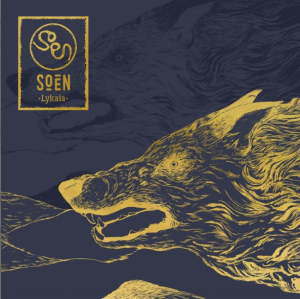 “The truly great thing about Soen, particularly on ‘Lykaia’ is that they don’t sound like anyone else. There are definite nods towards the likes of Opeth and Tool, but ultimately, Soen have cultivated their own sound.

I also hear inflections of Katatonia although this similarity is born out more from the overall tones on ‘Lykaia’ than the music itself if that makes sense. With Soen here and with Katatonia, I get that same sense of frustration, despair and darkness of the human psyche as well as an overall sense of a claustrophobic urban dystopia where negativity is rife and constantly threatens to stifle anything more positive and hopeful…

‘Lykaia’ is one of those albums that is best enjoyed as a whole, as the smooth transitions from song to song mean that the record has the feel of one distinct body of work. And, at around 50 minutes in length spread across eight tracks, the complete work sits at a nicely digestible length, a length that flies by at times.

I had come to ‘Lykaia’ hoping for an album from Soen that I could like and from which I could take some genuine enjoyment. What I hadn’t bargained on was an album that would very quickly make a profound and indelible impression on me…

‘Lykaia’ is another step up in almost every regard and as such, this is an album that any self-respecting prog fan needs to hear. In fact, given many of the other ingredients within the Soen sound, you don’t even need to be a fervent fan of progressive music to fully appreciate this record.” 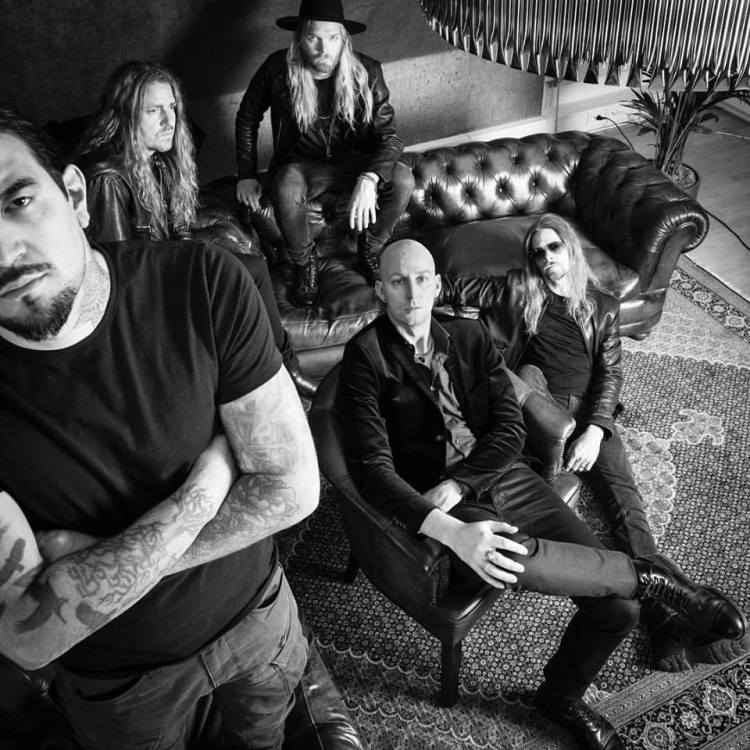 From the passionate vocals of Joel Ekelöf to the expressive guitar work of Marcus Jidell, via the natural and organic production that lends a rich and vibrant aura to the music, everything about ‘Lykaia’ screams class. In fact, I have no qualms in referring to this, the quintet’s third album as their best.

But it’s not just the addition of these two musicians that alone creates the magic found on ‘Lykaia’. The songwriting is hugely impressive for example; the songs are exceptionally dynamic and dramatic, demonstrating that the musicians are equally at home delivering music with energetic heaviness one minute and and delicate subtlety the next. The ebb and flow is well-placed, ensuring that the listener is taken along for the ride, fully buying in to the dark and melancholy imagery that comes with it both musically and lyrically.

I also really enjoy the technicality of the music that lurks just below the surface. On a casual listen, the songs appear straightforward and smooth. However, scratch beneath the surface and the prog fan within you will be delighted and captivated by the intelligence of much of the material. Clever time signatures, off-kilter riffs, interesting sounds, and textures; it all becomes part of the intensely intelligent soundscapes created on ‘Lykaia’.

If you want to listen to sophisticated music that offers immediacy and longevity, I suggest you wrap your ears around this latest (and greatest) release from Soen as soon as possible.