Another day, another post! I hope that you are enjoying my series this year – judging by the comments, I still seem to be getting my choices just about right.

Hopefully, by now, you will have noticed that I have not chosen all of the usual suspects that you might think. As I have said before, 2017 has been a year of trying new things and opening my mind to new sounds, new genres and new bands. And, whilst today’s choice is not a new band, it is a genre with which I’ve not always been overly enamoured. And yet, here we are, over the half-way mark and I’m singing the praises of a record I’d not heavily considered prior to its release.

Before I reveal today’s pick at no. 15, there’s just time to deliver my usual reminder: If you have missed any of the previous posts in this series, links can be found at the bottom of this post along with links to the entire countdowns from previous years. 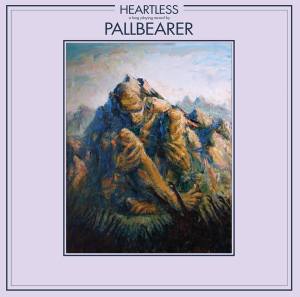 “As with any highly anticipated release, there was much talk on the Internet about how this record might sound. The group went on record quite early to describe it, suggesting that the new material ‘weaves together the spacious exploratory elements of classic prog, the raw anthemics of 90’s alt-rock, and stretches of black-lit proto-metal’.

With a Katatonia or Anathema album, I expect to be emotionally effected but when it comes from a source as unexpected as this, the result is far more draining and ultimately very satisfying.

I am going to stick my neck out and say that right here, right now, ‘Heartless’ is the best doom metal record that I have ever heard. Yes it incorporates a number of different influences to create a rich tapestry of sounds, textures and moods. However, at its core, ‘Heartless’ is pure doom metal, born and bred.

There isn’t much more to say that hasn’t already been said. The injection of more overt progressive tendencies alongside some sumptuous melodies and assured, ambitious song writing means that with ‘Heartless’, Pallbearer have created what I think might very well be my favourite doom metal album ever. Meaningless hyperbole this is not, because ‘Heartless’ delivers in every facet. This is a doom metal masterpiece and my life is richer for hearing it.”

It takes a lot for me to get excited about a doom metal album. It has never been my favourite genre but Pallbearer have forced me to reassess my thoughts and prejudices with their third album, ‘Heartless’.

In many ways, the title of the record is grossly inaccurate because one thing this album is not, is heartless. The music contained within the seven compositions full of heart; it is rich, vibrant, varied and surprisingly melodic, irresistibly so in fact. But whilst I’m a sucker for a good melody, it is the sheer variety within the tracks that delivers the biggest buzz.

Whilst Pallbearer are pure doom metal at their core, the quotes above from my review should leave you in no doubt about the plethora of different influences evident throughout ‘Heartless’. Ambient, prog, post rock, alternative rock, dark metal, classic metal – it’s all here and it all works wonderfully well, to the point where I get completely swept up in the whole thing. I’d argue that the word ‘anthemic’ might be apt when describing much of the material on this record

I also love the fact that Pallbearer choose to overlay their deeply textured music with clean vocals instead of something harsher. I’m a big fan of more extreme vocals but it is a welcome change of pace to hear the rumbling down-tuned riffs accented by something other than guttural growls; it adds to the sophisticated end product expertly and means that it will also appeal to a wider audience, pulling in interest from those who like to hear something less extreme in the vocal department.

All this adds up to an album that I liked a great deal at the time of its release and continue to like more and more as time goes on. The fact that it just gets better as time goes on means that there was never any doubt about it featuring in this list. The best doom metal album that I have ever heard? Well, it is certainly up there, without a doubt.