As I get closer to the top five and then the top 3 for 2017, the quality of the music on offer begins to beggar belief. We are talking about at least ten albums this year that are the crème-de-la-crème and, to a certain extent, ranking them in order is a bit of a futile task. But for the purposes of this year’s extreme music advent calendar, I had to bite the bullet, climb off the fence, lay my cards on the table and do many other things that feature within some well-known clichés.

Just before I go any further and reveal my pick at no.7, there’s just time to remind you that links can be found below for all of my previous posts in this year’s series, along with a couple of ‘honourable mentions’ posts and the entire series from 2012-2016. Please enjoy the fruits of my labours. 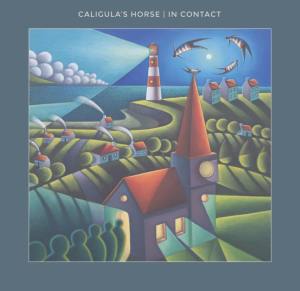 “From the irresistible cover artwork, right through to the deeply considered concept that flows through the album, it is clear that ‘In Contact’ has been put together with genuine passion and a tremendous attention to detail. Then there’s the music itself…

[Jim] Grey goes on to confirm that ‘In Contact’ features some of the most personal material of their career to date. I’m not surprised either because one of the first impressions I get with this record is that it is definitely a darker, heavier and altogether more intense listen than any of their previous output.

like all Caligula’s Horse material before it, ‘In Contact’ is not afraid to mix things up and so whilst much of the music treads a heavier path, you still get the quieter, more introspective and more soothing passages, where much more subtle soundscapes are experimented with. I love this mix of styles because it helps to create more depth to the music and, in turn, allows the different ingredients to make a stronger impact.

In a year that has produced some top-drawer progressive albums already, here’s another to add to the list. Caligula’s Horse may have produced a masterpiece with ‘Bloom’ but the more I listen to ‘In Contact’ and the more it burrows into my affections, the more certain I am that the Australian quintet have matched their past efforts, maybe even superseded them. ‘In Contact’ is very nearly a flawless record and demands Caligula’s Horse be placed at the prog top table with immediate effect.” 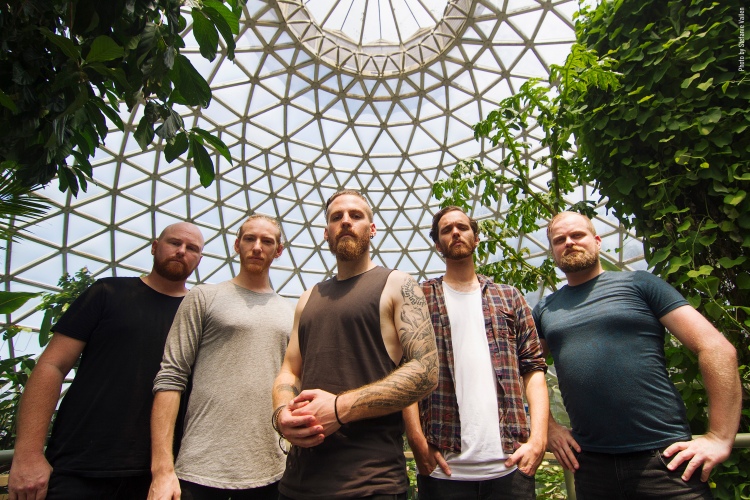 Darker, heavier and more intense – three adjectives I used within my review of this album to describe the music on ‘In Contact’, the fourth full-length release from Australian prog metal band Caligula’s Horse.

However, there are several other adjectives that spring to mind now that the record is that little bit older and more familiar to me. I’d add ‘challenging’, ‘rich’, ‘passionate’ and ‘beautiful’, not to mention ‘complex’ and ‘immersive’.

I use the word ‘complex’ to describe both the music and the lyrics too, for not only is ‘In Contact’ full of very accomplished and technical material, the concept that ties things together is not simple either. And it adds a real gravitas to proceedings, making the whole experience that little bit more satisfying, sincere and deep. You realise very early on that much thought has been put into the concept but as time goes by and the words start to become clearer, the record develops another really important layer.

I’m still not a fan of the spoken word track, although over time I have ceased to skip it on every occasion. But still, regardless of this tiny hiccup, I simply cannot fault anything that Caligula’s Horse have provided us with on ‘In Contact’.

One of the big assets to ‘In Contact’, something that sticks with me and pulls me back for repeated listens is the almost inexplicable warmth in tone to the album. I know that overall the content is heavier, darker and more intense than previous releases but Caligula’s Horse have an uncanny, almost effortless, knack of making their music very pleasing on the ear. A lot of this has to do with the production of course, but it is also testament to the ability of each musician as an individual. You can hear every note of every instrument and it is patently obvious that everyone has brought their ‘A’ game to this record to make it the inviting and enticing beast that it is.

Then there are the melodies that litter this magnificent album. At first, I was concerned that I wasn’t going to like ‘In Contact’ as much as its predecessor, ‘Bloom’. But I wasn’t counting on the subtle and insidious nature of the hooks and melodies that would later find themselves burrowed deep within my subconscious. If I had a penny for every time that I have woken in the morning with an earworm, only to discover it is a Caligula’s Horse track, I’d be able to retire on the proceeds by now.

Essentially, ‘In Contact’ is deserving of such a high placing within my end-of-year list because it ticks all the boxes that I want ticked by an album. It is satisfyingly heavy, brilliantly complex, shrewdly up-to-date, wonderfully deep and sublimely beautiful. And it is getting better the longer I have it in my life.