Welcome to 2018! The start of a new year can mean only one thing – the return of my annual mini-series gazing into my crystal ball and rounding up my most anticipated album releases of 2018. As with years gone by, this series features a mixture of confirmed releases, likely releases, and even a few that I live in hope rather than expectation of seeing the light of day this calendar year.

By now, many of you will know the kinds of music that interests me and what floats my boat. So there might not be too many surprises here. But judging by the list that I am working through, not to mention the records that I explored a few weeks ago in my early sneaky peek, there are some great signs of a positive 2018 being delivered to us.

So, on that note, allow me to bring you the first five releases (in no particular order) that are worthy of our attention.

Do I really need to explain my reasoning for Vanishing Point’s inclusion in this list? The Australians are, without doubt, one of the most essential melodic progressive metal bands on the planet. I won’t mention, for the umpteenth time, that ‘Tangled In Dream’ is an all-time favourite record of any genre, because that would be unnecessary. It is, though.

Instead, I’ll mention that the last couple of records have been of a similarly high standard and, from the clips I’ve heard, the new material for their upcoming record, I don’t see a dip in the quality at all. In fact, Vanishing Point are turning into one of the most consistent bands out there, with a very high quality control department.

With their new album, I am expecting galloping rhythms, punchy progressive riffs and huge melodic choruses all laced with atmospheric synths and Silvio Massaro’s voice of liquid gold. If that sounds good to you, you’ll want to keep an eye open for this highly anticipated album. I certainly will and I’ll bring you the ubiquitous review at the appropriate time.

Here was a band I wasn’t expecting to feature in 2018. After all, it was nearly six years ago that the American death/doom band released any new material, in the form of their fourth record, ‘A Frail Becoming’ back in 2012. But just a few days ago, we get an update out of the silence on social media to say that the band is alive and well. Even better, the update confirmed that the band were congregating to work on new material, and would continue to do so over the next two weeks.

I’ve been a fan of this particular band for many years. In the beginning, their music reminded me of early Katatonia and they even supported the Swedes the first time I ever saw them live on stage in the UK in 2003. But since then, they have grown into a very important band in their own right as far as I’m concerned.

Theirs is an output rooted in dark/doom metal, laced with a sumptuous and elegant melodic melancholy, the kind that can tug at the heartstrings whilst delivering a heavy dose of brutality. And, if the snippet below is anything to go by, nothing much has changed in the ‘heaviness’ stakes over the years. I’m really looking forward to this one and you should be too.

If I had such a thing as a prog metal top 10, Vanden Plas would be in it. The definition of consistency, they have released record after record of exceptional progressive metal. Of late, they have travelled a more dramatic, orchestral and cinematic path, lacing their technical and heavy framework with a grandiose sheen that is impossible to ignore.

For me, the incredible ‘The Seraphic Clockwork’ sits at the top of the pile, but ‘Christ O’ isn’t far behind. And neither are their last two records, the hugely dramatic and majestic ‘Chronicles of the Immortals – Netherworld’ released in 2014 and 2015 respectively. It was clear that these two records were heavily influenced by the theatrical stage shows that the band had been undertaking to huge critical acclaim and the results were thoroughly excellent.

The Kaiserslautern-based band have taken to social media to confirm that work is underway on a new record, with the confirmed title of ‘The Ghost Experiment’. There isn’t much to go on with this clip, but being the big fan of drum-monster Andreas Lill that I am, it still whets the appetite significantly. 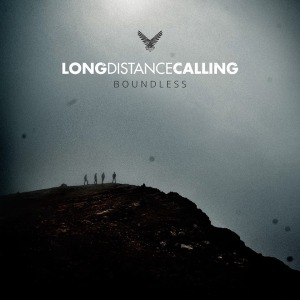 If there was one band that could single-handedly change my mind about instrumental albums, it would be Long Distance Calling. There have been a few very good records released lately without vocals, but without doubt, this German(?) band are consistently one of the very best.

Of late, Long Distance Calling have been experimenting with their approach to the extent that vocals have been introduced quite liberally to their compositions as well as plenty of other eyebrow-raising additions. The fact is though, that whatever they do, the end result is always thoroughly compelling.
However, according to the band themselves, album number x, entitled ‘Boundless’, marks a return to a fully instrumental approach. About ‘Boundless, the quartet has gone on record to state:

“This is probably the purest LDC album ever, no guests, no vocals, purely instrumental. We’re stoked how it turned out and this album got a lot of energy, heaviness, melodies and twists, we hope you will enjoy it as much as we do.”

Based solely on the content of ‘Out There’, the first single from the album, I am very excited by the prospect of ‘Boundless’. Naturally I am now chomping at the bit, awaiting a chance to hear the entire record and bring you my considered review of it. In the meantime, here’s ‘Out There’ to wrap your ears around.

Whilst some other melodic death metal bands have fallen by the wayside over the years as far as I’m concerned, my love and admiration for Soilwork has remained steadfast. Despite numerous line-up changes over the last few years, the Helsingborg sextet have never let the quality of their output fall away. There may have been the occasional blip here and there but overall, the quality of the music has always been of a high standard.

Personally, I love the blend of aggression, melody and groove that Soilwork bring to the table, all topped off by the unmistakeable voice of Bjorn ‘Speed’ Strid. Some records have dabbled with a more ‘immediate’ sound and more overt pop influences, whilst others are more extreme in their delivery, particularly of late. Nevertheless, whatever the recipe, they always seem to create superb music that I never tire of hearing.

So when the band posted the following message on social media, I got very excited:

I should have realised that a new album would be on the cards given that their last studio album, ‘The Ride Majestic’ was released in 2015. However, I can take my eye off the ball occasionally. Not now though, because all eyes are on a new Soilwork album in 2018. I can’t wait!