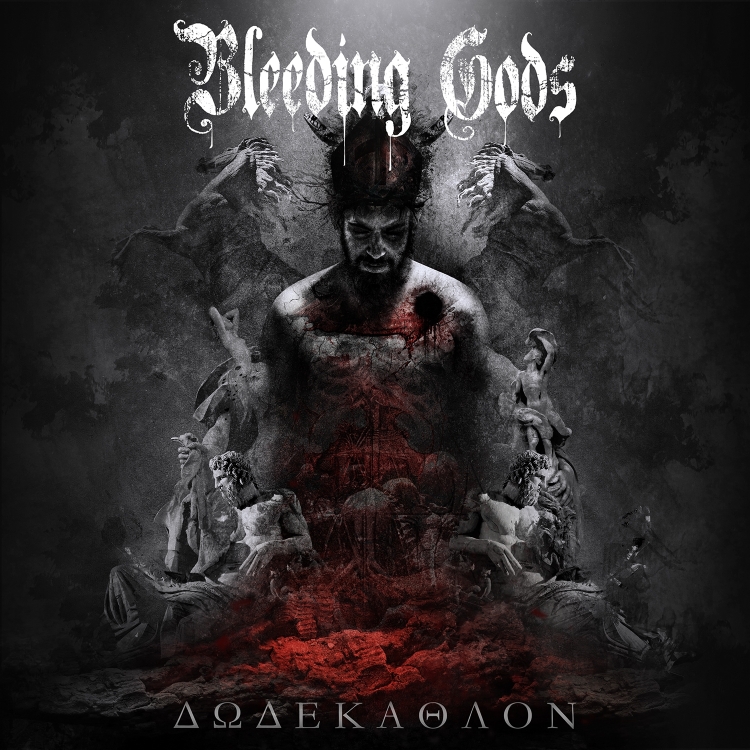 The sheer amount of heavy music loose in the world means that there is always a new discovery to be made, however knowledgeable and dedicated you think you are to the cause. Bleeding Gods is the latest band to emerge into my consciousness and they have made a significant impact with me.

The band themselves describe their music as ‘darkened death metal with black and thrash influences’. I’d go along with that, although another accurate descriptor could be ‘symphonic death/black metal’. Either way, let’s not get hung up on labelling the music because this activity will only detract from the important objective here, which is enjoying the sounds that emanate from this previously unknown Dutch band.

Bleeding Gods is the invention of ex-Houwitser guitarist Ramon Ploeg, who started the band with the intention of creating music of his own design. He has since been joined by vocalist Mark Huisman, guitarist Rutger van Noordenburg, drummer Daan Klemann and bassist Gea Mulder. Together, ‘Dodekathlon’ is their second full-length release and first on the Nuclear Blast label.

It isn’t hard to see why the German juggernaut of a record label signed this quintet up if ‘Dodekathlon’ is anything to go by, because I am well and truly smitten by this album.

In terms of influences, Bleeding Gods cite the likes of Fleshgod Apocalypse, SepticFlesh, Mayan and Nile. None of these are wide of the mark for anyone wondering what this record sounds like, because there are definitely hints of these artists within the Bleeding Gods sound. There are also parallels with Canadians Ex Deo too, although ultimately Bleeding Gods are very much their own band. In essence, this is huge, majestic, opulent heavy music that delivers pounding rhythms, enormous riffs, aggressive gruff vocals, all supplemented by orchestration and symphonics that create a sense of drama, theatrics and above all, a hugely rich atmosphere. There’s a definite classical feel to much of the material too, creating a surprising amount of elegance to what is, at its core, an extremely heavy album.

‘Dodekathlon’ or ‘ΔΩΔΕΚΑΘΛΟΝ’ as it is written on the dark, striking album cover, refers to the Ancient Greek myth about the twelve labours of Hercules. As such, there are twelve tracks that make up the record, each one focusing on one of the specific labours undertaken by Hercules in his pursuit for atonement and ultimately, immortality. Given the ambitious subject matter, the tone of the record, as well as the atmosphere has to be just right to help play a pivotal part in the storytelling.

And personally, I think that Bleeding Gods have done an incredible job. It is this aforementioned majestic elegance and atmosphere that has drawn me in so strongly to ‘Dodekathlon’. You see, whilst there are plenty of blastbeats to be heard from Daan Klemann as well as fast, aggressive passages and over-the-top extreme metal embellishments, such as wailing, spiralling lead guitar breaks and sinister vocals, I just love the way I which they are perfectly balanced with the symphonics and the imagery to create something more than just a ‘normal’ extreme metal record. 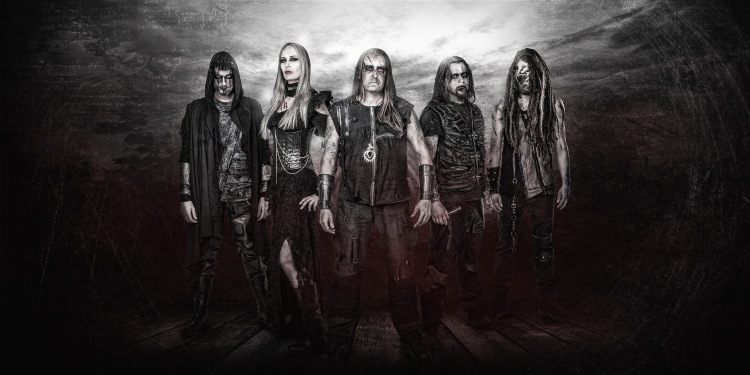 The likes of ‘Inhuman Humiliation’, with its savage intent and sense of brooding drama, will find immediate favour with those who are looking for a bruising and intense listening experience in spite of the ponderous, sprawling intro and the glorious rumbling bass-led outro from Mulder. The same could be said for ‘Birds of Hate’, which is one of the most aggressive tracks on the album, albeit accented by some wonderfully-pronounced synths that soar above the tumult imperiously.

Elsewhere on ‘Dodekathlon’, I find myself surprised and delighted by the fact that the music is not all about breakneck speed, fretboard dexterity, or simply bludgeoning the listener into submission. For much of the time, the compositions are slower in tempo and are varied, nuanced affairs, that don’t cease to surprise me more than a week after first pressing play. In fact, if anything, the music is getting better with every spin.

But where do I begin with further dissection and explanation of ‘Dodekathlon?

Well, ‘From Feast To Beast’ is a killer track that hits the mark every time. It begins in quiet fashion, allowing the orchestration to take the lead, before slow, monstrous and crushing guitars resonate with malevolence. The tempo of the track fluctuates between all-out speed and frenetic intent, to a more considered mid-tempo stomp with considerable groove. And then, in the mid-section, a melodic solo comes out of nowhere to pierce the gloom with its warmth and splendour.

In stark contrast, ‘Tyrannical Blood’ is an acoustic-led composition that demonstrates the six-string skills of Ploeg and van Noordenburg, with some precise and beautiful playing that is far more Mediterranean in tone than anything else. The orchestration that supplements the acoustic guitars, encroaching electric guitar solo and then latterly, the Greek spoken work diatribe, is fantastic. It creates the perfect atmosphere and turns a good song into a brilliant one.

A personal favourite has to be ‘Beloved By Artemis’, because I was the song where I realised for the first time that I was hooked. The moment when it goes relatively calm and serene, and a couple of exquisite guitar notes emanate forth with melodic intent – that was the clincher. Surrounded by some serious controlled tumult, it stood out like a beacon of beauty and demonstrated Bleeding Gods’ ability to be subtle and intelligent song writers.

I also really enjoy the opener, ‘Bloodguilt’ with its mix of intensity, groove and symphonic chorus that has blossomed into something insanely addictive over time. And then there’s the ferocious ‘Seeds of Distrust’ with its strong death metal riffing and technicality.

But if truth be told, the weak links are hard to find, almost impossible in fact. Therefore, ‘Dodekathlon’ is best enjoyed in one hit, from start to finish. It might be an hour long, but believe me it is an hour well spent because Bleeding Gods have sent us a gift from the Gods. That is if your music of choice happens to be sophisticated and immaculately-presented cimematic and symphonic extreme metal.