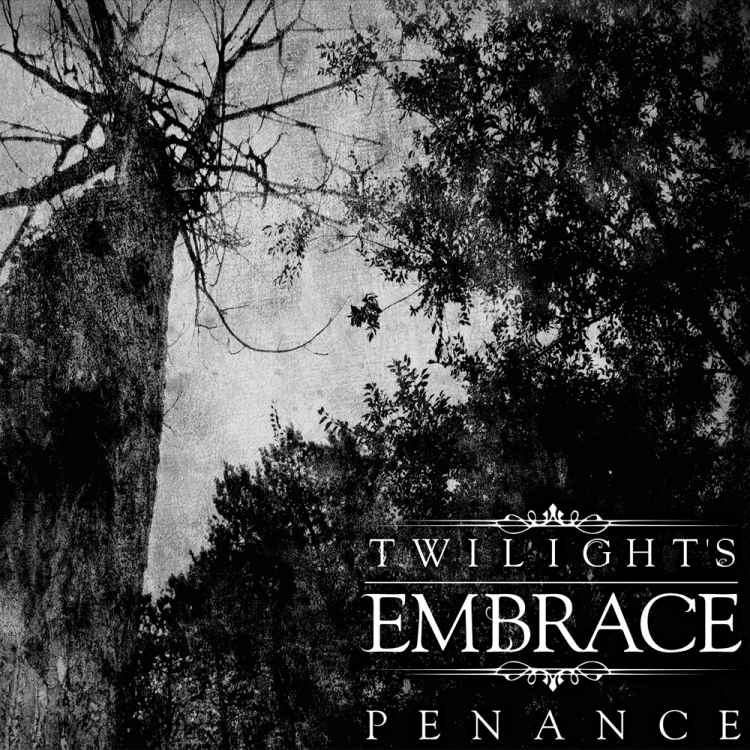 I have been aware of the UK’s Twilight’s Embrace for a number of years now. The Nottingham-based quintet first appeared firmly on my radar in 2011 when I caught their set at Bloodstock Open Air. I was impressed by their brand of melancholy melodic Gothic doom metal and from memory, I wasn’t the only one in the crowd that shared this opinion.

Three years later and I had the pleasure of reviewing their debut full-length release, ‘By Darkness Undone’ for Powerplay Magazine. Again, my overriding impression was very positive. I very much enjoyed the morose and gloomy, yet heavy and beautiful sonic tapestry that they created. But when the main musical influences in evidence are Katatonia, Paradise Lost, Swallow The Sun and Daylight Dies, is it any wonder that I liked what I heard? Whilst I am not the biggest pure doom fan, I have a huge soft spot when it is blended with a melodic edge, death metal extremity and a Gothic sheen.

Fast forward to 2018 and finally Twilight’s Embrace has returned, albeit with only an EP to present. Containing just four new tracks with a running length of fewer than 30 minutes, I must admit that initially I was a little disappointed. I wanted another full-length release, especially if it was to be of a similar standard to the preceding debut.

The truth is though, that despite its relative brevity, ‘Penance’ displays a band that has further grown and further matured. As such, the music is even stronger than anything that has gone before. I’m still a little disappointed that I don’t have more material to wrap my ears around but I’ll put that to one side, because of the quality of what we do have.

The influences on Twilight’s Embrace haven’t appreciably changed – the band are clearly still inspired by the bands mentioned above, not to mention the likes of early Opeth and Insomnium, as the music on ‘Penance’ serves to firmly underline. That said, I can hear a few additional, tasty nuances within these new tracks that prick my ears.

For a start, the vocals of Andy Walmsley strike me as being more varied. In addition to his deep gravelly tones that have featured from the beginning, there is a more pronounced use of a rich clean delivery. This delivery can be heard within opener ‘Dying Earth’ and provides a demonstrable Gothic vibe to the track. But additionally, I like the higher, raspier gruff approach that also features as it lends the composition a vague black metal edge, something that I lap up gleefully.

But do not fear, because those trademark solemn and melodic lead guitar lines are still present, driving the song forward, underpinned by some hefty, chugging riffs and a robust rhythm section to keep everything nicely in line. The mid-tempo groove that pops up as the composition develops is a welcome touch, as is the adept use of light and shade, leading me to refer back to the clean vocals.

‘Curtain Call’ continues the high quality of this EP, whilst taking the stomping groove hinted at previously to a whole new level. The lead guitar lines are haunting but the riffs are the stand-out feature here, forcing me to practically break my neck as I move in time with the crushing torrent of six-string power. Given the heaviness of the material, the brief quieter passages make a much more marked impact and inject a level of maturity to the song writing that can’t be overlooked.

Without doubt though, my favourite song on ‘Penance’ is the title track. Out of the gate, it reminds me of ‘Discouraged Ones’ era Katatonia with a slightly higher tempo and further melancholy lead guitar work that sings to my soul. Just as swiftly, the song shifts and there’s a greater Swallow The Sun vibe, led by the strong riffs. But the pièce de résistance is the melodic clean guitar and vocal combination which sets shivers coursing up and down my spine, accented by yet more strong riffing.

I love the sheer variety in this longer composition – all three vocal deliveries are used, along with a greater shift between tempos which helps to increase the overall dynamics of the song. The melodies are out of the top drawer, as are the procession of great riffs. If this kind of extreme metal can be described as such, there are elements within the track that are downright catchy too. This has to be the guys’ strongest single song of their career to date, such is the level of my affection towards it.

The EP then closes with a cover of Paradise Lost’s ‘It’s Too Late’ from their 1999 album, ‘Host’. I make no secret of the fact that this is the era in which I briefly fell out of love with Paradise Lost, so I wasn’t expecting to like it. However, Twilight’s Embrace have given it the full death/doom treatment and so, I can’t help but enjoy the final result. Naturally the Gothic-sounding clean vocals get an airing but it isn’t long before the heaviness is let loose, proving how good the original could have been with a bit more guts and oomph to it. In this incarnation, it’s a cracking piece of melodic, melancholic metal.

I just hope that a second full-length album isn’t too far off in the distance because on the evidence of ‘Penance’, Twilight’s Embrace unquestionably have the ability to make serious waves in the melodic death/doom scene. If the quality from this EP is translated into a similarly high quality album, there’s no reason why Twilight’s Embrace couldn’t find themselves supping at the top table with the genre’s elite.