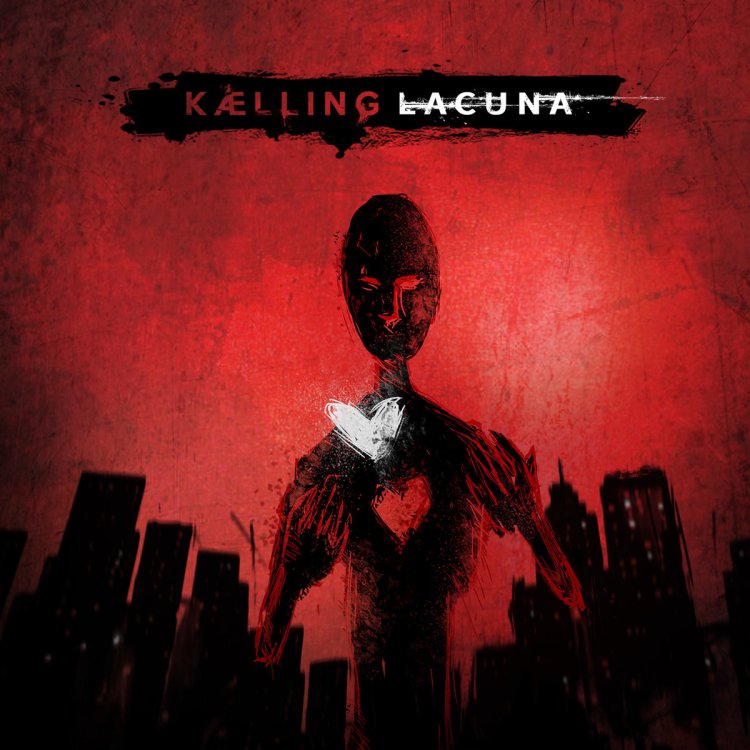 I get a lot of email requests for reviews these days. I listen to all of them, even if I am sometimes hopeless at getting back to people. A lot of them are not to my overarching taste, some of them are really quite awful and a small proportion of them are worth further exploration. This is one of those.

Kælling are actually a Portuguese duet from the town of Marinha Grande, comprised of João Rodrigues and André Oliveira, and ‘Lacuna’ is their debut album. The cover art, courtesy of Nuno Sarnadas (Dark Design) shares a striking similarity, at first glance anyway, with the magnificent ‘The Great Cold Distance’ by Katatonia, with its bold and moody black and red design. Maybe subconsciously, this passing visual resemblance ensured that I explored ‘Lacuna’ more that I otherwise would have done. But regardless, it shows that the band are prepared to present their debut in a nice way and I am very glad to have spent the time with ‘Lacuna’.

Reading their bio, it would appear that the two musicians came to their craft late, with metal music only starting to crop up on their radar in their mid-late teens. I mean, by this age, Decapitated had probably released about three albums and I’d gone from Dire Straits to Def Leppard, to Megadeth and beyond. There’s also an undercurrent of self-deprecating humour to their self-created bio, suggesting that the duo don’t take themselves overly seriously.

However, take the time to give ‘Lacuna’ a few meaningful spins and it becomes clear that despite the late start and the self-mocking, Kælling is a name that should definitely be taken seriously. The music on this impressive debut album is full of interesting ideas, sophistication, atmosphere and, when required, plenty of power.

According to João himself, the nine track album is a concept and can be notionally split into three chapters, each of three songs. He goes on to explain that each chapter has “a different sound. The first one is the softer, more melodic one. The second one is the heaviest, more “experimental”. And the third blends the first two chapters but adds a flavour of its own. It’s has a darker tone to it.”

He isn’t wrong either; you can really hear the subtle differences between the songs and the chapters and even though they follow a similar path sonically, they do have their own character.

In terms of the style of music that you’ll find on ‘Lacuna’, I would loosely refer to it as a blend of fairly dark and moody progressive rock and metal. To varying degrees, there are definitely similarities and nods to the likes of Leprous, Caligula’s Horse and Kingcrow. The latter reference comes from the subtlety and the ever-so-discrete Latin nuances. It is hard to describe but when I listen, I definitely hear it. The former influences are much more pronounced, although oddly elusive; it took until the fifth or sixth spin for me to place the more modern prog affectations that now leap out at me, taunting me at every turn. Vocally, I’m reminded of Haken’s Ross Jennings on occasion and Leprous’ Einar Solberg at others.

The way in which this record grows is arguably the most impressive thing about ‘Lacuna’ – that and the assured and mature songwriting which is not always the preserve of a debut recording. 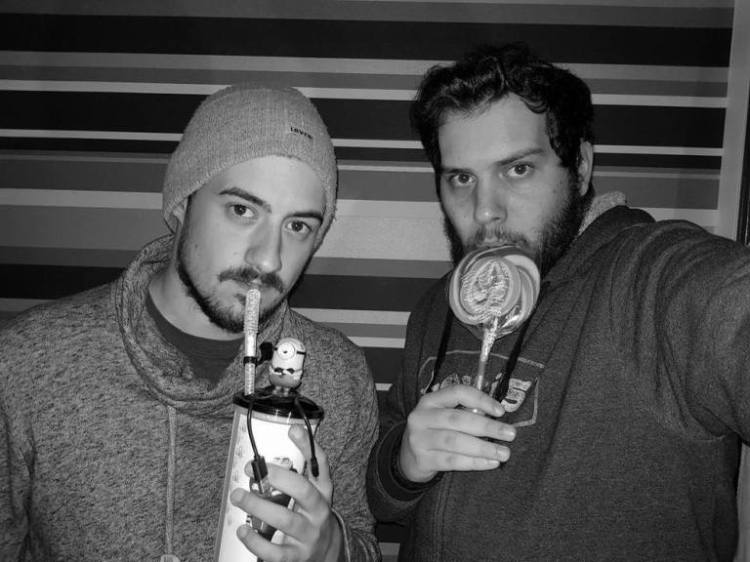 ‘Lacuna’ opens with ‘Duality’, which is ushered into existence tentatively via some Riverside-like cinematic synths and sounds that gradually build the tension, finally giving way to a moody guitar riff and interesting percussion. The bass acts as the song’s pulse, whilst the vocals are delivered like a gentle caress. The time signatures are clever, whilst the chorus sets the song alive with a melody that gets stronger with every spin, to the point where is becomes addictive. And then, just like that, it is over.

Happily, the follow-up, ‘Circle’, is even better. The pace is ever so slightly increased, but the subtlety remains. There is a wonderful richness to the recording, allowing you to hear each instrument with clarity, enhancing the track tremendously. The Caligula’s Horse-esque riffs are really excellent, as is the way in which the duo uses light and shade to their advantage, flitting back and forth smoothly and confidently. Again, I’m sucked in by the melodies, enhanced nicely by Rodrigues’ highly competent vocals, and the icing on the cake is the bold closing sequence which allows some expressive lead guitar work to come to the fore, as well as some well-placed powerful, pleading vocals to end the song in strong fashion.

The final track of the opening chapter is ‘Heritage’ and is brought to life by some gorgeous piano-playing and further excellent guitar work. There is a vague fusion feel to the song in places which I like to my surprise. But overall, it is the compelling performances, the smoothness of the material and the catchy melodies that make the biggest impact and keep me coming back for more. And the more I listen, the more I like it, especially the Pain of Salvation-meets-Kingcrow stop-start riffing and anguished vocals that appears towards the close to great effect.

If I am being completely honest, I do believe that Kælling are at their best within this opening trio of songs. That said, this is more down to personal taste than a reduction in quality. Indeed, there is plenty to enjoy in the remaining six tracks.

The Leprous influences are at their clearest within ‘Lacklustre’, especially in the chosen keyboard sounds, the vocal delivery and the overall tone. In contrast, ‘Cognition’ sees the duo at their most ‘progressive’, as the eight-minute track offers a little bit of everything, from quiet, moody and minimalist introspection, to cinematic grandiosity, to more in the way of insidious melody. It features some of their harshest, heaviest material too, with some background snarls and growls audible within the song’s underbelly on occasion. The riffs that enter the composition late on, as the song builds to a compelling crescendo are also superb.

The full-on ‘Last Of The Mohicans’-style film-score outro of ‘Living Ghosts’ is a surprising high point, while the lead guitar melody that introduces ‘The Bait and the Hook’ has a hint of Katatonia to it and is very catchy, almost cheeky. There’s also a killer sequence within ‘Reunion’ near the mid-way point that offers a pronounced juxtaposition to the higher-tempo material that surround it, stopping me in my tracks every time it kicks in.

And then, to finish off, there’s the small matter of the closing 16-minute epic ‘Departure’. It is a brave move, but one that Rodrigues and Oliveira pull off with aplomb. For the most part, it is a moody an atmospheric slow-burner but it contains enough in the way of twists and turns to justify its extended life, summing up rather eloquently everything that Kælling is all about in the process. In keeping with a certain trend on the album, it is the final passage of the song that delivers the fireworks. In this case, it is the sense of release and relief that accompanies some of the most arresting melodic beauty anywhere on the entire record, a fitting end to an admirable album.

Each time I listen, I have to remind myself that Kælling have only been in existence for a little over a year, with ‘Lacuna’ being their debut effort. In this context, it is fair to say that the results are truly staggering. With the right promotion and exposure, there is no reason why this debut record could not catapult these two Portuguese musicians into the progressive music spotlight. I can’t wait to hear what Kælling come up with next, as they find their feet, hone their sound and build on one of the most impressive debut efforts I have heard for a good year or two. I really, really like this.