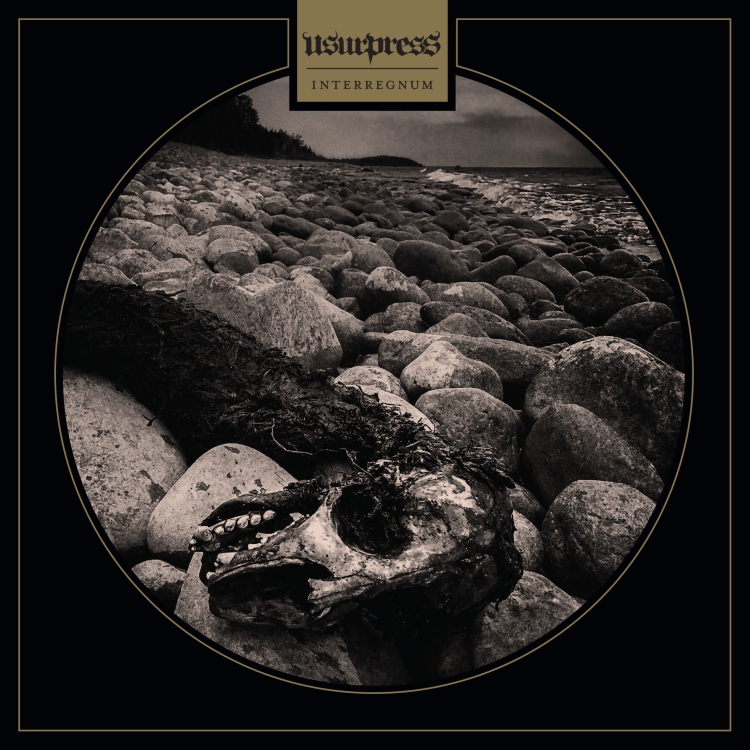 This may be the fourth album from Usurpress, but it happens to somehow be my first personal dalliance with the Uppsala-based extreme metal trio. Formed in 2010, I suspect it will be because they never crossed my desk whilst on the Powerplay Magazine team. But now that I am free to pick and choose the music I’d like to review, what better time to break my Usurpress virginity?

Straight off the bat, it has to be said that Usurpress are not an easy band to get to grips with. And they are certainly not an easy band to review as a result. The trio of vocalist Stefan Pettersson, guitarist Påhl Sundström and bassist Daniel Ekeroth alongside session musicians Stefan Hildman (drummer) and Erik Sundström (keyboards) refer to themselves as ‘primitive and progressive’. However, whilst this is an accurate brief summary, there is much more to the Usurpress sound than this.

Although death metal runs through their veins and acts as the cornerstone to their material, there are elements of doom, sludge and early prog to be heard, as well as even dark Gothic overtones at times. According to the band, they wanted to challenge established ideas and themselves as musicians, with the result being the intriguing and atypical ‘Interregnum’.

The biggest positive with ‘Interregnum’ is definitely the fact that it sounds so different. I don’t think I have heard anything quite like this in all my time listening to heavy metal. Of course there have been bands that have started off as extreme bands, only to slowly morph into something quite different. Opeth are the most immediate example but they have all but abandoned any trappings of death metal in favour of all-out prog rock. There’s Enslaved too, but again, their musical path doesn’t match that of Usurpress, who have taken the juxtaposition of different sounds and influences to what feels like a whole new level.

Indeed, if you were to listen to opening track, ‘A Place In the Pantheon’ in isolation, you’d have little or no inkling that Usurpress were even a death metal band. The music is dark, mournful and oppressive, with a thick atmosphere created by layers of gentle synths underneath minimal drumming, poignant lead guitar work and almost spoken-word vocals. The pace does increase in the latter stages, and there is a hint of heaviness to the gorgeous earth-shaking bass rumble but the synths meander in 70s prog fashion, the guitar noodles whimsically and I’m lulled into thinking that this is what I can expect as the album develops.

Wrong. The title track lasts for less than two minutes and is an all-out sludgy and dirty death metal workout where Pettersson’s voice plummets to the depths atop an unholy racket that ups the tempo and extremity nicely. 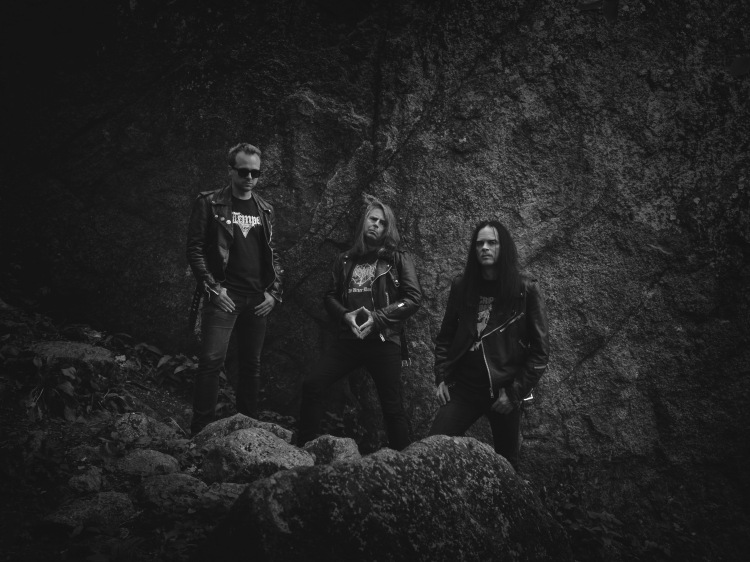 ‘In Books Without Pages’ succeeds in disorienting me once again, beginning with a stripped back My Dying Bride-esque slow doom plod with creepy clean vocals that features within the verses throughout. In between, the song explodes into pure death metal territory before taking the foot off the accelerator whilst retaining the heavier approach. Apparently, session keyboardist Erik Sundström comes from an ambient/trance background, and here he layers the track with plenty of dark atmosphere, giving the doom/death workout a sophisticated edge.

One of my favourite tracks on the record is ‘Late In The 11th Hour’, which kicks off in full-on brisk and heavy death metal mode, injecting a modicum of groove in the process. The song then develops more of a psychedelic feel in the mid-section extended instrumental before returning to the more extreme climes, finally closing with a gentle, almost ambient passage that gives way to one final death/doom stomp.

My other firm favourite is ‘Ships of Black Glass’. The opening is a sludgy, churning affair that veers off into heavy prog/death directions. At times, you can almost hear the strings and drum skins flapping in the breeze. And then, out of nowhere, the vocals shift from growling malevolence with the occasional rich Goth sojourn to clean, albeit heavily effect-laden. Coupled with some pronounced synths and more solemn lead guitar work, the track explores unadulterated dream-like progressive soundscapes with a jazzy vibe, assisted ably by drummer Stefan Hildman thanks to his jazz-fusion background. But it is the stark contrast between this and the unforgiving death metal extremity that gives the composition its powerful impact and raises my eyebrows in appreciation.

For all this experimentation and originality, I have to ultimately ask myself ‘do I like this record?’ And the answer is shrouded in grey if I’m honest. I admire what the Swedes are trying to do and I like the fact that they are pushing convention, asking questions of a genre that has threatened to become quite restrictive over the years. But I don’t press play thinking ‘yes, I’m going to listen to Usurpress now, I can’t wait.’ There are parts that I really enjoy, but generally I listen and I nod along appreciatively. There will be plenty of love for ‘Interregnum’, of that I have no doubt. And it would be fully deserved. But personally, I don’t quite fall entirely under their unique spell.