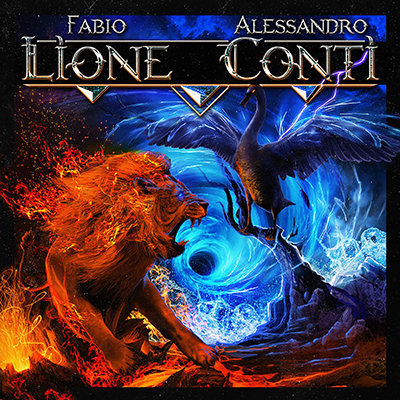 At the outset of this review, I feel that I must comment on a few matters to put everything that follows into context.

The first statement to make is that I am a huge fan of Rhapsody, or Rhapsody of Fire as they became known following a trade mark dispute in 2011. When I discovered the Italians back when I was at University, they made a huge impression on me. The album that kicked it off was ‘Dawn Of Victory’ and I have never looked back. In fact, I would rate ‘Power of the Dragonflame’ as one of the best power metal albums I own from the self-coined ‘epic Hollywood metal’ band. Aside from the song writing prowess of Luca Turilli, and the ridiculously overblown cinematic nature of the music, it was the voice of Fabio Lione that drew me in and gave me goosebumps. ‘Lamento Eroico’ epitomises the guy’s talents as far as I’m concerned and still moves me.

Even when the band changed names and splintered, I remained a fan of all parties. Whether it was Luca Turilli in solo form, Luca Turilli’s Rhapsody with Alessandro Conti (Trick or Treat) on vocals, or Rhapsody of Fire featuring the last surviving founding member Alex Staropoli, I have always enjoyed the output.

I am also a fan of melodic power metal in general; it happens to be one of my weaknesses when done right – the soaring hook-laden choruses, the impossible pomp, and the driving pace and rhythms all strike a chord with me.

Finally, this review cannot be complete without a mention of Frontiers’ ‘other’ dual vocal venture featuring Jorn Lande and Symphony X’s Russell Allen. The label has form in this area and I was a huge fan of the Allen/Lande debut album, ‘The Battle’ as it was chock full of great songs, penned by Magnus Karlsson (Primal Fear, Last Tribe, Starbreaker), to back up the stellar vocals of two of heavy music’s undisputed royalty.

With this album, featuring two more singers from the very top table, the music has been written by none other than DGM’s Simone Mularoni and, in general, follows more of a European power metal path. I think you’ll agree that, on paper, this project is sounding rather good, especially for those with a love of melodic heavy music, like me.

With all of this in mind then, it comes as something of a shock to report that this self-titled debut from Lione/Conti does not do it for me at all. Aside from the opening couple of tracks, nothing really sticks in my mind once it has passed. I was so surprised by this initial feeling that I listened again. And then again with headphones. And then whilst out riding my bike. Nope, nothing. It might seem harsh to say that I was bored whilst listening to the album, but in the eternal pursuit of truth and honesty, that’s what I must report.

With albums like this, the vocals have to be the focal point, otherwise what’s the point right? And on that score, both Lione and Conti do what they do best: they sing their hearts out and steal the limelight. But it isn’t enough for me and indeed, a few times, I’m left disappointed that they weren’t singing in their day-job bands. 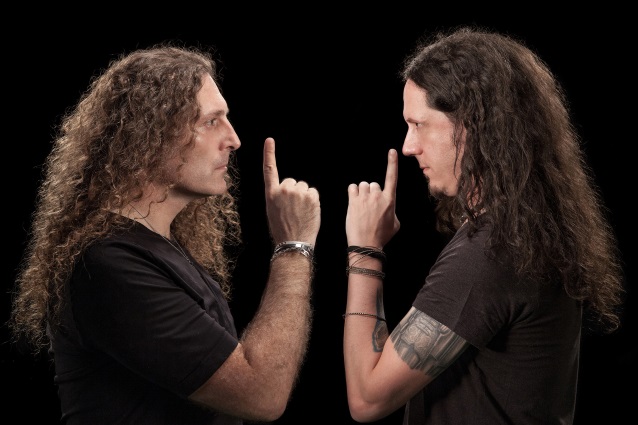 For me, the problem is that however good a songwriter and guitarist Mularoni clearly is, I get the distinct impression that the music has been written almost as an afterthought. ‘With Lione and Conti singing, we can’t go wrong can we?’ At least, that’s the conversation that I imagine in my mind when this album was conceived and in its infancy. At least where Allen/Lande were concerned, particularly with their debut, Karlsson’s compositions felt more vibrant and memorable. I haven’t listened to ‘The Battle’ for the better part of a year perhaps but I can still hum several of the songs even now.

‘Lione/Conti’ begins decently enough with ‘Ascension’, which has a nice vibrancy about it, the vocals soar and the chorus is arguably the most memorable on the record. Follow-on number ‘Outcome’ kicks off with a cool, urgent intro, followed by a cheeky hard rock riff. But after that, the pickings are slim and everything falls a little flat for me. The songs make a big noise, full of symphonic intent, but don’t really have anything important to say.

One of the biggest problems for me with this album is a lack of killer hooks and choruses. They are melodic, yes. They are big and bold, yes. But they just aren’t memorable enough for my liking. And that’s borne out in the fact that I forget much of the material once it stops playing.

Another problem as far as I am concerned, is the repetitive nature of the material. I’m not going to go as far as saying it is ‘paint by numbers’, but I stand by the fact that each song follows a very similar formula of verse, chorus, verse, chorus, solo, chorus, end. Or something of that nature anyway. There’s nothing wrong with that either, but in order for it to work and maintain my attention, the material has to be strong.

At this point, I can almost hear the screams of dissent from certain quarters and my neck is prickling at the thought of the daggers hovering at my back. I even know a couple of the people that will be shouting loudest at me. But I have to be honest. Otherwise my credibility (such as it is) will be compromised and no-one will trust my views going forward.

I never like writing reviews where I don’t pen at least a dozen superlatives. But unfortunately, as good as Lione and Conti are behind the microphone, and as competent as the songs are, I listen to Lione/Conte and simply wish I was listening to any of the incarnations of Rhapsody instead. I shall now go and buy a stab vest to ensure I’m alive long enough to write my next review.