Welcome to the latest instalment of my ‘metal news’ series, where I bring you the latest happenings in the world of metal in my own newsletter style.

Normally, I try to bring you a top five or so items but today it’s a bit less than that because I felt that the news was too exciting and important to save for another day. The bands/albums that feature today are all integral bands in my collection and so I’m delighted to be able to bring you this news.

If you’ve missed any of my other updates in this series during 2018 so far, they can be accessed via the following links.

But enough of that, here are three killer updates for you… 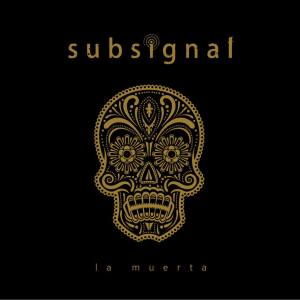 We knew it was coming and we were pretty sure we knew the title of it too. However, everything has been confirmed and we can now look forward with certainty to the new Subsignal album. Entitled ‘La Muerta’, it is scheduled for release on 25th May 2018 via Gentle Art of Music/Soulfood. The distinctive artwork, which differs somewhat from previous designs can be seen above.

With a songwriter/guitarist like Markus Steffen and vocalist of the calibre of Arno Menses, there is very little that can go wrong, as demonstrated by the previous five Subsignal albums and seven or so Sieges Even records before that.

So although we may have heard very little in terms of music as yet from this album, I have no hesitation in suggesting at this early stage that we are likely to be looking at one of the best progressive rock/metal albums of 2018. Never ones to release anything short of excellent, I am supremely confident that this will follow suit and provide us with some beautifully crafted melodic progressive music.

Oh my God, oh my God! I have been waiting for this news for ten years! A decade on from their spectacular ‘Mirror of Creation 2 – Genesis II’ album, the German progressive metal band have finally announced the long-awaited follow-up. I cannot tell you how excited I am about this news, because I still really love ‘Mirror of Creation II’ and, if I’m honest, I had all-but given up hope of ever seeing Part III. I was convinced that the band had ceased to be and had made my peace with it. But I was so very wrong, and I’m delighted that I am.

For those unfamiliar with Tomorrow’s Eve, the first thing to do is track down a copy of ‘Mirror of Creation II’ and give it a good spin. This should be done as soon as possible and by yesterday if possible. If you’re a fan of keyboard-heavy, crunchy progressive metal that doesn’t shy away from a good concept story, then there’s every possibility that you’ll lap up the music created by this quintet.

Add into the mix some big names in metal circles and tyhings get even more exciting. Joining original founding members Rainer Grund (guitar) keyboardist Oliver Schwickert are long time vocalist Martin LeMar (Mekong Delta, Lalu), bassist Mike LePond (Symphony X) and drummer John Macaluso (Yngwie Malmsteen, Labyrinth). As I said, get on this and get on it quickly! 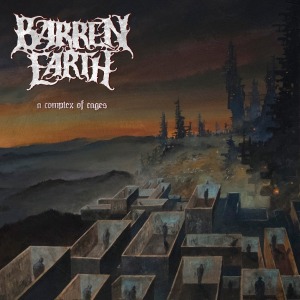 I can’t believe that this nearly escaped my notice. Barren Earth are a band that have been on my radar since their debut album, ‘Curse of the Red River’ was released in 2010. I made it my mission to check this band out principally because I was a huge fan of the vocals of Swallow The Sun’s Mikko Kotamäki. However, as I listened, I quickly fell under the spell of the music for the music’s sake. The reason being, it struck a chord with me and so it no longer matters that Kotamäki has since left – his replacement, Jón Aldará is a more than worthy successor.

I enjoy music that is a little different and that’s what Barren Earth have tried to do during their career – give metal fans something a little different. As such, Barren Earth have sought to combine elements of traditional death metal with different influences. As such, you’ll hear folk-like melodies, doom metal, Gothic hints and overt 70s progressive-sounding embellishments, thanks to the choice of keyboard sounds and effects.

So far, two songs have been released from the forthcoming album, ‘A Complex of Cages’. As you can hear, both are very different and hint strongly at a further pushing of convention and traditional boundaries. I have very high hopes for this record to say the least.

See, I told you that this update was a good one – enjoy!