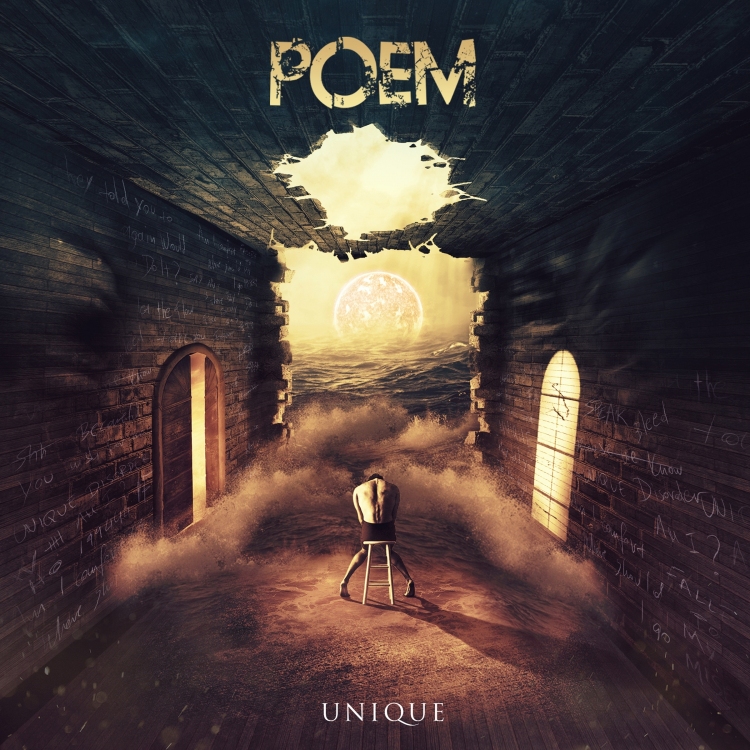 I’ll be honest at the outset and declare that I know very little about Poem, having not checked them out before. Thankfully, the accompanying press release helps to fill in some blanks. As a result, I’m able to tell you that Poem are a four-piece band from Athens, Greece and that ‘Unique’ is their third full-length release since their inception in 2006.

Stylistically, the seven songs and near 45-minutes of material that forms ‘Unique’ can best be described as heavy metal with alternative, progressive and melodic sensibilities. As such, it will likely find an audience with fans of progressive metal as well as fans of more ‘straight-up’ heavy metal with attitude too. For some reason, I distinctly get a 90s rock vibe within the music too; it has that feel to it. I hear vague Caligula’s Horse undertones as well as an occasional nod to Tool in terms of the sound of the riffs.

If I’m honest, the music doesn’t quite hit the heights of the aforementioned bands and I’d personally like the album to push the prog element of their sound just a little more – be more adventurous and daring at times. Nevertheless, every time I listen to ‘Unique’, I enjoy the experience.

The stand-out track as far as I’m concerned has to be ‘Four Cornered God’, a track that can be used to explain everything that’s good about Poem.

The track begins with a chunky riff delivered in an interesting time signature that has my head bobbing nicely. However, before long, the chugging riff gives way to something softer and more melodic, almost soothing in tone. The drums and bass keep things interesting before the voice of Giorgos Prokopiou enters, smooth and delicate in delivery. The song builds with more great drumming from Stavros Rigos, before returning to softer climes, accented by some gorgeous lead guitar work from Laurence Bergström. Suddenly, Prokopiou explodes, his voice full of power and emotion, not dissimilar to the likes of Caligula’s Horse before the composition descends into an extended instrumental sequence, with sampled voices layered into the mix. A return to the big, bold melodies and passionate vocals follows before the song draws to a close with a riff and guitar tones slightly reminiscent of recent Voyager material. 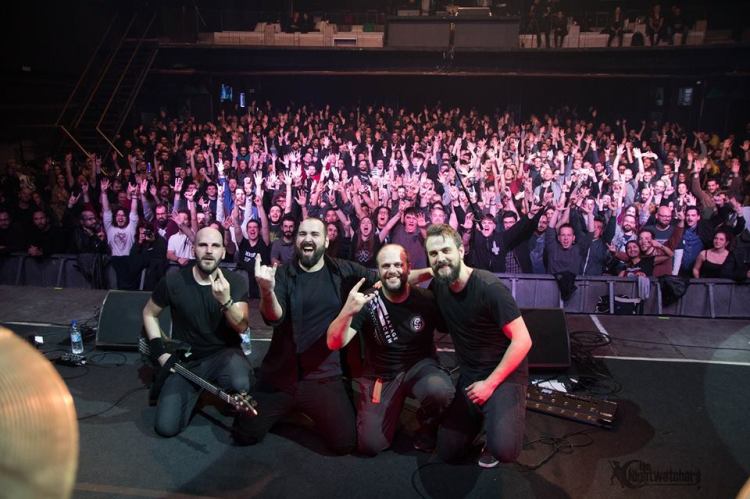 I’d love seven or eight songs in a similar vein to ‘Four Cornered God’. However, to their credit, that’s not Poem’s style. Nevertheless, elsewhere, there are some very positive things to hear if you’re prepared to give this record a chance. ‘False Morality’ comes out of the blocks in confrontational, no-nonsense fashion thanks to a big, commanding riff whilst the 90s loom large in the sprawling, addictive chorus. ‘My Own Disorder’ features some of those classic gang-like vocals, offering something of a hardcore vibe in the chorus. I didn’t think I liked it on a first spin, but ultimately the honesty of the track has won me over.

The churning, roiling ‘Discipline’ is another great track that blends some interesting, challenging time signatures with a more accessible amount of melody, as well as a few robust screams from Prokopiou for good measure. The way in which it opens up in the final stages is very satisfying too, further demonstrating Prokopiou’s impressive pipes in the process.

‘Euthanasia’ begins in stop-start fashion, drawing vague parallels with early Pain Of Salvation, but soon veers off in a very different direction, almost mainstream in its overall presentation despite the prog detailing. By contrast, the title track is a darker, more brooding Tool-like affair that benefits from some lovely vocals and subtle lead guitar embellishments.

I had my reservations at first and whilst a few of them linger, my overriding impression of ‘Unique’ is that it benefits overall from a lot more positives than negatives. As I said earlier, I’d have liked the spirit of experimentation to go even further, because I’m firmly of the opinion that if they’d thrown caution to the wind, ‘Unique’ could have fully and truly lived up to its name. As it is, ‘Unique’ is a genuinely enjoyable experience, one that gets better the longer its allowed to burrow into your affections and one I have no qualms in recommending.

The Score Of Much Metal: 8