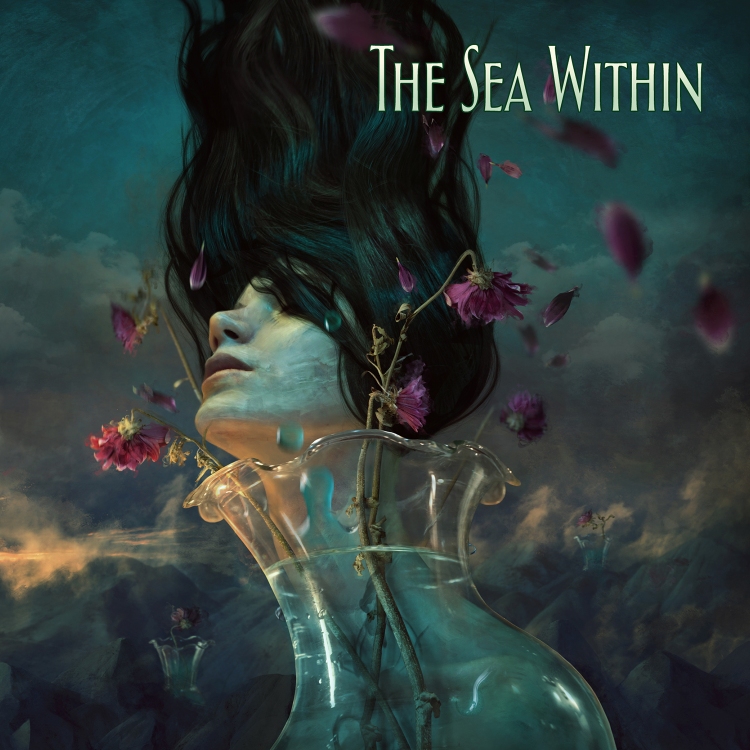 Artist: The Sea Within

Album Title: The Sea Within

Is there a more prolific genre of music in terms of cross-pollination and the creation of musical collaborations away from musicians’ main creative outlets than that of progressive rock? It is almost as inexorable as the tide, of night into day and the turning of the seasons that we are presented with yet another album that is the work of a new blend of talent and creativity. I for one am not complaining and hope that the trend continues for the foreseeable future, especially if the outcome is as good as the one that I am faced with here.

This project, or band, depending on how you view it, goes by the moniker of The Sea Within and even by the lofty standards of progressive rock, this is a mouth-watering prospect of huge potential. On paper, the assembled artists are a veritable who’s who of some of the best that the genre has to offer in the modern age. When the list of bands with which the individuals have been involved includes the likes of The Flower Kings, Steven Wilson, Karmakanic, Joe Satriani, Yes, Transatlantic and The Aristocrats, you can’t help but sit up and take notice.

The Sea Within was conceived around 2016 by Roine Stolt, who professed to the boss of InsideOut, Thomas Waber, a desire to put together a new band, something fresh and exciting. In no time at all, bassist Jonas Reingold was recruited, followed by keyboardist Tom Brislin (Yes, Camel), drummer Marco Minneman (The Aristocrats, Steven Wilson) and vocalist Daniel Gildenlöw of Pain Of salvation fame. Add to the mix a further vocalist and live guitarist Casey McPherson (Flying Colors) and you can begin to understand the excitement around The Sea Within.

The best thing about this album however, is that it really does live up to the hype, the expectation and the excitement that surrounded it from the moment that the announcements were first made. Up until now, I had fully expected their label mates Spock’s Beard to run away with the accolades of ‘best progressive rock’ album of the first half of 2018 at least. However, ‘The Sea Within’ has done its best to make me rethink this assumption. And, along the way, it has provided a huge amount of enjoyment in the process.

I think that, having spent plenty of time with this record, its magic lies in the way in which the music sounds varied and technical, whilst delivering a warmth and sense of melody that is impossible to ignore. It encompasses the old and the new almost effortlessly too, which is no mean feat.

Some of the compositions may stray into strange and unexpected realms but they are always underpinned by something memorable and, in many cases, catchy. And the more I listen, the more I hear and the more I connect with the music. As the press release states, this album benefits from a myriad of different influences, from all-out jazz noodling, to pop, to harder, more aggressive rock/metal via the more classic progressive rock sounds and textures.

By the same token, I cannot shake the feeling that there is a darker, slightly more sombre feel to much of the material too. Sometimes, progressive rock can suffer from being too jolly and a little too twee, all sweetness and light. That isn’t the case with The Sea Within, certainly within the first few songs in particular. 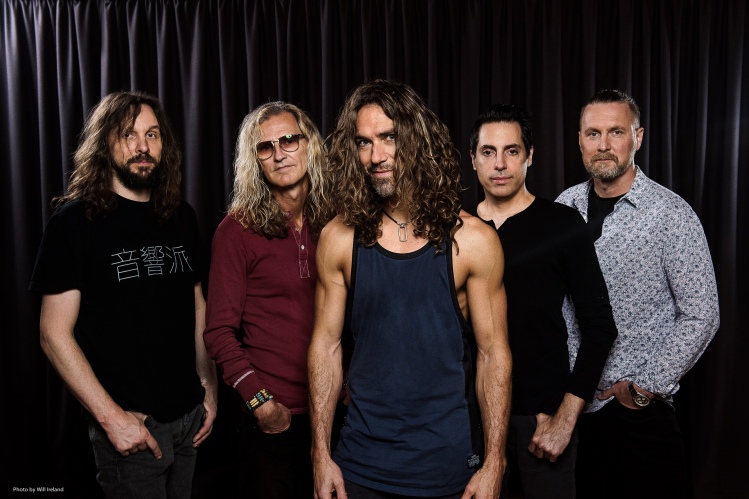 There are no better songs to illustrate my point than the opening duo of ‘Ashes Of Dawn’ and ‘They Know My Name’. The former starts the album off with a strong, uncompromising core dominated by authoritative drumming and an angry, forceful riff that raised an eyebrow when I first heard it. Daniel Gildenlöw is at his melodic best, albeit with a subtle, sinister edge. The flow between light and shade is smooth and intelligent but I like the way that the extra power is never far away. If truth be told, I’ve yet to warm to the full-on jazz unruliness towards the end of the track that boasts a guest appearance from Rob Townsend (Steve Hackett). However, I know that’s just me and my own personal prejudices and even so, the drumming that sits underneath is rather delicious. Otherwise, the track does not put a foot wrong and it’s a big statement of intent to kick things off.

The latter of the opening duo is introduced via a sombre piano melody quickly overlaid by Gildenlöw’s plaintive approach. It has a subdued, almost sad vibe that eventually gives way to an interesting chorus melody that sounds more upbeat whilst simultaneously maintaining the downcast, melancholy sheen. The emotional textures throughout this song are marvellous, culminating in a stirring lead guitar solo alongside flamboyant rhythmic work and sumptuous synths to close this gorgeous composition. This is definitely a personal favourite.

To continue the theme, ‘The Void’ is another slow-burner, full of depth and emotion as it gently leads you through its myriad delights from a bold synth solo paying homage to a prog rock past, to yet more exuberant lead guitar work, to passages of minimalist introspection brought to life by a magnetic performance from Gildenlöw.

By contrast, ‘An Eye For An Eye For An Eye’ is a bright and breezy up-tempo number for the most part that is infectious. However, there’s still room for things to turn introspective and moody. The soulful guitar solo that slowly segues into full-on piano-led smooth jazz territory demonstrates perfectly the adeptness of the song writing as well as the collective ambition, not to mention the talent of the band.

The funky, groovy ‘Goodbye’ is the first of two tracks led by the voice of Casey McPherson, and he undeniably brings a new dimension to what has gone before, emphasised via one of the more straightforward and immediate choruses on this record.

At over 14 minutes, ‘Broken Cord’ is the most expansive composition on the record. It is also one of the more ear-catching tracks insofar as it dives headlong into brazen pop territory at times, before then veering off into more intense minimalist soundscapes. Given its length, you’ll perhaps be unsurprised to learn that there is plenty of room for some extended instrumental passages, but these maintain the listeners interest with some great performances, including some forceful double-pedal drumming from Minneman, that appeals to my more extreme tastes. I absolutely adore the last few minutes in particular however, that flits between quiet, understated material and something altogether more anthemic and rousing.

Rounding out this debut is ‘The Hiding Of Truth’, the second McPherson song which again makes the full use of his mellifluous voice. The piano tinkles and ripples, the acoustic guitar is rich and inviting and the bass of Reingold is as flamboyant as ever, joyously refusing to hide in the shadows. And the melodies? Well, they are as compelling as ever and it’s a wonderful conclusion to an equally wonderful record.

If you go for the limited edition of this album, you’re also treated to a bonus disc of a further half-hour of music that easily maintains the quality of the main disc. Within the four tracks is ‘Where Are You Going’ that will steal most of the headlines as it features the iconic voice of Yes’ Jon Anderson, albeit in a supporting role.

I just hope that ‘The Sea Within’ is not a one-off, an experiment that is never again to be repeated. The results are too good for The Sea Within to be a one album wonder; the genre of progressive rock needs more of this kind of quality and it’d be a travesty were this not to be followed-up in the fullness of time. For now though, I am content to just lie back, relax and listen to ‘The Sea Within’, enjoying the fact that we have it in our lives at all. The race for the best progressive rock album of 2018 just got very interesting indeed.