I know I have been a bit behind with my album reviews of late, but on this occasion, I am very late to the party. The album in question is ‘Evaporate’, the fourth release from Scottish duo Midas Fall. I must admit that it took me a while to even take a listen to this promo because I already had a backlog and the description of ‘Evaporate’ sounded just a little outside of my normal comfort zone. I don’t mind a touch of post-rock here and there, but when coupled with the words ‘Gothic’ and ‘electronica’ within the description, I was a little reluctant to give it a go.

Eventually, I succumbed to a pang of curiosity and gave it a spin. And yes, you guessed it, I have ultimately regretted the delay caused by my reluctance. This record, the first that I have ever heard from the duo of Elizabeth Heaton and Rowan Burn, is both distinctive and impressive. But more importantly, it is utterly gorgeous, highly emotive and moving.

Interestingly however, this realisation wasn’t one to which I inexorably moved towards with repeated listens. Instead the reality was more along the lines of ‘I’m not sure if I like this’…’I’m not sure I like this’…’damn it, I love this record’. And I can recall exactly when and where this epiphany struck. It was midway through ‘Sword To Shield’, the fifth song on ‘Evaporate’. I was working at home one evening and I suddenly, subconsciously found myself welling up. The delicate, emotional melodies just hit a nerve and I was no longer listening in some passive, half-hearted manner. At the 1:45 mark, in marches a lone violin and when it is joined by a simple drum beat, a gentle acoustic guitar and then it builds thanks to some bold electronic soundscapes, I’m in awe. As quickly as it builds, everything falls away and we’re once again left with the breathy, angelic voice of Elizabeth Heaton alongside the tinkling of sad ivories before one final rousing hurrah sees the song to its end. I can’t help but be reminded of Anathema, since it is Anathema that normally emotionally moves me to this kind of level. Words sometimes can’t adequately describe music and this is one of those moments.

At this point, I stopped everything and restarted the album from the beginning. I increased the volume on my headphones and laid back on the sofa to really listen.

What I discovered at that point and what I still believe, is that ‘Evaporate’ is an album full of contrasts, subtlety, emotion, atmosphere, depth and beauty. At times, the music is quite strong, powerful and intense whilst at others, it is delicate and poignant in its minimalism, an exercise in using the silence and space in between notes to say as much as the notes themselves. As such, it is quite a tricky record to pin down and describe accurately. But running through the ten tracks is a vein of high quality that should be kept in mind at all times. 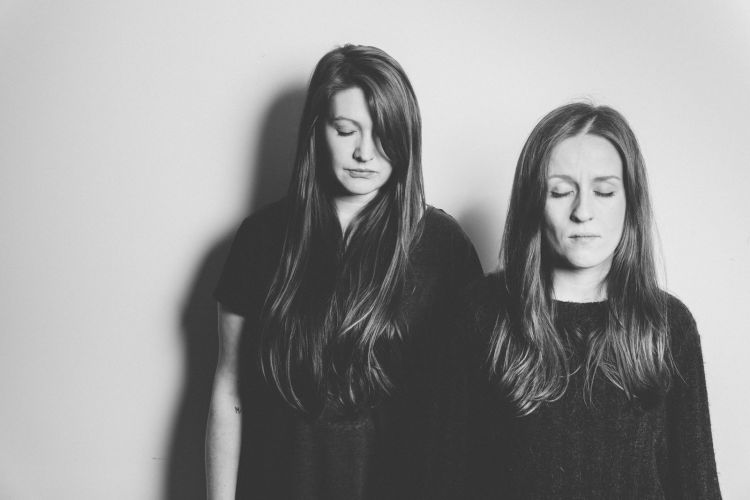 The opening couple of tracks offer a similarity of approach. Both are bold, striking and powerful post-rock songs, which play around with a variety of tones, textures and atmospheres with an alarming ease, or so it seems. ‘Bruise Pusher’ begins in ethereal fashion, with Heaton’s breathy delivery a thing of beauty early on. However, the quiet introspection is soon replaced as the urgency increases via a stop-start percussive line, distorted guitars and bold electronic sounds that are both jarring and beautiful at the same time.

Title track ‘Evaporate’ replaces the relative tumult, albeit only for a while, as the warmth of strings gently assault the ears initially. As the electronica elements enter the fray, there’s suddenly a more sinister feel to proceedings, as if we’re being led through a much darker environment. The rumbling bass is a marvellous addition, a resonant counterpoint to the lighter piano notes that float above. Within a heartbeat, the song falls away into minimalist ambient territory, only to rebuild with slow, measured purpose whilst retaining a fantastic sense of melody at its heart.

Next up is ‘Soveraine’, another glorious post-rock composition that features lush strings, delicate melodies, and another electric performance from Heaton behind the microphone. Again, this song is an exercise in building tension and intensity as it uses its near six-minute length to tease and beguile, only to fulfil its promise towards the death as it truly gets under my skin. ‘You’re better than this, you’re better than them’ is a strong lyric that stays with me long after the song finishes too, proving that Midas Fall have something to say lyrically as well as musically.

I’m a huge fan of ‘Glue’ too, but then I could say this for nearly all the songs on this album. It features a strong melodic core and a much more pronounced use of heavier, distorted guitars. The strings give it a majestic sheen, but it’s the combination of charismatic guitars, heavier overall soundscape and a highly passionate delivery from Heaton that steals the show here as far as I’m concerned. It is here and that the more Gothic overtones come furthest to the fore.

By contrast, ‘In Sunny Landscapes’ is a more plaintive, gentle number that offers some of the most immediate melodies on the record, almost verging into pop realms at times. When I hear the word ‘pop’, my brain usually thinks ‘vacuous’, ‘plastic’ and ‘soulless’. Not here, not by a long way.

Not only do albums like this provide me with emotional succour and musical enjoyment, they also help me on my journey of musical enlightenment. I am and will always be ‘The Man of Much Metal’, but bands like Midas Fall prove to me that there is beauty and worth in music outside of the heavier ends of the musical spectrum. That said, given the music on ‘Evaporate’, it would be difficult to argue that this is not a heavy and demanding album in many other, more slightly oblique ways. Beautiful, intelligent and emotional, Midas Fall are the latest revelation for me and I cannot stress just how rewarding this new album truly is.