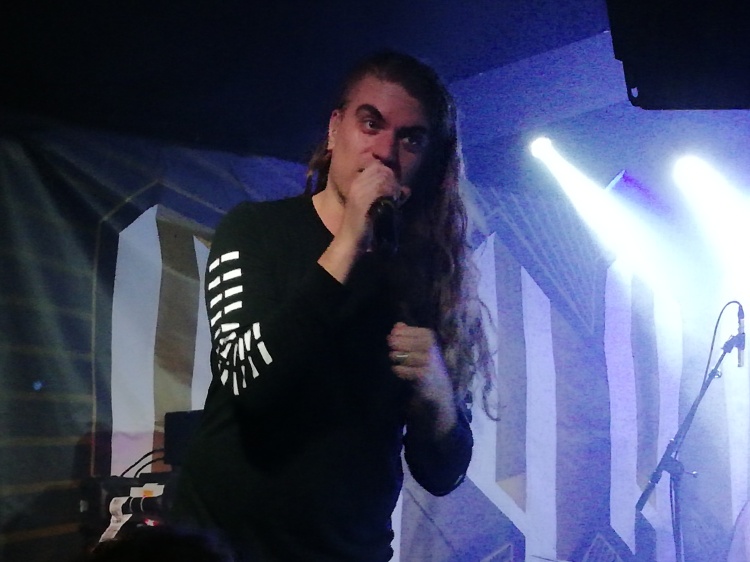 If ever I was going to test my ‘Man of Much Metal’ credentials, it was tonight. With England playing a rare knock-out game in the World Cup on the same night, it could have been easy to ditch the gig and find a pub to watch the game. However, I never entertained the idea because I was, frankly, desperate to see this show.

The reason for my desperation is simple. I love Voyager. The Western Australia-based quintet have been a big part of my life for a number of years, resulting in some well-earned positive reviews both for Powerplay Magazine and, more latterly, on manofmuchmetal.com.

But I digress. You see, despite my love for Voyager and the fact that they have played in the UK a few times, I had always conspired to miss them. Either I was skint, I had a poorly child, or some other catastrophe befell me at the eleventh hour. This time, I was not going to miss out, even if it did mean missing a Tottenham-heavy England team in Russia.

I joked with the band over social media beforehand, telling them that I had better not regret my decision. But blimey, I wasn’t expecting them to produce the fireworks that I finally witnessed.

But first, a word about the support acts. On stage first were Temples On Mars. Dogged by a strange mix at the outset, the UK-based quartet still managed to impress me. ‘This is heavier than I recall’ I said to myself as walls of guitars eventually came to the fore with power and increased clarity. I definitely preferred what I heard in the live arena as the increased muscularity really helped to support some subtle melodic sensibilities and a surprising sense of the epic. I hope it’s not too long before I get another taster of their live show. In the meantime, I have been convinced to return to their debut self-titled album to have another listen.

I’ll admit that I wasn’t as knowledgeable about Sümer as perhaps I should have been prior to tonight’s show. The London-based post-metal/progressive quintet have received rave reviews in certain quarters and I must admit that by the end of their intense set, I was somewhat converted too. The steadily-increasing crowd swayed and headbanged in unison as the grooves and the walls of guitar-driven sound were delivered with an incredible tightness and technicality. Despite the three guitars and dual vocalists, the star of the show for me was drummer Taria Dawson, who was savage behind the kit. In the same way as with Temples on Mars before them, I feel compelled to make my acquaintance with Sümer’s recorded output as soon as possible. 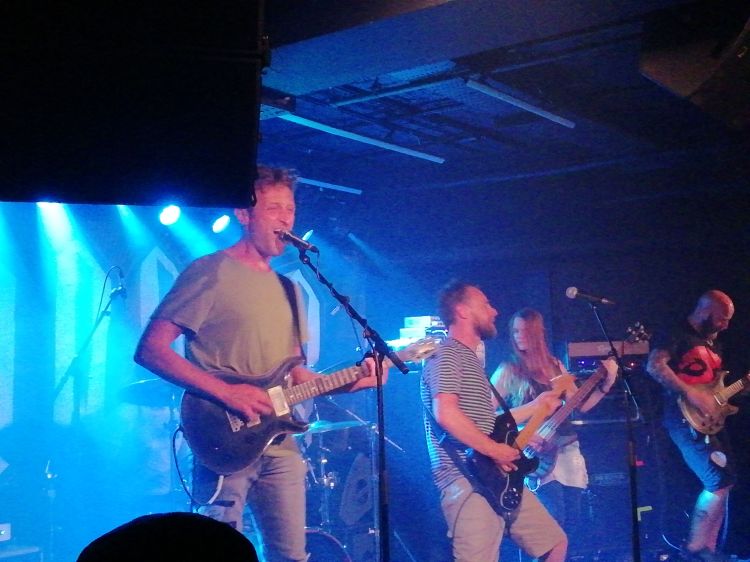 As much as I enjoyed the support acts, tonight was all about Voyager for me. And, from the moment that they strode onto the meagre stage at The Borderline, the place prickled with an atmosphere that I have not experienced much in recent years. And then they started playing. Holy heck!

I could go into detail at this point about the songs that Voyager decided to play. I could tell you that the set-list was a really nice blend of old and new, albeit with an unsurprising bias towards the last three records. I could therefore tell you that they played the likes of ‘Hyperventilating’ alongside ‘To The Riverside’ which then seamlessly segued into ‘Ghost Mile’. Or that, amongst others, ‘The Meaning of I’, ‘Ascension’, and ‘A Beautiful Mistake’ were all aired over a near 90-minute show.

However, if you’re a fan of the band, you know what these songs sound like. So instead, I want to focus on something that I found to be far more important about this performance: the band’s stage presence, energy and their presentation of their already excellent material.

From the beginning, the sheer exuberance of the five musicians was completely infectious. I have literally never seen so many smiles radiating off the stage before at a metal gig. These guys love what they do and it shows. Guitarist Simone Dow may be diminutive in stature, but she stood ten feet tall, a blur of intense headbanging, grins and cartoonish face-pulling, all aimed at engaging the audience and entertaining us all. Likewise, the imposing lead singer, Danny Estrin was all energy, moving around the stage to ensure that he gave each section of the crowd his attention. Bassist Alex Canion did the same and was arguably the most smiley lot of the bunch, with guitarist Scott Kay not far behind. Even the hirsute sticksman Ashley Doodkorte was a bundle of fun as much as possible behind his kit.

The on-stage banter between each member had a genuine feel to it; clearly Voyager are the best of friends and it came across. Stealing microphones, deliberately bumping into each other, back-to-back guitar shredding; it was all present and correct and then some. At times, I wasn’t sure where to look as things were happening all over the tiny stage.

And that’s before Danny Estrin’s famous crimson-red keytar made an appearance. ‘Oh yes, it is happening’ he muttered before launching into an electro dance-metal mash-up that got the crowd bouncing and losing their heads. In fact, the response of the audience throughout was rapturous and wholehearted, much to the visible delight, almost disbelief of the band.

The banter with the crowd was also worthy of entry alone. Chats about the long-haul flights, the ‘bland meal’ option, the weather and the World Cup were properly amusing, with even good-natured heckles being responded to with wit and warmth. ‘That seems like a reasonable request from a reasonable person’ was Danny’s reply when confronted with ‘Play ‘Ascension’, you c***s’. I laughed, the whole crowd laughed, as Voyager held us in the palm of their collective hand.

All these histrionics would have counted for nothing however, had the guys presented us with sloppy renditions of their material, the victim of misplaced energy. Unbelievably, that couldn’t have been further from the truth as the music, often complex and challenging in nature, was recreated with style, panache and a tightness that would have been impressive had they remained static, feet-staring statues throughout. The sound was pretty decent too, allowing the intricacies of the music to be heard, from those indulgent guitar solos, to Estrin’s unique and mesmerising voice, to the thundering bass and drum combo.

I have witnessed many gigs in my time, but even after a couple of days to step back and reflect, I do believe that this show was up there with the very best I have ever seen. As the five-piece took their well-deserved bow, I couldn’t help but shake my head in disbelief as I clapped – I’m still not sure that I believe what I witnessed. It was a special night , delivered by an equally special band, a band that has risen even higher in my estimations. One of my favourite bands? You’d better believe it.

PS: I apologise for the quality of my photos – I know that they are rubbish! 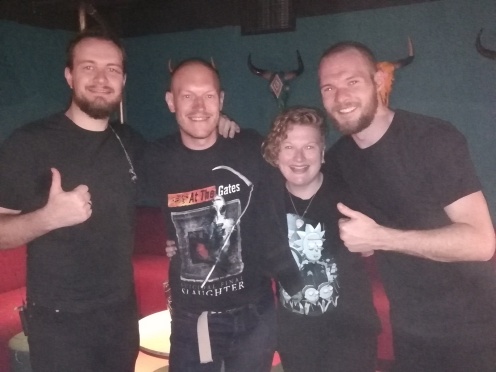 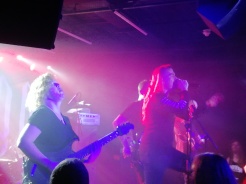 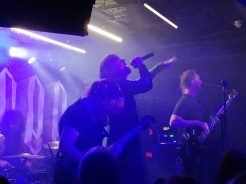