Every now and again, I am prone to a bit of a faux-pas. I’m human after all, so it wouldn’t be right if my site was perfect, would it?! The big error on my part this time concerns the latest effort from Tomorrow’s Eve, the German progressive metal band that brought us the monstrously huge ‘Mirror Of Creation II – Genesis 2’ back in 2006.

Given that ‘Mirror Of Creation II – Genesis 2’ was so good and given that fans have waited 12 long years for a follow-up to the concept that featured on that record, you might be wondering why it took me so long to get around to reviewing it. The truth is, I don’t really know. Admittedly, I was beginning to fall behind the curve thanks to a huge influx of new releases and the commencement of a new career. But still, you’d have thought that I’d have made time to bring you my thoughts on this highly-anticipated new record, the first from the band in a decade. But, simply put, I screwed up. After my initial excitement and flurry of early listens, I somehow forgot about it and am only now putting pen to paper having realised my mistake.

What makes the error so much more difficult to fathom is the fact that I really liked what I heard back when I first got hold of a promo. In fact, there was one big thing that struck me from the beginning and which continues to make an impact on me: the heaviness of this record.

All too often, progressive metal has a tendency to err on the lighter side of heavy, where melodies and technicality threaten to dilute the raw power of a genre that, by its very nature, shouldn’t always be all sweetness and light. But Tomorrow’s Eve certainly redress the balance here, as this record is aggressive as hell. This is what I’d call ‘proper’ progressive metal, an amalgamation of strength, complexity and enough melody to keep things interesting.

The tone of the guitars is something that is rather intoxicating to me and makes this record easily the heaviest of the bands’ career to date. Rainer Grund’s performance offers a gratifying crunch that resonates and sends tingles up and down my spine time and again. Anyone who likes interesting riffs that deliver on the metal quota will no doubt lap this album up, just like I do.

However, it isn’t just the guitars that impress. The eleven tracks are boosted by the appearance of Mike LePond (Symphony X) on the bass, who is his usual professional and talented self, enhanced by a production that allows his pulsating, intricate bass work to be sufficiently heard within the mix. The drumming of Jon Macaluso (Yngwie Malmsteen, TNT, Labyrinth, Ark) is equally meaty and dextrous too, adding a commanding spine to the music. The ubiquitous keys are present and correct, Oliver Schwickert liberally dusting the tracks with various tones and textures to wonderful effect, creating depth and atmosphere in the process. 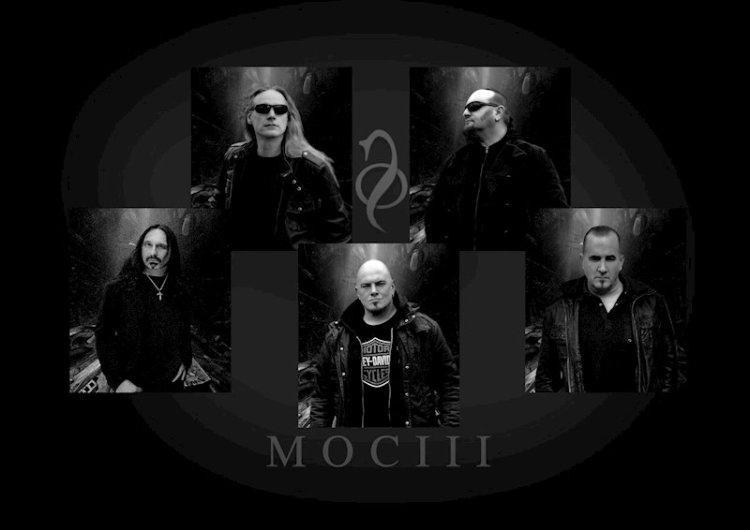 The final ingredient in this edifying recipe is vocalist Martin LeMar (Mekong Delta, Lalu), who brings the latest chapter in the ‘Mirror of Creation’ concept to life. Angry, contemplative, introspective, spiteful – he manages to capture them all and more in an assured and diverse performance throughout, perfect for breathing life into the involved and ambitious lyrical content within ‘Mirror of Creation III – Project Ikaros’. Not being the biggest fan of Mekong Delta, I must admit that I am always a little surprised by just how good Martin LeMar sounds within the Tomorrow’s Eve environs.

It is almost impossible to single out any of the eleven tracks on this record for specific praise because they are all very good compositions, with plenty going on within each of them, be it a big, hook-laden chorus, an expansive lead guitar solo, a monstrous riff, an engaging rhythm or an emotional vocal performance. Then there are the swathes of keys that soften a few of the rougher edges and provide plenty of rich atmosphere to the music. They never get in the way, but they are an integral ingredient within the Tomorrow’s Eve sound. Given that this album is around xx minutes in length, this consistency is hugely impressive; I expected a filler or two, but I have been proven wrong.

However, I realise that the previous paragraph could be viewed by many as a cop-out. As such, allow me to pick out a few specific highlights within ‘Mirror of Creation III – Project Ikaros’:

The aptly-named ‘Welcome To The Show’ opens the disc with a suitably grandiose, cinematic introduction, before a no-nonsense uncompromising riff takes over and lays down the gauntlet. From that point on, the song delivers a heady blend of crunching guitar work, atmospheric keys and a larger-than-life chorus that just gets stronger the more I listen to it. I repeat: this is properly heavy and expansive prog metal, underlined by the chugging, start-stop riff at the four-minute mark that is simply wonderful, transitioning smoothly into another cinematic segment. The track then ends in quieter, more subtle fashion, led by vocals and tinkling keys, further reinforcing the effortless variety that Tomorrow’s Eve manage to bring to the party.

You wanted heavy? Then allow me to introduce you to ‘Morpheus’, an epic bulldozer of a song full of roiling menace and dark lyricism, only to open up into another huge, all-encompassing chorus that captures the imagination and gets me singing along. I know I’ve mentioned the word ‘riff’ extensively thus far, but the riff that enters at the 4:18 point is something truly special, full of strength and a certain amount of headbang-worthy malevolence – it’s just so good!

‘Bread and Circuses’ ups the pace and gallops along for the most part in a similar vein to the most powerful of power metal, whilst also injecting a sense of theatre and variation within its five-minute length. ‘Imago’ by contrast is a chunky, meaty affair that shares a few similarities with Kamelot in terms of the sounds it explores and the atmosphere that it creates.

As you might have noticed, I’ve essentially referred to the first four songs on the album. But that’s no accident as I stand wholeheartedly by my statement that ‘Project Ikaros’ simply doesn’t contain any fillers and the standard remains extremely high throughout.

As such, I could go on. But instead, I’ll conclude at this point and instead invite all you progressive metal fans to let Tomorrow’s Eve into your life. If you like your music to be complex and challenging, whilst at the same time able to tell a story and then get your blood pumping with genuine crunch and heaviness, then this is the record for you. Honestly, this is a complete no-brainer and a reminder that intelligent music can still pack a real punch. As such, it comes with the highest possible recommendation from the Man of Much Metal.