Welcome to part 5 of my mini-series where I bring you news of those albums are still to be released during the remainder of 2018. I have a feeling that this will be the last post of the series as I turn my attention back to reviews, and because right now, confirmed news is drying up a little. There are bound to be more big releases confirmed in the coming weeks and when I get wind of something interesting, I’ll try to bring it to you.

For now though, if you missed the first four parts of this mini-series, they can be viewed here:

On that note, let’s dive in for the last time for now…

Things had gone very quiet in the world of Lost In Thought, so I decided to take matters into my own hands and ask the band directly for an update. The response I got was as follows:

“We’re currently in the process of setting up the pledge campaign for the album and our aim is to have the album released over the next few months, definitely within this year!”

Well, you heard it here first – we are definitely going to see new material from the UK-based progressive metal band in 2018. That’s cause to celebrate in my book because we’ve waited seven years for a follow-up to their excellent debut album, ‘Opus Arise’. It came out of nowhere in 2011 to deliver a healthy dose of high energy, high quality classic progressive metal full of chops, melodies and layers of lush keys. Despite the changes in line-up that have occurred since the debut, I am convinced that the follow-up will more than match the debut. 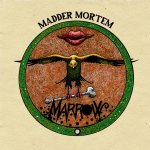 I’ve mentioned Madder Mortem a lot on my site over the years. The reason for this is that I really like the way in which this Norwegian group have created a sound all of their own over the years. Is it alternative metal? Progressive metal? Avant-garde? Extreme metal? Whatever label you wish to place on Madder Mortem, they will still remain one of the most unique-sounding bands within the metal world. And in Agnete M. Kirkevaag, they have a formidable focal point behind the microphone, equally as quirky as the music that surrounds her.

And now, having had to wait years between albums number five and six, we’re on the cusp of album number seven in a relative blink of an eye. Entitled ‘The Marrow’, it threatens to continue the trend of challenging material that’s neither immediate or ‘run-of-the-mill’. And for that, we can only rejoice. Released on 21 September 2018, it comes less than a year before the 20th anniversary of their debut release, ‘Mercury’. Proof if proof was ever needed, that there is longevity with quality music.

I feel like this series has been biased towards the prog end of the metal spectrum, so it is nice to be able to bring you some news about a pure, unadulterated dose of brutal and ugly death metal. In the last few days, Bloodbath took to social media to confirm that their new record is ‘officially DONE’ and that ‘the master is now leaving us and heading to Peaceville!’

I’m a big fan of Bloodbath and have been ever since their debut, ‘Resurrection Through Carnage’ was released around 16 years ago. Admittedly, I was persuaded to check the band out largely due to the personnel involved. However, the authenticity and the rawness of the material meant that the music made an impact on me. Naturally, the fact that Bloodbath features two members of Katatonia and now Nick Holmes of Paradise Lost on vocals means that I’ll always be interested to hear new music from the gnarly group. However, it also means, as demonstrated via their four albums to date, that the quality will almost certainly be of a very high standard. Mind you, based on their latest social media post, it’s possible that the line-up may have changed too. Interesting times ahead methinks.