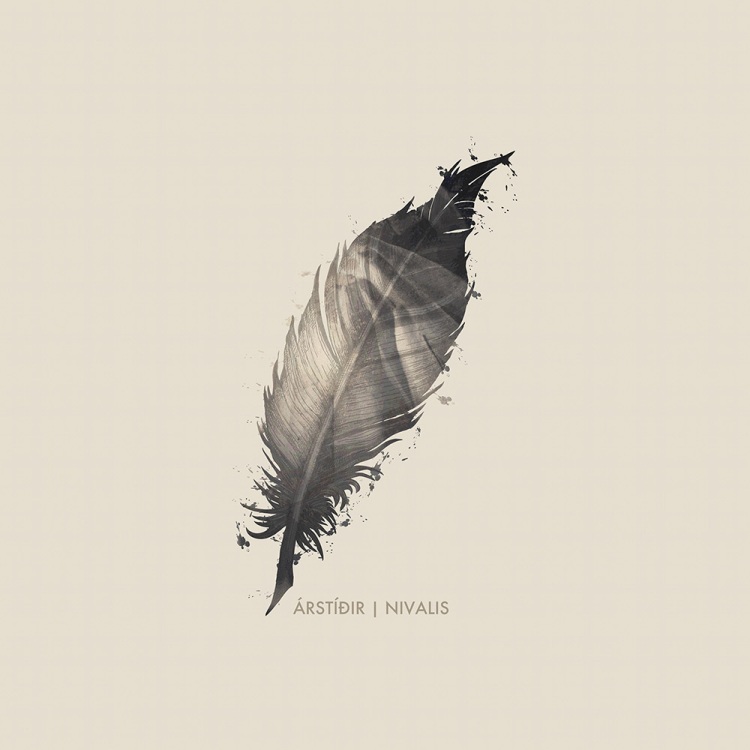 Starting off a review on manofmuchmetal.com by referencing artists like Simon and Garfunkel, The Bee Gees and Radiohead might seem a little strange. Indeed, it seems a little strange to me also. But when tackling a review of the fourth album from Icelandic band, Árstíðir, these comparisons are unavoidable. Mind you, it is equally accurate to add the more familiar names of Solstafir and Sigur Ros to the list. Maybe even a little sprinkling of recent Katatonia at their softest. So, what’s the deal?

Formed in 2008, Árstíðir (meaning ‘seasons’ in English), began life as a trio comprised of Daniel Auðunsson (guitar), Gunnar Már Jakobsson(guitar) and Ragnar Ólafsson (baritone guitar). Over the years, they expanded to a six-piece but have since lost these additions, reverting currently to the original three-strong line-up, albeit with the help of a plethora of guests covering drums, bass and a string section. ‘Nivalis’ is the band’s fifth full-length release over the past decade, but the first to really grab my full attention.

There is no doubt that Árstíðir are Icelandic. Even if I hadn’t known beforehand, within seconds of the album starting, this fact would have been confirmed. You see, there is something about the music that emanates from this magical island – whatever the genre, whatever the inspiration, there is something about it that just sounds unique, Icelandic. If I’m ever able to fully put my finger on what it is, I’ll be the first to shout. However, at the moment, I can’t get past two words: ‘purity’ and ‘atmosphere’.

It’s like the music from Iceland is distilled in a certain way that gives it all a definite, similar vibe. And that vibe, to me, is honesty and complete musical integrity. Árstíðir are no different, as ‘Nivalis’ demonstrates very powerfully. I’d not normally listen to music of this style and delivery, but there’s something about this band and this record that draws me in. There’s a strength in the minimalism at play within much of the material, whilst the voices of the band members are engaging and occasionally hypnotic, full of warmth and feeling.

The opening track, ‘While This Way’ is a sensational way to begin. It comes across as a clever amalgamation of the atmospheric post-rock of Solstafir and the serene beauty of Sigur Ros, with a touch of mainstream pop, all wrapped up in a subtle minimalism that manages to convey so much is such an effortless manner. And the chorus at its heart is stunning, a dynamic show-stopper that’s also a showcase for the softly-delivered mellifluous vocals. 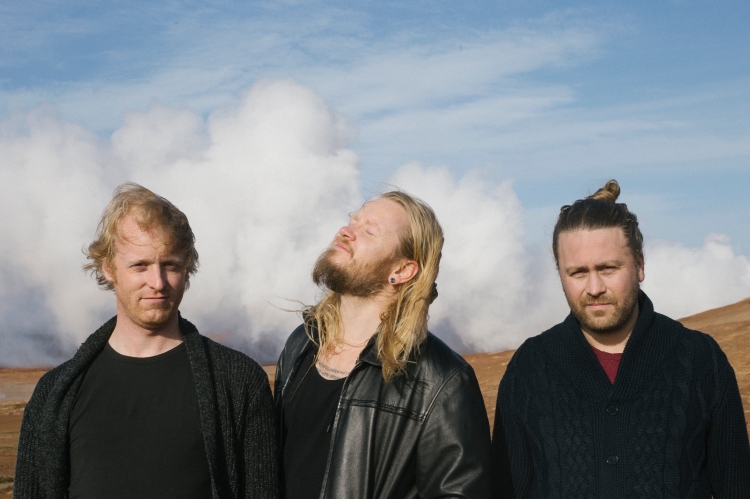 The vocal delivery of ‘Lover’ is markedly different, drawing the comparisons with the Bee Gees thanks to the harmonic approach. The underlying orchestration adds a lushness to the track that would otherwise be very simplistic. The drum beat is the driving force, although I also love the way that the song plays around with light and shade expertly, building in intensity towards the climax.

The aforementioned Katatonia comparisons come to the fore within, ‘Please Help Me’, which begins with the evocative sound of an air-raid siren and then develops into a light, but sombre-sounding composition that brings the orchestration and minimalist keys and synths to the centre of the song to add their unique embellishments. More captivating melodies and vocal harmonies mean that it is impossible not to fall for this song’s abundant charms.

The acoustic guitar-led ‘Entangled’ is a joy, full of breezy melodies and light effervescence. This is so not my normal thing and yet I can’t help but get caught up in the overt pop sensibilities that are genuinely enhanced by some compelling vocals.

In Icelandic, ‘Nivalis’ means snow and ‘Like Snow’ is very aptly-titled, evocative of the weightless flakes falling from a dark, frozen sky. And, as someone with an affinity and strong emotional bond with Árstíðir’s homeland, it is magical to hear ‘Thar Sem Enginn Fer’ sung in their native tongue. Musical, lilting and whimsical, it casts a spell on me that’s almost magnetic.

If I must be entirely honest (and I must), I do find that the second-half of ‘Nivalis’ falls a little short of the first and I’m not held as rapt throughout as I hoped that I might. Nevertheless, there are still a couple of real gems to be heard, such as the heartbreakingly poignant ‘Oroi’, an instrumental that lets the music do all of the talking. ‘Mute’ meanwhile has more of a modern mainstream edge, plenty of post-rock experimentation and yet more memorable melody led by yet more terrific vocal harmonies. And the closing composition, ‘Passion’ features some of the most dramatic and bold soundscapes towards its end, not to mention even more scintillating, electric vocals from the trio.

If you’re looking for an album to beguile and delight, whilst also being a relaxing and cleansing musical experience, the kind to listen to on headphones whilst the fire crackles in the hearth, then ‘Nivalis’ might just be the album for you. Mind you, I’m enjoying it just as much in the heart of one of the UK’s hottest, driest summers ever, so it really does seem to be an album for all seasons. Recommended, even by a bitter and twisted metalhead.