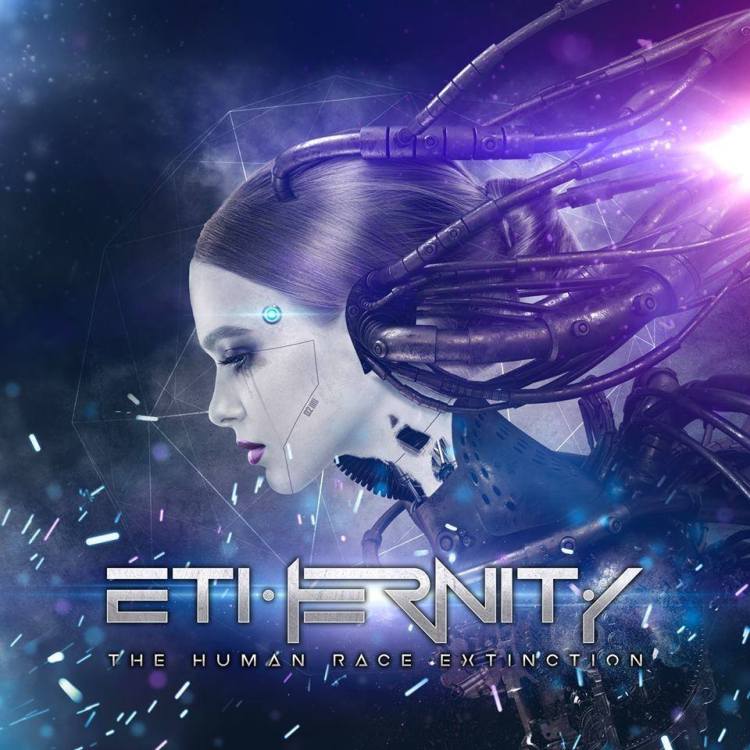 Ethernity is a new name in the Mansion of Much Metal. Before coming to this review, I’ll happily admit that I’d never even heard of this band. A little research and it transpires that the band is a sextet that hails from Belgium and who refer to their music as progressive melodic metal. Well, that’s a good start.

I checked out a new track on-line after receiving the promo from those lovely people at AFM and was impressed enough to continue my research and listen to Ethernity in more detail.

Their name is apparently an amalgamation of two words, namely ‘ether’ and ‘eternity’, demonstrating an affinity with all things celestial and other-worldly. They are led by vocalist Julie Colin, who sings atop a sonic tapestry created by guitarists Thomas Henry and Francesco Mattei alongside brothers, bassist François Spreutels, drummer Nicolas Spreutels and keyboardist Julien Spreutels.

Given that Ethernity had completely eluded me until now, I was slightly taken aback to learn that they were formed at the very turn of the millennium. That’s a career spanning 18 years and yet ‘The Human Race Extinction’ is only their third full-length release in that time. Ethernity are not exactly prolific then. Mind you, I have a theory about this. Allow me to explain:

‘The Human Race Extinction’ is an elaborate concept disc comprised of fourteen tracks and has a running time of over 70 minutes. In anyone’s language, concept story or not, that’s a lot of music. Whereas other bands might be satisfied with between eight to ten songs, these Belgians are not. And it is not a one-off, as their sophomore 2015 release, ‘Obscure Illusions’ also featured a running time of almost identical length. There are bound to be other factors involved, but when you cram so much material onto an album, you can’t expect to release a new record every couple of years. And, if you do, the quality is bound to suffer, especially when the music is as multi-faceted and involved as that of Ethernity.

And it is this factor, as far as ‘The Human Race Extinction’ is concerned, that is pretty much Ethernity’s only negative aspect. I feel churlish and ungrateful criticising a band for delivering too much music but in this case, that’s my overriding feeling. This record is just too long. It really needs a good trim around the edges to make it a more succinct affair. As it is, I suspect many will be too daunted to give it a try and those that do will perhaps not always get to the end. That’s a shame and it does detract slightly from the overall impact, one that is otherwise extremely strong. 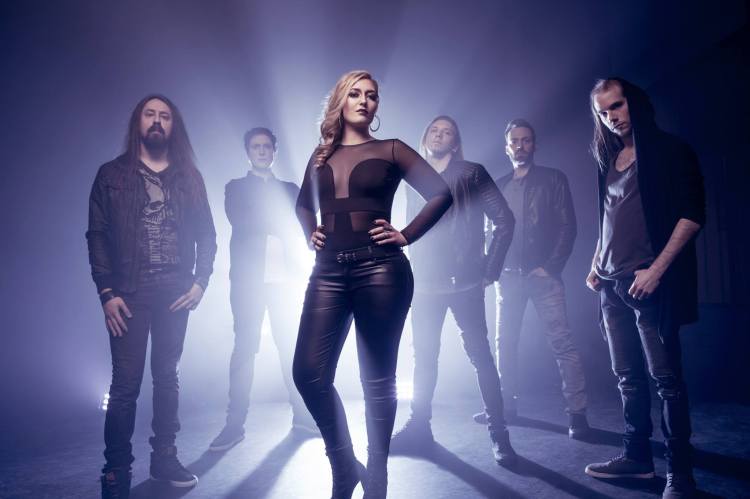 As far as reference points go, I’d like to throw a few names your way: Evergrey, Darkwater, Pagan’s Mind and Symphony X. There are more ingredients to be heard within the Ethernity sound, such as a nod to more djent acts like Tesseract, but these bands all give you an idea of roughly what to expect from this album.

‘The Human Race Extinction’, as the album title suggests, is not a happy, breezy listen. Instead, it is bathed in dark atmosphere for the most part which carries a bold dystopian science-fiction feel. Keyboards soak the music in rich, grandiose textures whilst the guitars offer plenty of solid chops as well as a surprising fluidity at times. The rhythm section is extremely powerful, adding real bite and creating a strong backbone to the compositions. There is flamboyance and technicality to be heard from every corner, but these are not always overly ostentatious and too overt. Instead, part of the strength of Ethernity here, is that they are a tightly honed machine that never misses a beat and which is adept at delivering their music with impressive precision. They may not be the most progressive band in terms of originality or mind-blowing complexity, but progressive they most certainly are and, in true prog style, many of the melodies take plenty of time to soak in. On a first listen, they might not click and could even be missed entirely. But if you allow the songs to become more familiar, the melodies come more to the fore and the subtle hooks become sharper and sharper. The old adage might suggest that ‘familiarity breeds contempt’ but with ‘The Human Race Extinction’, the opposite is most certainly true.

One of my favourite songs has to be the enormous ‘Grey Skies’. It kicks off with a foreboding synth intro before down-tuned guitars enter the fray in delicious Evergrey-like fashion, all emotion, darkness and crushing force. The riffs are huge and effective, the tinkling of keys soars over the powerhouse rhythms and Julie Colin sings passionately with both feeling and power, able to sound serene one second and angry as all hell the next. The chorus, once it takes hold, is one of the finest on the record, so huge and so full of human sentiment.

Mind you, the immediate follow-up is almost as good. Beginning with what I think is the sound of an agonised scream within some dark and sinister cinematic sounds, the song builds through some clean guitar strumming and lavish synths to eventually flourish with a bang. Again the guitars are huge, but the verse unceremoniously dumps them in favour of a minimalistic, introspective approach. It is a masterstroke because when the chorus hits, the impact is massive and truly wonderful.

It’s as I write this review that I realise that this mid-section of the album is arguably the strongest, as ‘Artificial Souls’, complete with extravagant keyboard solo, powerhouse chorus and fluctuating intensity is another standout composition. ‘Redefined’ has a vague ballad feel about it, but only really in terms of the slightly slower overall tempo at times, whereas ‘Rise of Droids’ is full-on symphonic and cinematic, complete with sampled effects, layered choral vocals and pompous keys.

With my reviews, I often go into more detail about more tracks. But faced with fourteen, that isn’t possible without breaking the entire Internet. And in any case, I hope you get a feeling for what you can expect if you give Ethernity a try, because there are no wild curveballs nestled in clandestine fashion, ready to pounce on the weary and unsuspecting. Ethernity have their modus operandi and they are content to push it for all that it is worth. And when you bear in mind the high standards they set and the quality they produce, who can blame them? ‘The Human Race Extinction’ is an extremely good progressive melodic metal album, one that should well and truly put them on the map. Just cut it down a bit next time guys, yeah? Occasionally, less really is more.