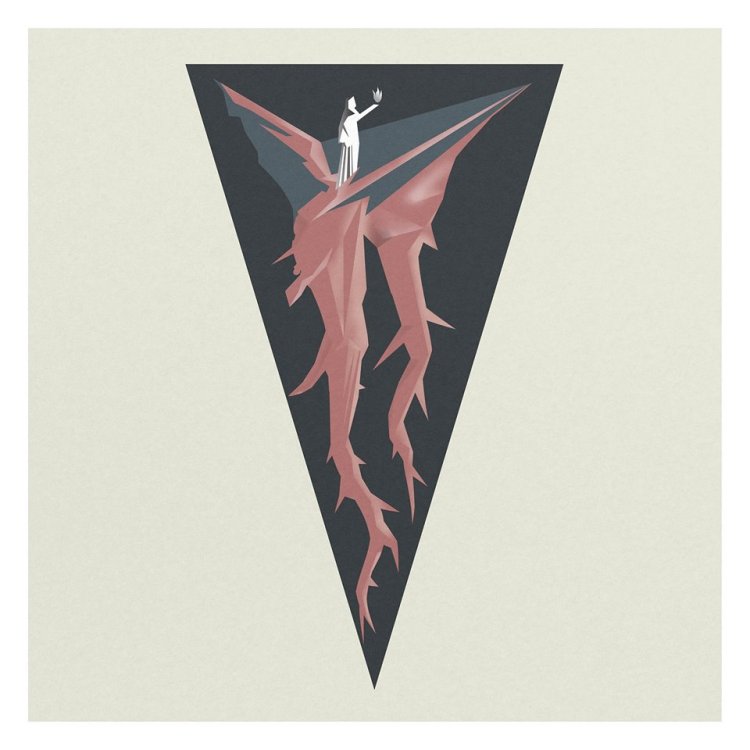 Sometimes, a description of an unknown band will catch your eye and before you know it, you’re checking them out. That’s certainly the case with Italian band, The Moor. The description in the email header stated ‘melodic death/progressive metal’, so I felt compelled to at least open the email to make sure I wasn’t missing something worth checking out. The band photo that greeted me though, looked as though it had been inserted in error, as the quartet in this photo bedecked in near-matching leather jackets did not scream melodeath to me. Never one to judge a book by its cover, I read on and found myself ever-more intrigued…and confused. Suddenly, descriptors like ‘death metal’ and ‘metal’ were joined by ‘seventies’, ‘prog rock’ and ‘alternative’. Suffice to say that I really had no idea what I would hear when I pressed play, but I just had to find out.

Albums like this, that throw about numerous references and influences can tend to end up one of two ways: either it is a complete and utter disorganised and unfocused mess, or it is an inspired success, dripping with originality. In the case of The Moor, after a few spins, I’m still not entirely sure which side of the divide they find themselves. However, in the spirit of nailing my colours to the mast, I’d have to say I’m veering slightly towards the former.

I’m not, for one minute suggesting that ‘Jupiter’s Immigrants’ is a terrible record. Indeed, there are plenty of examples that I shall reference within this review that find favour with me and for good reason. And it is these examples that made it so difficult for me to decide on my true feelings for this record. However, I can’t shake the feeling I get every time I listen to this album, that The Moor are trying to do too much. As such, ‘Jupiter’s Immigrants’ lacks a definitive identity.

For a start, I hear almost nothing that justifies the melodic death metal tag. Ok, so perhaps a fair number of the guitar riffs within the record are heavy and abrasive enough to deserve the comparison, because ‘Jupiter’s Immigrants’ isn’t a soft album by any means. But At The Gates this is not. For that matter, it isn’t early In Flames or Omnium Gatherum either. ‘The Alarmist’ is about as extreme as things really get and admittedly the machine-gun drumming and speedy riffs alongside deep clean vocals do hint at Dark Tranquillity circa ‘Projector’. The melodic sensibilities within the track are pretty cool too, as is the extended lead guitar solo. But in terms of melodic death influences, this is about it, including the title track that actually features guest vocals from Dark Tranquillity’s Mikael Stanne.

This title track, it has to be said, is a belter of a song. Stanne definitely lights up proceedings with his unmistakable growls but it is more attuned to black metal, thanks to the fast, staccato riffing and layers of grandiose synths. The song flits between the black metal influences and Goth-tinged mainstream metal ear candy, delivering a chorus that’s incredibly infectious and with enough hooks to furnish a stadium-sized cloakroom. As such, it is definitely one of the stand-out songs of 2018, something I wasn’t expecting to admit at the outset. 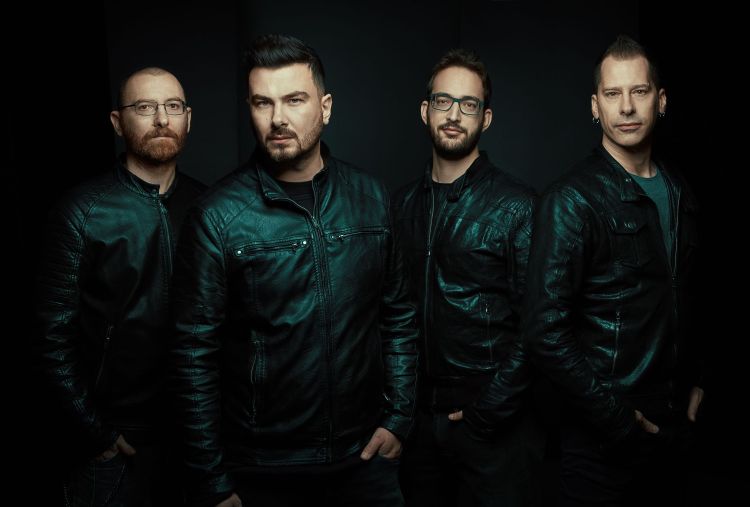 At other times, The Moor deliver more of these Goth overtones, or instead they plough headlong down an avenue more attuned to mainstream rock or metal. Normally, with a melodeath album, you’d expect plenty of gruff vocals but here, they are only used to flavour parts of the record with The Moor instead favouring Enrico Longhin’s clean, mellifluous approach for the most part. It’s a genuine headscratcher and ultimately, the record suffers as a result. Rather than listen to the songs themselves, I find that I’m trying to dissect each song’s styles, trying to fathom what the band are trying to achieve. I also struggle to hear the progressive elements, unless we refer purely to the confusing variation between the tracks themselves.

For all my moaning and consternation though, I cannot deny the fact that, the title track aside, several of the songs that the Venetian quartet of vocalist/guitarist Enrico Longhin, guitarist Andrea Livieri, bassist Massimo Cocchetto and drummer Alberto Businari deliver are rather great and thoroughly entertaining. Opener ‘Lead The Difference’ for example features strong melodies throughout, particularly within the chorus. The electronics and bold atmospheres of ‘The Profiteer’ are highly enjoyable as well as being very different from the previous material, capped off by an explosive and expressive lead guitar solo. ‘Inception’ throws a dark melodic metal style into the mix, a track that is layered with synths and which features a delicious acoustic guitar within the verses. But the chorus is a thing of brooding beauty and wins me over thoroughly.

‘Odin vs Jesus’ is a metaphor for the album as a whole in that it throws everything at the listener and feels too muddled. And yet, there is something about it that still seems to work. Finally, ‘Dark Ruler’, featuring a guest appearance from Dream Evil’s Niklas Isfeldt, is a lush, stomping affair that again sounds different from what has gone before.

So, how does one conclude a review of this nature? On the one hand, ‘Jupiter’s Immigrants’ should be referred to as a bit of a disjointed mess because it clearly lacks a single identity and a clarity of purpose. And yet, if you take the songs individually and enjoy them on their own merits, it is undeniable that the music on this record is infectious and a great deal of fun. Indeed, I have listened to this record a lot more than I thought I would at the outset – and that’s because of the strength of a good number of the songs, songs that try as I might, cannot be ignored and are embraced in spite of my significant misgivings. I can only suggest therefore, that you take a listen and make up your own minds.