One of the many joys of music is in the discovery of something or someone new when you least expect it. That’s exactly what happened with Fauna Timbre, a Norwegian trio, who are about to release their debut EP, ‘Altering Echoes’. I was spending the evening undertaking a much-needed cleanse of my email inbox and I was drawn to one of several hundred promo invitations that resided there. If I’m honest, my eye was caught by the words: ‘FFO Katatonia…’ That was enough to plug in the headphones and listen to a band that I’d never before heard of. Mind you, with a mere 18, yes eighteen likes of Facebook, it appears that no-one really knows Fauna Timbre either.

I wasn’t really sure what to expect as I pressed play for the first time because, despite the headline-grabbing reference to Katatonia, the press release within the email also mentioned the words ‘doom’, ‘noise-rock’, ‘post-rock’, whilst referencing the band Chelsea Wolfe as well. Nevertheless, swayed by the Katatonia connection, the intriguing cover artwork and the desire to try something a little outside my normal sphere of comfort for once, I continued.

And you can guess the result, can’t you? Yes, that’s right, it turned out to be a good decision on my part because I am certainly impressed by the material on this debut EP. ‘Altering Echoes’ is comprised of five tracks, spread over 26 minutes or so and within, it tackles the often-depressing relationship between the human race and the natural world, as well as deeper human paradoxes. Throw-away bubblegum pop this is not.

The quiet, tentative and sombre melody that introduces the opening song, ‘Heart Murmurs’ is testament to the dark melancholy tone of the music. Sjøli’s vocals have a Jonas Renkse quality about them in so far as he is able to convey emotion through a simple, uncomplicated delivery that’s also surprisingly mellifluous. His voice travels over a terrain that’s quite stark and minimalist, where the guitars offer a dirty, fuzzed-up sound, the rhythms are intelligent but not overdone. The post-rock influences are strong, as the song builds up to a measured outpouring of energy, wrapped up in a powerful melody, thoroughly engrossing particularly after a few concerted spins where the layers of vocals have a significant impact that I like. 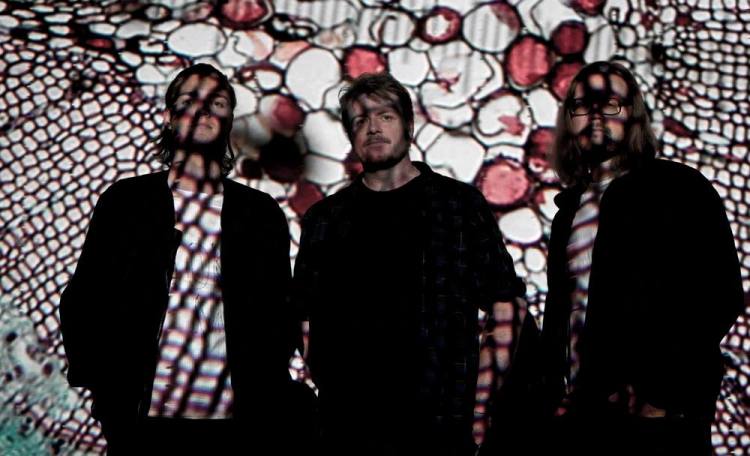 The doom influences loom large within ‘Violent Waves’, as it lumbers along at a sedate, almost glacial pace, allowing the bass and guitars to rumble with churning, roiling ominous intent. The song gathers a little impetus as it nears its close, only to end in unexpectedly abrupt fashion, as if crashing headlong into the cliff-face that is the vaguely brighter but certainly not swifter-paced ‘Turn The Sun’. I really like the prominent and enthusiastic bass-work that starts to come to the fore just before the half-way mark and I also favour the melancholy lead guitar melody that sits at the song’s heart.

‘Umbra’ is a delicate, brittle-sounding composition at the outset, only to morph into something more experimental and confrontational as it develops. The melodies are subtler and less pronounced, whilst there’s a greater emphasis on juxtaposing light and shade, gentle minimalism and bruising walls of sound. As such, the track takes on the air of something altogether more progressive in nature.

The same can be said of the sprawling progressive post-rock expansiveness of the closing composition, ‘Memory Leak’. Bordering on noise-rock at times, it then transforms into a glorious sombre and heavy doom metal beast, where the lead guitar lines take on a more poignant guise, soaring over a crushing, heavily distorted maelstrom of guitars, drums and cymbals which assault the senses expertly.

If I’m being entirely honest, I do prefer the more immediate musings within the first half of this EP over the more experimental and challenging second half. However, the latter tracks do become more rewarding over time and it is hard not to appreciate a band that are clearly trying to discover their own true identity without compromising. There is literally nothing about Fauna Timbre on the Internet as I write this review. However, within a week or two, I highly suspect that this will change and deservedly so. Music lie this is too good to remain an unknown quantity for too long.