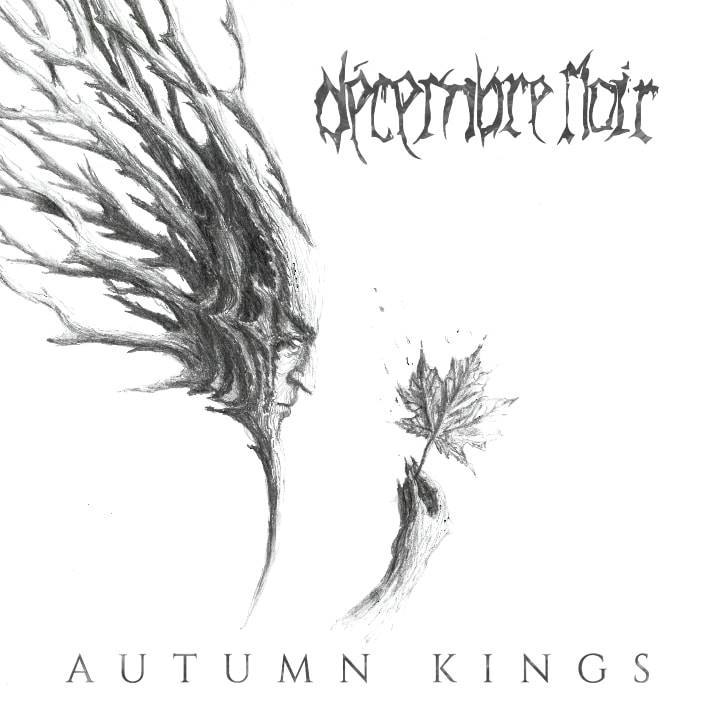 It may only be the middle of September, but all of a sudden, there’s a perceptible nip in the air at dawn and dusk, whilst a few leaves have already given up, turning brown and dropping lackadaisically from the trees that they called home over the summer. It means three things: the internal household battle will begin about putting the heating on, the winter clothes will start to come out of hiding and, most importantly, my love of melodic, melancholic death/doom metal will return. The darkness, the bleakness, and the sombreness suddenly starts to feel appropriate once more, as does the overt heaviness. The summer months feed my desire for generally more upbeat and softer rock and heavy metal. But the autumn coaxes out my more extreme side and I happily succumb to the seductive call of this kind of music.

It seems very fitting therefore that my first foray into the depths of dark melancholic and melodic doom metal in 2018 should be entitled ‘Autumn Kings’. It comes courtesy of the German quintet known as Décembre Noir and is the Erfurt-based band’s third album since forming in 2008.

The band is comprised of guitarists Martin and Sebastian, drummer Kevin, bassist Mike and vocalist Lars. And, after a few spins, it is quite obvious where their inspiration lies. I’d most liken their output to the likes of Swallow The Sun and Daylight Dies, where elegant melodies combine with harsh vocals, crushing riffs and a combination of plodding tempos and faster blasts of intensity. The songs are generally long and they all have a certain majestic quality, almost serene at times, despite the overt brutality that pervades.

To be entirely honest, there is little to this record that’s original or groundbreaking. If you’ve heard the aforementioned bands or very early Katatonia, then you’re not going to be surprised. However, if you’re like me and have a genuine soft spot for this kind of music, you’ll not care too much about originality. Instead, you’ll probably welcome this album with open arms and enjoy what you hear. And that’s because Décembre Noir do what they do very well; this is professional-sounding, and slick melodic death/doom metal that leaves me to wonder why I’ve not paid more attention to the Germans before.

The opening track, ‘In The Pouring Rain’, sets out the band’s stall from the very beginning. After the very apt sound of thunderstorms and heavy precipitation, a gentle and melancholy melody is plucked by a lone guitar. The bass tentatively joins in before things subtly build until the two-minute mark when the guttural growls of Lars signals a change. At this point, in march slow-to-mid-tempo crushing riffs, pounding rhythms that interchange between slow and deliberate, to all-out blast-beat ferocity. Throughout however, are some sumptuous melodies, mournful lead guitar lines, lashings of atmospheric synths and a few groove-laden moments, all of which come together in a glorious whole that I find entirely compelling.

The lead guitar lines within ‘Autumn King’ are greatly reminiscent of early Katatonia but there is more of a harsh, death metal tone to this track overall, less smooth than its predecessor but equally as enjoyable. 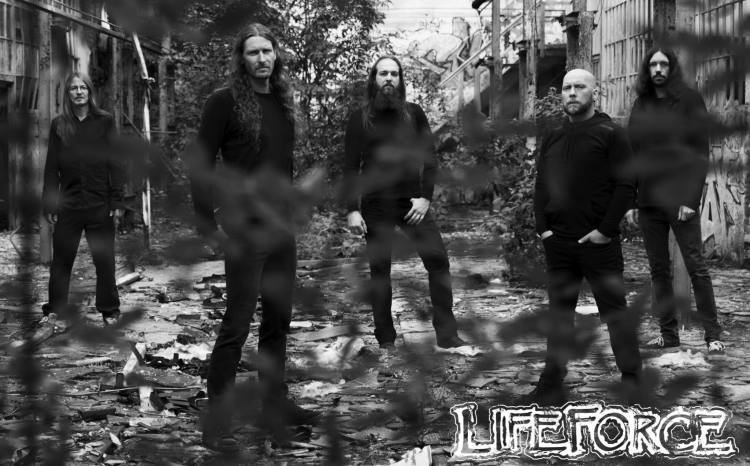 In contrast, ‘Barricades’ introduces some rich clean vocals that don’t sound a million miles away from Mikael Stanne of Dark Tranquillity during the ‘Projector’ period. There are Gothic overtones to the vocal delivery, but they work nicely with the harsh, resonant growls and help to enhance the melodies that weave their way through this song. The real strength of this excellent track can be found in the latter stages when Décembre Noir hit one of my weak spots by creating a simple, grandiose melody and lace it with epic synths and double-pedal drumming. There is something about this combination that makes me go weak at the knees and Décembre Noir tap into this expertly here.

There are a few contenders for ‘song of the album’ but ‘A Weeping Sunrise’ has to be up there. At over 11 minutes, it is no shrinking violet and it really hammers home the doom metal credentials of the band as a bruising intro gives way to some spoken-word lyrics atop a minimalist dirge, consisting of a tinkling piano, a simple drum beat mired in quicksand and more atmospheric synths. But again, the melodies that find their way into the song are memorable, elegant and thoroughly miserable, fitting the tone perfectly. I like the way that the tempo is varied too, as the funeral procession is interspersed by faster, more vital-sounding passages.

Pushing this track to the limit however, is the other composition on ‘Autumn Kings’ that extends beyond 11 minutes, ‘Hymn Of Sorrow’. This is the kind of track that’s the epitome of ‘majestic’. It plods along with the kind of commanding menace that befits the doom/death genre, but it maintains a beauty and a serenity that is impossible to ignore. Yes, others have trodden this path previously, but these guys do it very well indeed, especially with the addition of some nice cinematic spoken-word parts that inject gravitas. It’s just a very good song, simple as that.

And, in a nutshell, that’s Décembre Noir all over – they don’t pretend to be something new. Instead, they stick to their guns, they wear their influences on their collective sleeves and pour their blackened hearts into creating the best music that they can. And because of that, I have a lot of time for ‘Autumn Kings’. That and the fact that they have succeeded in producing a really top-drawer album of superb melodic death/doom metal. Highly recommended for those of a like mind.