I’m starting off the month of October the way I mean to go on. And so, here’s a round-up of some juicy music coming our way in the short, medium and longer- term. As always seems to be the case, the list of music today is a little eclectic but that, I hope, only serves to make things more interesting. Plus, whatever your general taste in rock or metal, it’s more likely that there will be something here to take your fancy.

If you’ve missed some of my recent round-ups, they can all be viewed via the following links: 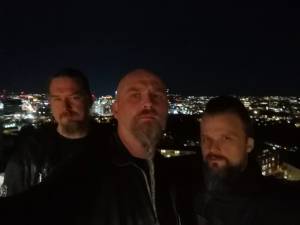 Out of nowhere, the Borknagar camp bring us the kind of news that we all want – it is brief, it isn’t particularly detailed but it tells us all we need to know right now – that a new Borknagar album is on the cards and not in the too-distant future. The Norwegian band have always been on my radar thanks to an impressive back catalogue of quality material. But with ‘Winter Thrice’, they absolutely blew me away, more so than ever before.

Not only did the record feature my favourite individual track of 2016, courtesy of the title track, the entire record was chock full of magnificent progressive and folk-tinged black metal. To quote the conclusion of my review of ‘Winter Thrice’:

“It is a sensational slab of intelligent, powerful and sophisticated extreme metal that is as beautiful as it is brutal. I have been captivated since the first listen and I cannot see how the spell that Borknagar has cast upon me can be broken. Mind you, I don’t want it to be broken. This is a near perfect aural experience and I am all the richer for having it in my life.”

Now you can understand why this news is so exciting for me. 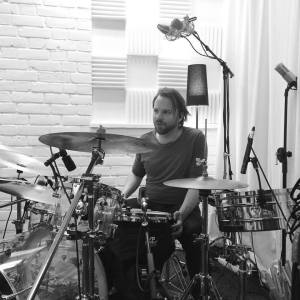 New Wolverine?! It is safe to say that this is still a long way off coming to fruition but if there is any chance of hearing new material from Wolverine, then it is news that I have to bring you. All we have so far is a photo of drummer Marcus Losbjer in a studio behind his kit, alongside the words ‘Losbjer. Day one rehearsal’. However, it is confirmed in the comments below that the band are ‘putting new stuff together’. That’ll do me for now.

The Swedes are one of the most emotional, intense and bleak progressive rock/metal bands in the business. Their output has the ability to reduce grown men and women to tears with ease, both musically and lyrically – I know this from personal experience, trust me. Full of atmosphere, subtlety, bursts of power and fragility, there are few other bands out there that manage to convey such a range of human emotions so eloquently. Their last two records, ‘Communication Lost’ (2011) and ‘Machina Viva’ (2016) were immense albums, so if a new record can come anywhere near matching them, we are in for something very special indeed. Watch this space…

If, like me, you are a fan of AOR and melodic rock, you’ll be as interested in this news as I am. Work of Art feature Robert Säll, the ‘W’ within the melodic hard rock supergroup W.E.T., whose recent album, ‘Earthrage’ received a 9.9/10 from me earlier in the year. So it comes as no surprise that I have to mention a new Work of Art album within one of these updates.

There isn’t a confirmed release date as yet, but below is a teaser from the album. And, if the minute or so of teaser music we’re offered is a fair representation of what we can expect across the record as a whole, it’ll be a release that will be difficult to ignore. The music sounds suitably bright and breezy whilst demonstrating the kind of melodic sensibility that makes this kind of music such a draw for me when I’m in need of something a little less extreme than my usual musical fare. 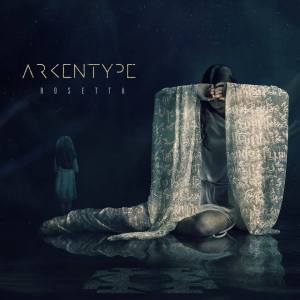 Work remains ongoing for the second album from Norwegian progressive metal band Arkentype, for which there is no confirmed release date as yet. However, we can take some solace in a brand-new video and single from the album, entitled ‘Rosetta’. And if you take a look at the video below, it is clear that the band have gone all-out to make a slick and memorable impression. The professionalism is incredible and hugely commendable.

Musically-speaking, Arkentype present us with a really wonderful warm-sounding yet technical and complex composition in ‘Rosetta’ that is both dynamic and dramatic. The amalgamation of soft and quiet passages, strong melodies, technical complexity and sections of abrasive, angry and heavy material makes for an interesting and highly enjoyable listening experience. I was quietly looking forward to the new album from Arkentype. Now though, I am loudly and impatiently awaiting the release because if the rest of the album is as excellent as this song, we are in for one hell of a treat.

Take a listen to ‘Rosetta’ right here and prepare to be excited as I am!

I’ll be very honest and say that I have become more interested in Rikard Sjöblom’s solo work ever since the multi-instrumentalist joined the ranks of Big Big Train a couple of years ago. I will also admit that I wasn’t the biggest fan of his work with Beardfish but given my love of Big Big Train, and appreciating the abilities of Sjöblom, I felt compelled to check out ‘The Unbendable Sleep’. And, as it turns out, the second solo album, under the moniker of ‘Gungfly’, really impressed me.

In my review of the record back in February 2016, I commented that the record was ‘rich, warm and inviting’, a comment that I stand by nearly three years later. As with all of Sjöblom’s music, it is a very varied record with plenty of quirky elements and plenty of different influences blended within it, from classic progressive rock, to country-infused blues, to cinematic Morricone-like fare. It all comes together in a cohesive and fascinating manner and it means that I’m very interested to see what comes next from the affable and highly-talented Swede.

Check out the track ‘Ghost of Vanity’ to see if this release whets your appetite: