Well hello again, and welcome to another quick round-up of music news about which I’m particularly interested. As ever, it is something of an eclectic list to reflect my tastes across a large portion of the rock and metal worlds. It is also not the quickest round-up either, with some of this news available long before I discovered it. Nevertheless, there are bound to be others like me who are always playing catch-up. So, with that in mind, check out what’s got my juices flowing in recent days.

If you’re interested in reading my other round-ups, they can be viewed here:

I was thinking just the other day that it has been a long while since I had heard anything from the Earthside camp, the camp that brought us the stunning debut, ‘A Dream In Static’ a few years ago. This debut release was my favourite album of 2015, no small feat when you consider that I’m not always the biggest fan of instrumental albums. Admittedly, a few of the tracks featured notable guest vocalists, but at its core, ‘A Dream In Static’ was an instrumental record.

And then, as if by magic, guitarist Jamie van Dyck appears on social media to reveal that he fractured his wrist over the summer, just weeks before heading to Sweden to record the guitars for the new album with David Castillo. Happily, and with relief, Jamie has reported that he is slowly regaining full fitness but this has inevitably delayed the recording of the new album. Frankly, I’m just glad that Jamie is ok and that Earthside can continue.

In the meantime, the bass has been recorded, whilst further composition has taken place including vocals and orchestration. Intriguingly, Jamie refers to these aspects as the ‘x-factor’ for the new record. Anyone else excited? I certainly am and I cannot wait to hear what this special band bring us in the not-too-distant future. In the meantime, here’s a reminder of their killer music: 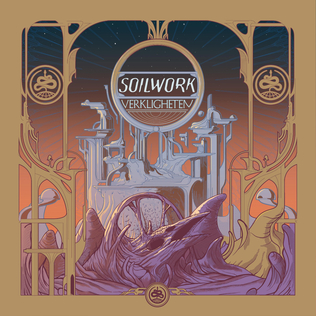 If memory serves me correctly, we were teased at the turn of the year with the possibility of a new Soilwork album during 2018. I hoped this would be the case but after several studio updates and the like, it has been confirmed that a new album will see the light of day in very early 2019. So early in fact, it is likely to overlap with a few stubborn New Year’s hangovers I suspect. Well, if that’s going to be you, what better way to clear those groggy heads than with a new Soilwork record?

Album number eleven from the Swedish melodeath monsters is now confirmed to have the title ‘Verkligheten’, which is Swedish for ‘real’ or ‘reality’. The artwork can be viewed above and the first sounds of the new album can be heard below. The band, led by the irrepressible Bjorn ‘Speed’ Strid have been through a few line-up fluctuations over the past few years and ‘Verkligeten’ sees Bastian Thusgaard replace longtime drummer Dirk Verbeuren. However, based on ‘Arrival’, the first cut gto be revealed from the new album, the Swedes seem to have taken the change in their stride. Full of melody, extreme metal trappings and a few slightly surprising elements, I’m definitely intrigued to hear the album in its entirety.

I nearly missed this little nugget of great news – the fact that Spheric Universe Experience are recording a new album. Had it not been for the posts on my social media timeline regarding the Very Prog festival over the past few days, I may never have stumbled upon this. The French progressive metal band have dropped off the radar of late but in ‘Anima’ (2007), ‘Unreal’ (2009) and ‘The New Eve’ (2012), they very ably proved that they are a force to be reckoned with and a band that the progressive community should take a lot more notice of. I for one hope that the wait is not too long now, as I’m suddenly very eager to hear what this Gallic band come up with next. Rest assured, I’ll bring you my thoughts when eventually it arrives. 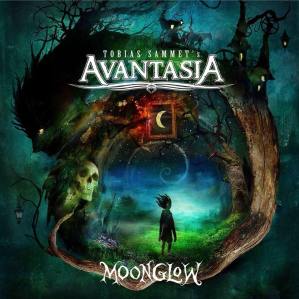 There are those who love this band more than I, but the fact remains that I too am a sucker for some over-the-top and grandiose-sounding symphonic power metal. And few do it better and more consistently than Avantasia, led by the diminutiveand highly-talented Tobias Sammet.

The press release confirms that ‘Moonglow’ will be comprised of eleven tracks and once again features an all-star vocal cast. The usual suspects return, so expect to hear from the likes of Bob Catley, Jorn Lande, Michael Kiske and Geoff Tate. Alongside these however, are a few new faces including Mille Petrozza, Hansi Kursch and Candice Night. Petrozza is arguably the most intriguing for my tastes and it’ll be exciting to hear how it has all worked out. Apparently, according to Sammet himself, ‘Moonglow’ is detailed but not over ambitious, so I’m definitely looking forward to hearing this one all in good time. 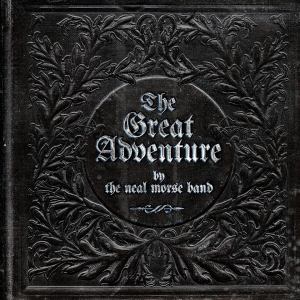 I knew that Neal Morse and his talented band of chums had been meeting up to write and record new music, but I had no idea that things were this far down the path to completion. So it is with a certain amount of surprise and plenty of delight to be able to bring you news of a brand new album from the Neal Morse Band, a progressive rock ‘supergroup’ featuring the immeasurable skills of Morse alongside drummer Mike Portnoy, bassist Randy George, keyboardist Bill Hubauer and guitarist Eric Gillette.

I adored ‘The Similitude of a Dream’, proclaiming it to be one of the musical highlights of 2016. This is not to be sniffed at, especially when you consider how uncomfortable religious lyrics usually make me. However, for the most part, I find the music of the Neal Morse Band to be too good to overlook just because we don’t see eye-to-eye on a theological level and, as such, I’m really looking forward to hearing what these guys have to offer in early 2019. I can even overlook what appears to be the laziest front cover design ever…