It takes a special kind of artist to be able to lure in listeners who are usually more comfortable in other genres. It takes an even more special musician to retain their interest and engage with them once they have taken the decision to listen. I am, of course, referring to myself here, because as the name of my website makes clear, my usual music of choice is of the heavier end of the spectrum. And, whilst I do take pleasure in ‘softer’ forms of music, experimental progressive rock isn’t where I tend to go for my aural kicks.

And yet, here I am, fully immersed in ‘Friendship’, the latest studio recording from the highly talented Swedish multi-instrumentalist and songwriter Rikard Sjöblom, under his ‘Gungfly’ moniker. Having never really been a fan of Sjöblom’s output under the Beardfish name, I felt compelled to give his new venture a try following his assimilation into the Big Big Train collective a few years ago. That’s a band that I adore and I reasoned that if Sjöblom is good enough for Big Big Train, I need to give him another go. I did and thoroughly enjoyed Sjöblom’s previous record, entitled ‘The Unbendable Sleep’, even though it was markedly more experimental and diverse that the pastoral prog rock of Big Big Train. Some might refer to it as ‘out there’.

In conclusion to my review of ‘The Unbendable Sleep’ in early 2016, I remarked:

“…I find ‘The Unbendable Sleep’ to be a rich, warm and inviting album that has the ability to delight on a number of levels. Listen superficially or listen with minute detail; either way there’s something to enjoy at every turn. As such, Rikard Sjöblom has to be commended for ‘The Unbendable Sleep’, a truly rewarding progressive rock record and a welcome addition to his ever-expanding back catalogue.”

In essence, the same could be said for ‘Friendship’ which once again is a rich, vibrant, varied and occasionally challenging record with plenty of interesting quirks. Again, Sjöblom explores musical landscapes that I’d normally turn my nose up at. And yet, somehow, I am forced to admit that I quite like the final result.

The reason for this is that Sjöblom is such a talented chap. Aside from guest assistance from Petter and Rasmus Diamant, and David Zackrisson, Sjöblom plays most of the instruments and sings on the record. But in a way, that’s not the most impressive bit. It’s his extremely adept and clever songwriting that grabs me and wins me over whatever weird and wonderful sound or technique he chooses to experiment with. The melodies might not always be immediate but they will almost certainly always get lodged in your head, popping back up when you least expect it. And, the more you listen, the more enamoured you will become with this album. 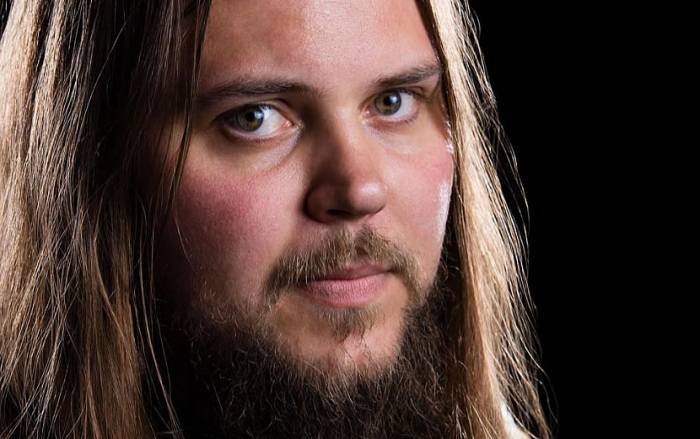 At the core of this ‘Friendship’ album that explores the ideas around the effect of time on past friendships, is a deep love of and appreciation for 70s prog rock and so throughout, you are hit with lots of synths and keyboards, mimicking the sounds of that era but also trying out more modern ideas. Sometimes the sounds are very subtle, at others they are bold and striking. Either way, they lace the compositions with an organic and warm feel, making it a welcoming experience.

I suggested earlier that ‘Friendship’ could be termed as experimental prog rock and I’d like to clarify this statement at this juncture. This album is not a bonkers avant-garde affair where Sjöblom sounds like he’s on hard drugs. More, it is an album that fused the rock core with other musical genres. As such, you get songs like ‘They Fade’, which brings with it a strong country music vibe. Now, I hate country music. Almost exclusively, I will run a mile in the opposite direction at the mere mention of the term. But this song benefits from some lovely melodies, a touch of Dire Straits-esque blues and an irresistibly nostalgic and wistful lyrical content, meaning that I really like the end product. In fact, it is one of my favourites on the album.

Then there’s the bright and breezy acoustic-led ‘A Treehouse In A Glade’ complete with hand-clapping before it veers off into other realms. I really enjoy the vibrancy within this song and the way it contains some strong Big Big Train vibes, which become ever-more apparent as time goes by.

The opening track, ‘Ghost Of Vanity’ is beautifully upbeat and vibrant song that underlines the 70s prog rock credentials nicely. Every instrument is afforded clarity within the mix, even the bass which dances fluidly throughout the length of the song. And there’s a great blend of subtlety and surprising grunt from some forthright guitar riff in places; the perfect mix as far as I’m concerned.

The best track on ‘Friendship’ however, is also the longest, namely the title track. It opens with some very striking futuristic-sounding synths whilst the bass provides the initial heartbeat, occasionally offering more than just a solid beat. As the song grows, it becomes an exuberant and effervescent instrumental piece, only to change markedly on the five-minute mark. A more solemn and reserved tone takes over, much more Pink Floyd-like thanks to an extended, poetic and rather moody lead guitar solo. There’s also a hint of neo-prog that I welcome. It takes until nearly the ninth minute before vocals emerge and when they do, they are as deep and meaningful as the music that surrounds them. As befits a song of this length, there’s a lovely, understated crescendo of sorts, where Sjöblom demonstrates his hidden vocal talents by belting out a few powerful and passionate notes.

In a similar way to its predecessor, ‘Friendship’ has managed to really capture my attention and my imagination. There are times when I want to listen to something just a little bit different, a little out of my normal comfort zone. And it seems that Rikard Sjöblom perfectly fits the bill thanks to his intelligent, warm and thoroughly engaging output under the Gungfly moniker. ‘Friendship’ sparkles, delights and intrigues in equal measure and is a wonderful listening experience from start to finish.