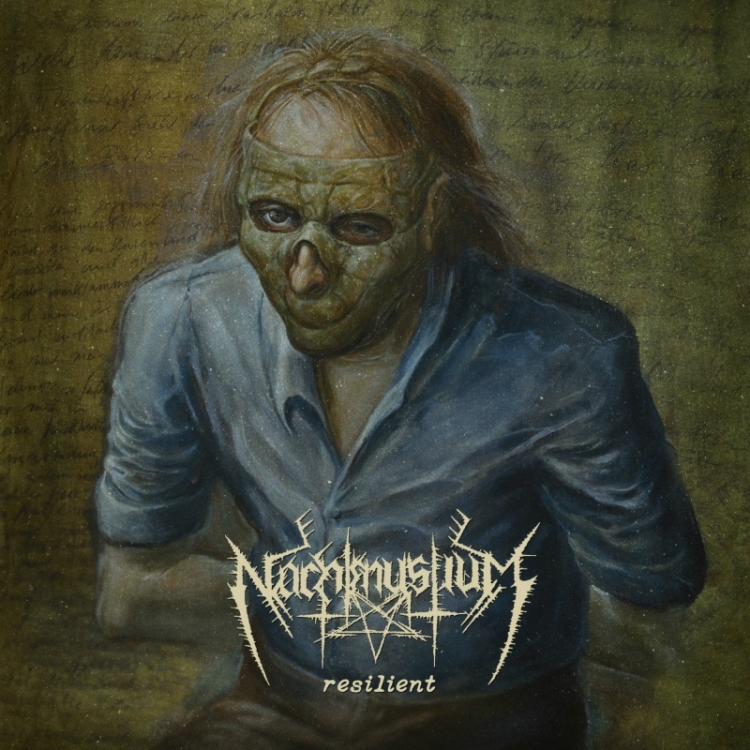 I spent sixteen years of my working life as an enforcement officer, tackling rogues and fraudsters hellbent on defrauding the innocent out of their hard-earned money. So it seems a little incongruous to spend my time reviewing a new release by a band that is fronted by a convicted fraudster, who took money under false pretences, never delivering the goods that he promised. And this was just the tip of the iceberg to all intents and purposes. Blake Judd later admitted that he acted in such a way to fund a heroin addiction, but regardless of his motivation, his actions do not sit well with me. Century Media agreed and severed their contract with Blake and his band Nachtmystium.

But now, after four years in the wilderness, Judd has resurrected the Nachtmystium name and, supported by a whole new band, a new EP is on the horizon, to be released through Prophecy Productions. It is undoubtedly a gamble for the label and it will be interesting to see how the metal world responds to Judd’s second coming. He may be a changed man but in the eyes of many, I am sure he has a lot to do to atone for his past misdemeanours and it remains to be seen whether ‘Resilient’ will begin the healing process or signal the final act of Nachtmystium.

Personally, I thought long and hard before deciding to review this release. Ultimately though, I felt that everyone deserves a second chance and in addition, I felt I’d be a hypocrite if I didn’t review this EP having welcomed the return of the likes of Dissection’s Jon Nodtveidt in the past.

Alongside the divisive figure of Blake Judd, the new incarnation of Nachtmystium is comprised of bassist Martin von Falkenstein and drummer Jean-Michel Graffio. Together, they have crafted some intriguing music on this new EP, perhaps aptly-titled ‘Resilient’.

The intro is atmospheric and, thanks to the voices that appear towards the end, rather unsettling. However, it’s a largely unremarkable one-and-a-half-minutes and things don’t get interesting until the introduction of the title track, the first of three ‘proper’ compositions. We’re immediately confronted by the familiar raspy bark of Judd atop a surprisingly melodic and inviting soundscape equal parts synth melody and open distorted guitar chords. The drums lay down a relatively understated beat until the chorus, which picks up the pace courtesy of double-pedal drumming and more urgent staccato riffing. The track changes course nicely just after the midway point, altering the melody, introducing a somewhat haunting lone lead guitar alongside ghostly vocals that ultimately see the song to a close.

‘Silver Lanterns’ follows and it kicks off energetically with a much more up-tempo feel but is dominated by another sombre lead guitar line that cuts through the track like a knife through butter. The synths float atop and within the tremolo riffs with purpose, whilst the rhythm cuts a frenetic figure at the heart of the piece. It is a good song, much more familiar as a ‘classic’ Nachtmystium composition, yet with an altogether new feel to it that’s hard to explain.

The final track is ‘Desert Illumination’ that is starkly different to all that has gone before. It features clean, almost spoken-word vocals on top of a decidedly dreamlike, almost whimsical sonic landscape. The sounds of laughter emerge as the track develops. The pace is slow and deliberate, allowing the airy synths, gentle guitars and chilled drumming to meander, albeit with an increasing purpose as the song matures. It isn’t until the midway point that those fast-picked black metal riffs emerge alongside the near blast beats from Graffio and some bold bass work from Martin von Falkenstein. And yet, the repetitive nature of the final four or so minutes becomes a little monotonous as far as I am concerned.

As with most EPs, ‘Resilient’ is over before it has really begun and so it is difficult to truly gauge the quality of this four-track 25-minute affair. I like parts of it, whilst other parts fail to fully ignite my enthusiasm. In short, like most of the Nachtmystium back catalogue, I’m left thinking that the music is ok, better than ok in places but ultimately a little patchy and certainly not essential listening. I think I’ll reserve full judgement on the Nachtmystium renaissance until I hear a full-length record.