We’re nearly at that time of year, when I undertake my mammoth top 30 countdown of the best albums released during 2018. However, given my self-imposed rules, the top 30 is only allowed to feature full-length releases containing original material. That means there’s no room for EPs and ‘best of’ records.

However, 2018 has seen some great short-players and one notable compilation, so I thought it was only fair to round up the very best of these so that I get one last chance to bring these great releases to your attention.

So, in no particular order (except perhaps the first record in this list), here goes:

I’m not sure what can be said here that hasn’t been said before. Anathema are one of the finest bands ever to come from the shores of the UK. For me, they are the best band to emerge from Liverpool, without a shadow of doubt. This compilation, a summary of their decade with Kscope, demonstrates so eloquently just how special Anathema truly are. And what’s more, they could have chosen an entirely different track list and, bar one or two songs, it would be almost as strong. That says something about the quality of Anathema’s music, doesn’t it?

“Anathema prove once again that they really are one of the most important and special bands on the planet right now. For the impact that Anathema have had on my life and the sheer strength their music has given me in good times and bad, what other score could I possibly give this release?”

Yup, I gave it the full 10 out of 10…and I stick by that score wholeheartedly. 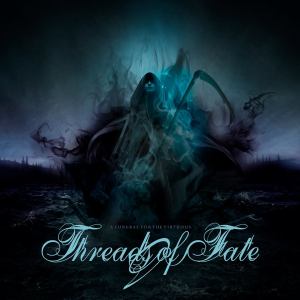 Threads Of Fate
‘A Funeral For The Virtuous’

What a killer disc – it may only be an EP but it has completely rekindled my love of cinematic, symphonic metal. Everything about it is right – the melodies, the pomp, the playing, the heaviness, the atmosphere. I love this disc to the point where I seriously considered breaking the rules and adding it to my full top 30!

“This is, for my tastes, the perfect blend of nostalgia, modern originality, pompous bombast, depth, emotion and gorgeous, sublime melody. I simply cannot wait to hear what comes next because it threatens to be very special indeed.”

If you’re after an uncomplicated and relatively straightforward dose of thrash-infused death metal, this could be the EP for you. It might only contain five short tracks, but it is enough to make an impact and a favourable one at that.

“it is hard to argue with the music when it is just so energetic, bruising and so full of no-nonsense groove. ‘From Beyond’ kicks off with a slightly looser feel but soon injects more irresistible head banging fodder, delivered with apparent ease, as if it is woven into the quartet’s DNA.” 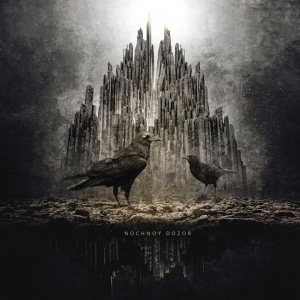 I was massively impressed by this debut EP from Greek metal band Nochnoy Dozor thanks to the variety on offer and the ambitious intent of these musicians. The blend of styles are compelling, especially the juxtaposition between minimalism and full-on intense heavy metal.

“Alongside heavy metal elements such as distorted guitars, bold drumming and rumbling bass, there are elements of ambient, pop, dark rock and doom all interwoven into the six tracks that make up this EP.”

“I genuinely enjoy the music on offer on ‘Nochnoy Dozor’ because it is relatively unique, melodic and well put together. I’d love to hear a full album from Nochnoy Dozor but for the time being, this debut EP is more than enough to get heads turning and announce their arrival in the metal world. I have a good feeling about the future for this properly interesting band.”

In a year where I truly fell in love with the whole ‘tech/prog/death’ subgenre, the duo who go by the name ‘Samskaras’ produced a great short-player to only heighten my admiration of this kind of heavy, complex music. Aggression, brutality and a certain amount of experimentation collided to create four really powerful tracks on this impressive EP.

“what you will find is that the ubiquitous blast beats, gruff vocals and scything riffs lay a very foundation upon which many other elements are laid…I have listened to ‘Lithification’ upwards of seven times in a very short space of time and it has yet to lose its appeal. At less than 20 minutes, it serves as an excellent window into the world of Samskaras…” 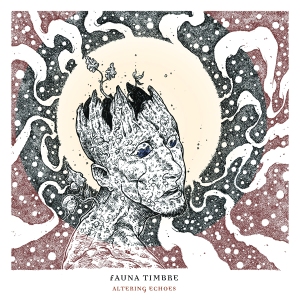 When I happened upon Fauna Timbre, I was so ahead of the curve that I couldn’t find a track online to embed into my review. I was not aware of any other reviews for this debut EP either – maybe I was the first? The thing was, I was so impressed by this offering, that I had to bring it to as wide an audience as possible, as quickly as possible.

“The quiet, tentative and sombre melody that introduces the opening song, ‘Heart Murmurs’ is testament to the dark melancholy tone of the music. Sjøli’s vocals have a Jonas Renkse quality about them in so far as he is able to convey emotion through a simple, uncomplicated delivery that’s also surprisingly mellifluous. His voice travels over a terrain that’s quite stark and minimalist, where the guitars offer a dirty, fuzzed-up sound, the rhythms are intelligent but not overdone.”

“Music like this is too good to remain an unknown quantity for too long.”

After a 13-year absence, Cast The Stone returned in 2018 with a brand new EP, comprised of five new compositions. With a cast that can boast links with the likes of Misery Index, Cattle Decapitation, Scour and Conflux, you’d expect the end product to be of a high standard. And so it has proved here.

“‘Empyrean Atrophy’ sees the quartet blending American death metal, with the generally more organic and melodic Swedish version, whilst injecting a touch of black metal for good measure. And the resulting blackened death metal is really rather intoxicating, too.”

“Right from the off, the thing I like most about the final product here is that the music is both so brutal and dirty and yet it also feels warm, inviting and incredibly immediate. Even on a first listen, I was smitten before the opening track, ‘As The Dead Lie’ was complete.”

After a hiatus of nearly a decade, Unanimated returned in 2018 with a brand new EP, ‘Annihilation’. Often thought of as one of the originators of that Swedish death/black sound that the likes of Dissection made famous, this was an important release for many lovers of underground music. And the slightly more blackened result did not disappoint, even if the length of the release may have done. But you can’t be to churlish when there’s apparently a full-length release on the horizon for some time in 2019.

“‘Annihilation’ has done everything that the band will have hoped it would – it has reminded me and the wider extreme metal world that Unanimated are back. More than that, it has signalled loud and clear that the band have not missed a beat in their near-decade absence.”

Here was another new name for me in 2018, having conspired to completely miss this Canadian instrumental metal band’s debut EP and follow-up 2016 full-length. No such mistakes this time round as Divine Realm managed to catch my ear and then capture my imagination with music that demonstrated a wonderful vibrancy and that ‘joie-de-vivre’ that is often lacking these days.

“Blending classic progressive metal with elements of djent, extreme metal, post-rock and tech metal, with a vague hint of metalcore for good measure, the final product is a multi-faceted, complex and ambitious endeavour. And it works.”

“…the music might be complex, multi-layered and ambitious in its execution, but crucially, the songs are just that – songs. And they contain within them some wonderful melodic intent, not to mention a great structure and plenty of variety to keep the interest piqued.”