Welcome to day three of my Album of the Year 2018 top 30 countdown. Thanks to those of you who have joined me on my epic annual quest to bore the pants off you all as I offer my long-winded round-up of the best new music that 2018 has provided. If you have stamina, you’ll be delighted to know that there are another 27 instalments between now and Christmas. For those of you who have stumbled upon this series and don’t wish for your will to live to be sucked from you, I’d suggest you bail out now and run for your life! Or you could stick with me and maybe discover a record that had eluded you until now. I hope it’s the latter, but no pressure…(cue subliminal messaging: stay, stay, stay)

I think I may have taken a leave of my senses…but rest assured when it comes to my picks and discussion of the music, I remain deadly serious. The albums featured each day are the very best that 2018 has had to offer and it goes without saying that I adore each and every record. It has been another great year for rock and metal music as my picks will hopefully prove.

If you’ve missed the previous picks in this series so far, click the following links:

But enough of that, let’s delve into my next pick: 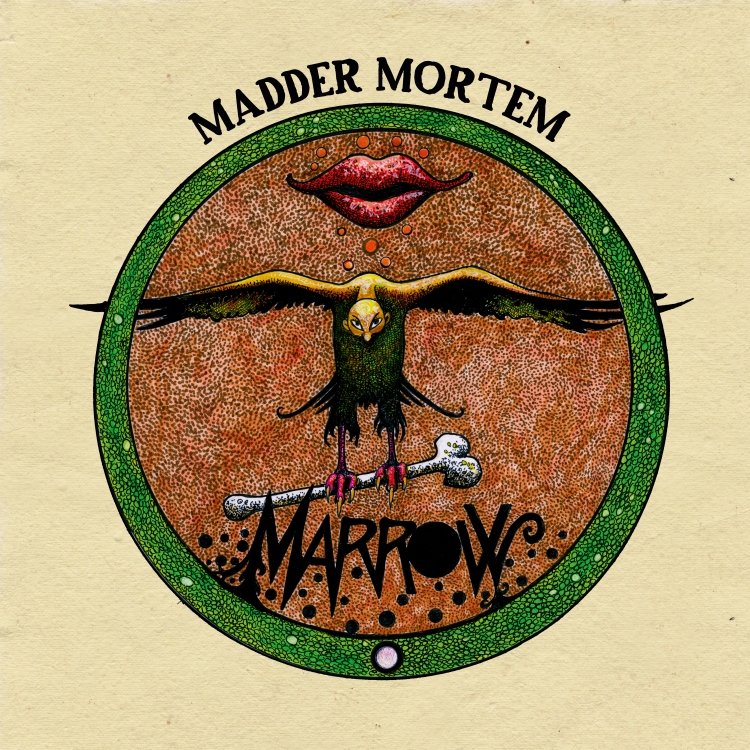 I’m always genuinely pleased when a band that I like makes it into this end-of-year list. Many have failed to make the cut this year again, but the Norwegian enigmas Madder Mortem have justifiable bagged a spot. Not only are they a group of lovely people, they also manage to create some of the most entertaining, challenging and thought-provoking music, wrapped up in an eclectic, avant-garde guise.

What shocked me and continues to shock me, is just how wonderfully inviting ‘Marrow’ is. Previous records haven’t always hit the mark for whatever reason. But album number seven was like a breath of fresh air when first I heard it. Multi-faceted and multi-layered, it is both unique and immediately likable. A lot of this has to do with the melodic sensibilities of this album which, to my ears, are some of the band’s strongest to date. And they appear with wonderful frequency too. You still get the jarring, aggressive sections where vocalist Agnete M. Kirkevaag plays the part of the unhinged, wailing banshee. But equally, she can sound like an ethereal angel, backed up by serene and beautiful soundscapes.

I wondered whether ‘Marrow’ would provide the kind of longevity I was hoping for or whether, once the review was complete, it’d disappear from my stereo without a second thought. The reality is that tracks like ‘Until You Return’ and ‘Liberator’ have made it almost impossible to leave ‘Marrow’ on the shelf. As I type, I’m listening to the blend of doom, death, industrial, prog, acoustic rock that makes this record such an eclectic beast…and I’m realising that it still has the sprinkling of magic that I heard several months ago.

“…a Norwegian quintet that have spent more than 20 years challenging themselves and listeners with new ideas and influences, whilst at the same time cleverly carving out a unique but identifiable core identity. Madder Mortem are certainly one of those bands that deserve the ‘unique’ tag as no-one sounds quite like them. On second thoughts, no-one sounds even remotely similar to Madder Mortem. And it is because of this that I like the band so much.

As with every previous release, it is difficult to accurately describe the Norwegian’s music into a pithy soundbite because it is just too multi-faceted and varied for that.

Despite the generous proportions of this record, I get to the end and invariably feel the need to go back and enjoy it all over again, invariably discovering something new that I’d conspired to miss the last time. In that sense, ‘Marrow’ just gets better and better. If only more bands were as unique and inspiring as Madder Mortem…”