Welcome to the latest instalment of my Album of the Year 2018 top 30 countdown. It comes after a longer-than-planned hiatus caused by a few factors, not least the onset of Christmas and the social events that are like a vortex, sucking my spare time away with alarming voracity. But the slight delay has been caused by my inability to iron out my final running order in this years’ countdown. I have about 14 spaces left but aside from a couple of bankers, the rest keep changing position on a daily basis.

As such, I thought it only fair to take my time, have a listen to all of the contenders and put them into a cast-iron order…or something close at least. I have finally settled on the positionings* and, whilst I’m never going to be 100% happy, I think that this is the fairest result based on things like number of plays, the feeling the music gives me, the consistency and those other intangible aspects that mean they are deserving of the positioning that each record from now on is going to get.

*well, for today anyway – I’m bound to change the order again at some point”!

As always, if you’ve missed any of my previous posts, head down to the bottom of this post to check out the links for numbers 30-16.

With all of that out of the way, here comes the latest choice… 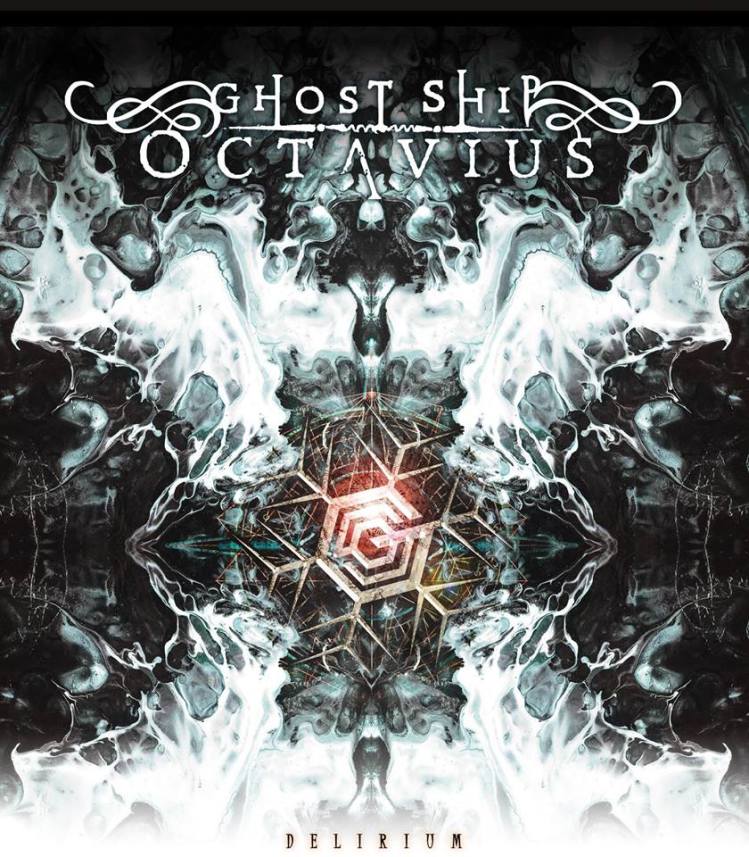 The placing of this impressive record is down to one thing and one thing only: the impossibly high standard of material that came out during 2018. Had this year not been as strong as it has turned out to be, this sophomore effort from Ghost Ship Octavius might well have been safely embedded within my top 10. However, a combination of stellar releases from some of my favourite bands and some incredible albums out of leftfield has conspired to put ‘Delirium’ at the number 14 spot.

However, for a band that has literally no PR and whose release I very nearly missed altogether for a second time, this must be seen as a positive result – at least I hope the guys within the band think so. We shall see…

I am genuinely delighted nonetheless to feature this album within the top 30 because it is bands like this that I hoped to champion and bring to the forefront of people’s attention. Here is a band that features Matthew Wicklund (ex-God Forbid) and Van Williams (ex-Nevermore) and yet they remain criminally underrated. Take time out to spin ‘Delirium’ just once and you’ll realise why this is nothing short of a travesty. Melodic, progressive, theatrical and intense are just four well-chosen descriptors for ‘Delirium’ and I just hope and pray that enough people tune into Ghost Ship Octavius to ensure that the band sticks around to produce more music of this quality in the coming years.

“There isn’t time to settle or ease in to ‘Delirium’ gently because the opening track, ‘Turned To Ice’ only offers a few seconds of theatrical-sounding panache before it bursts into life with a great riff, energetic drumming and the wailing of lead guitars over the top. It isn’t much longer before vocalist Adōn Fanion comes marching into battle. No longer an unknown entity, he comes out fighting, clearly looking to build his reputation further and apparently unphased by the added scrutiny this time around.

What I absolutely adore about this record, as demonstrated in this opening salvo, is the sense of theatre and drama within it. It is just so dynamic, with plenty going on at each turn for the listener to digest, almost like a heavy metal opera of sorts. The variety and the changes in mood and atmosphere keep me rapt from start to finish. Personally speaking, I just cannot help but get caught up in ‘Delirium’, swept along for the thrill-ride that this album is.

‘Delirium’ might be relatively immediate-sounding, due in large part to the copious hooks and melodies throughout, but it is also a deceptively complex recording too that occasionally delves into the realms of thrash metal, progressive rock and power metal.

Then there are the clever shifts in tone, tempo or rhythm, with transitions so smooth that they almost slip by unnoticed. Ghost Ship Octavius prove here that progressive music doesn’t have to be impenetrable or hard work.

It is no exaggeration to restate that ‘Delirium’ has to be one of the strongest releases that 2018 has delivered to date. It is a truly excellent blend of heaviness, melody, theatrics and powerful bombast with enough complexity to give the record plenty of longevity. Ghost Ship Octavius deserve to be dining at the top table of heavy metal because ‘Delirium’ is a genuinely killer record.”